The option of Merge Images can help to merge more image files to one in order to manage image file more easily.

For example:
You create a task which backs up D:\work every day. One month later there will be 30 image files. Every image file is a different version (also called a point-in-time). This function enables you to merge all these backup versions into a single image file. 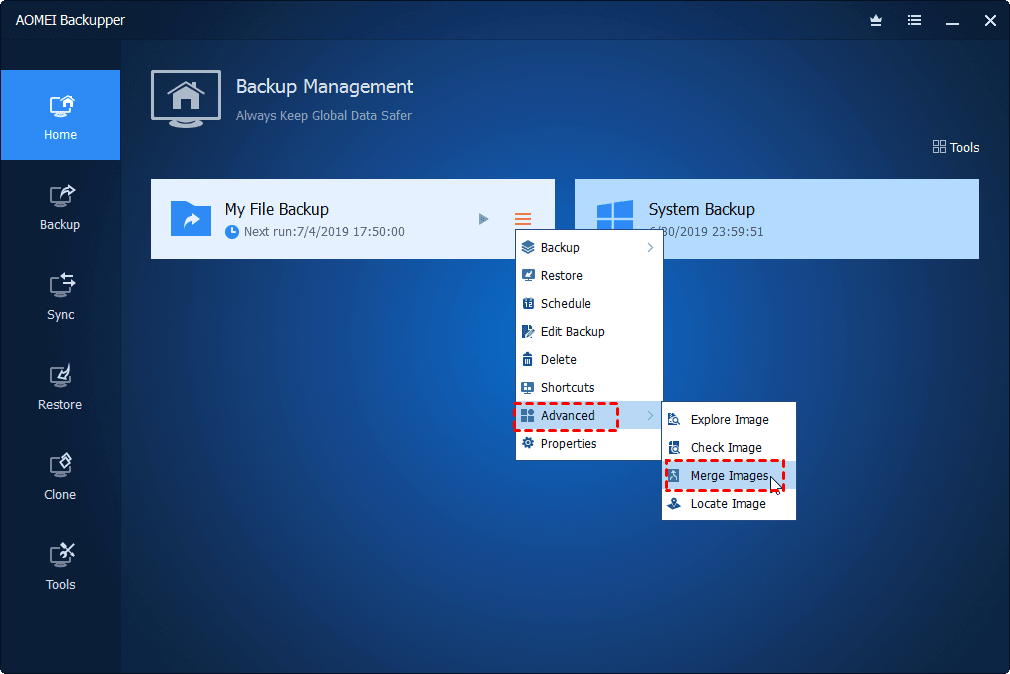 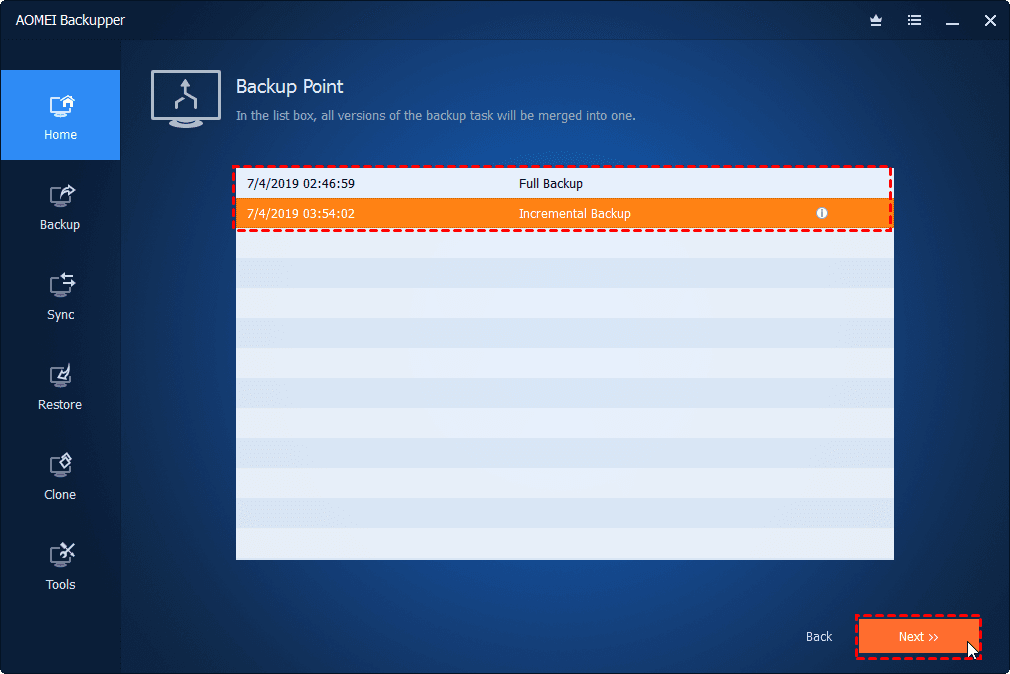 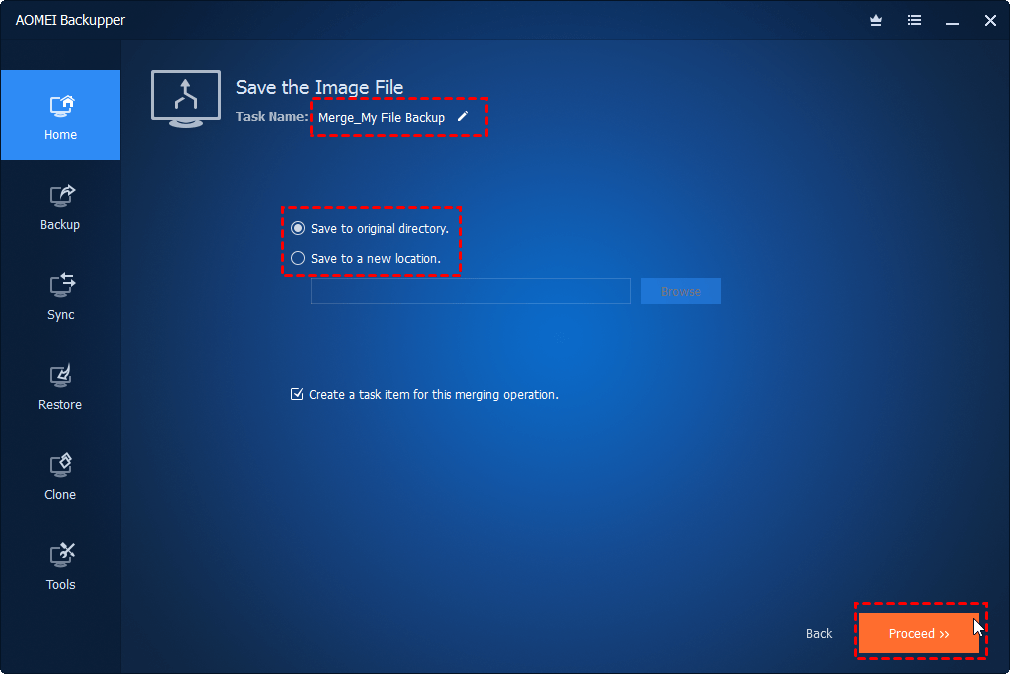 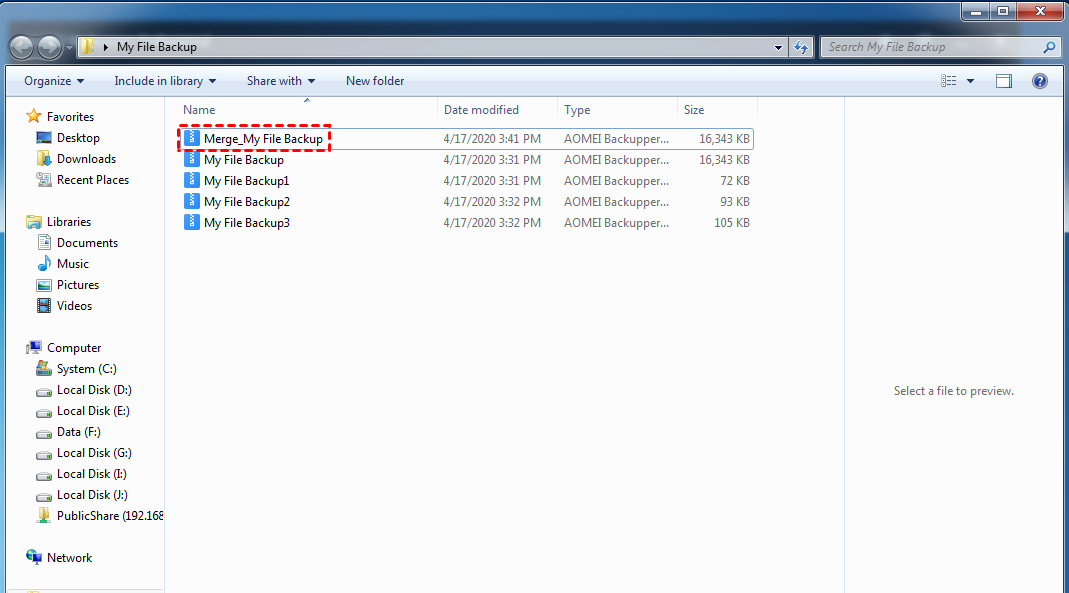