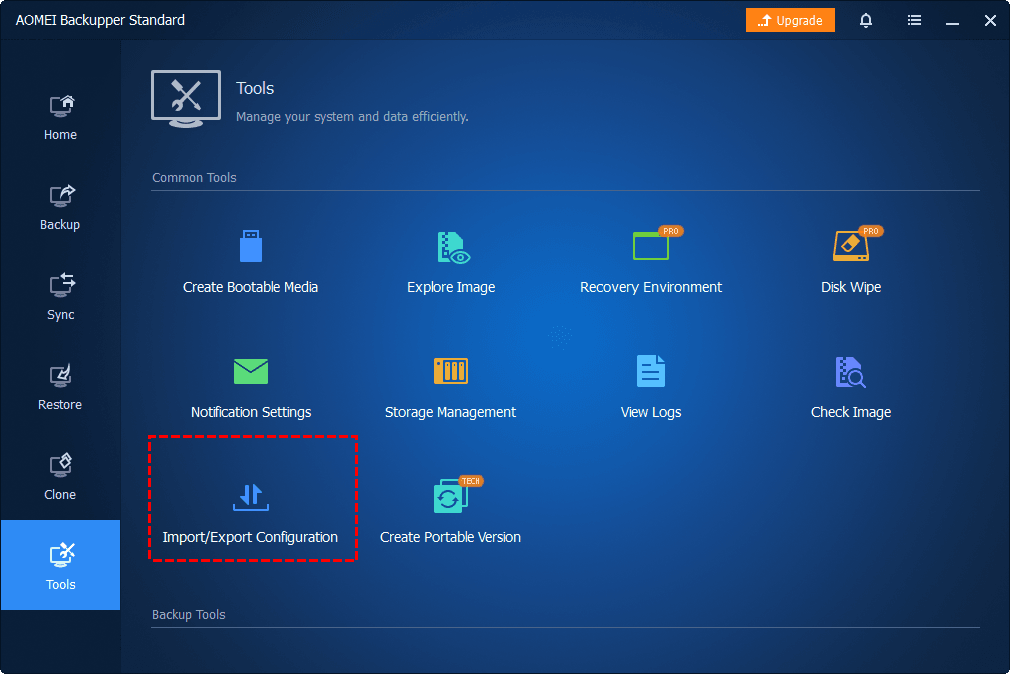 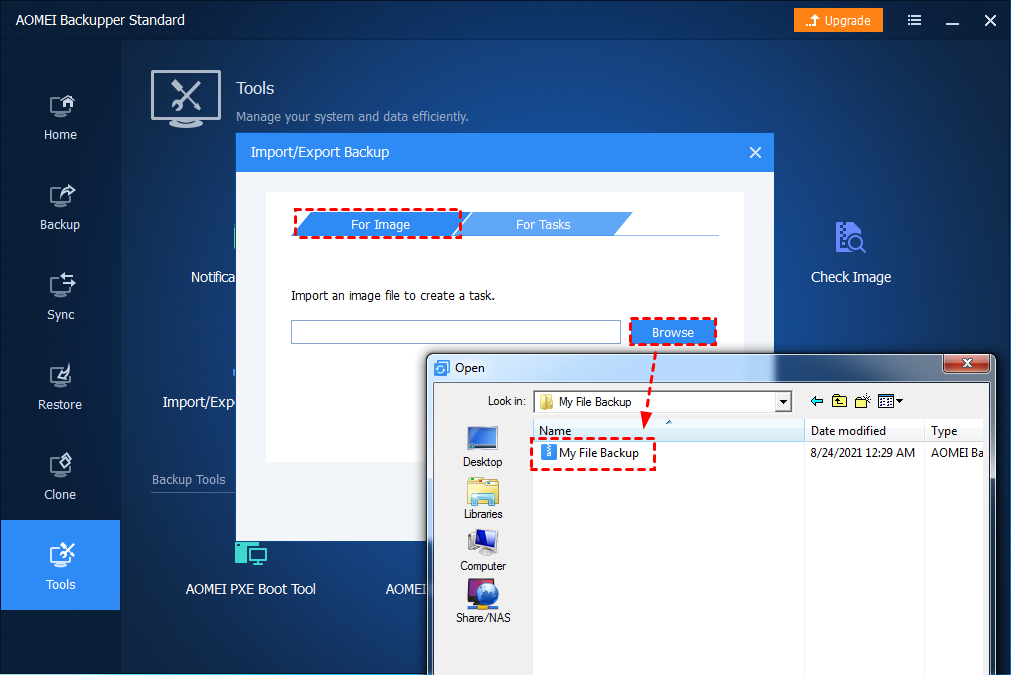 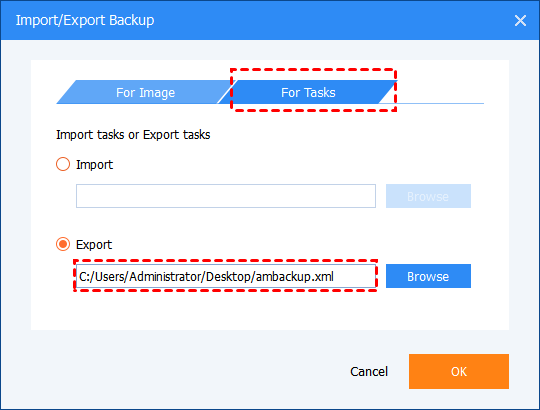 1. Import Configuration. (To recover both backup and sync tasks.)

As described above, if there is a backup image, you can simply recover the backup task by the option "Import Image.