How to Turn off the “Secure Boot” Option

If “Secure Boot” is enabled, you can't install other systems on the computer but only use the original system. Learn how to turn off “Secure Boot” here.

For example, when “Secure Boot” option turns on, it is impossible for you to downgrade system from Windows 8 to Windows 7. Fortunately, you can enter into BIOS setting to turn off this option and then non-original system is able to boot.

Step 1. When your computer starts up, you can press Delete key to enter into BIOS in common situation. (Some computers may require pressing F2 or F12, you can check the computer's motherboard specification or computer’s user manual for detail.)

Step 2. After that, you can find “Secure Boot” option in BIOS (usually under “Security” or “Boot” option), just as the following pictures show: 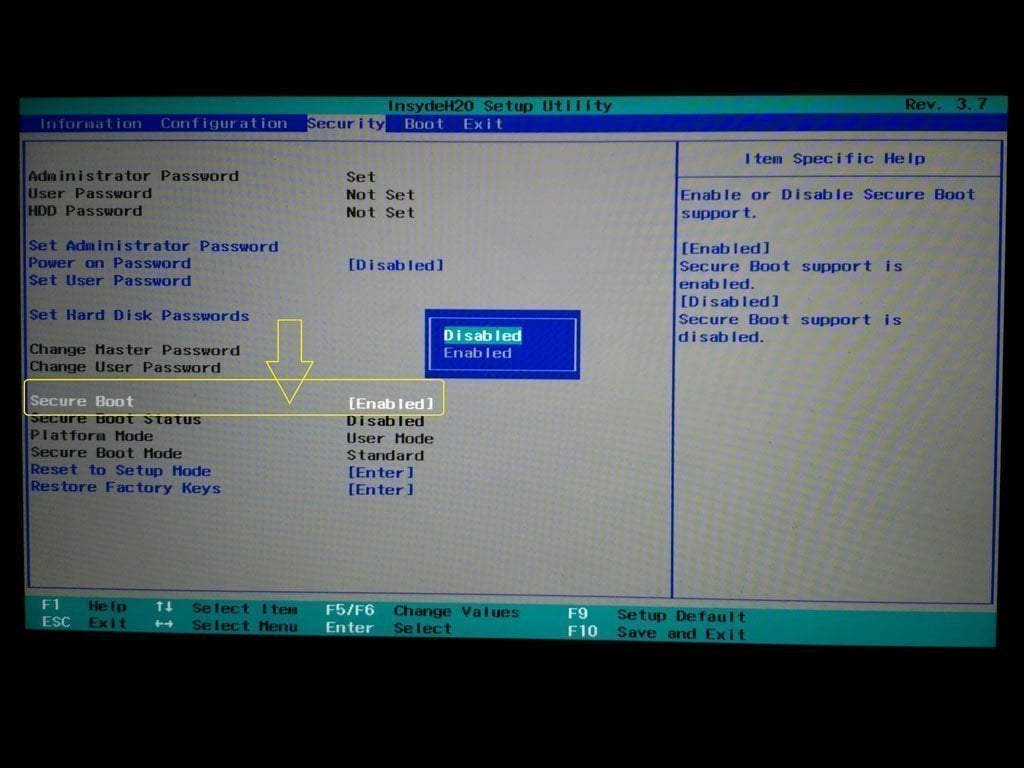 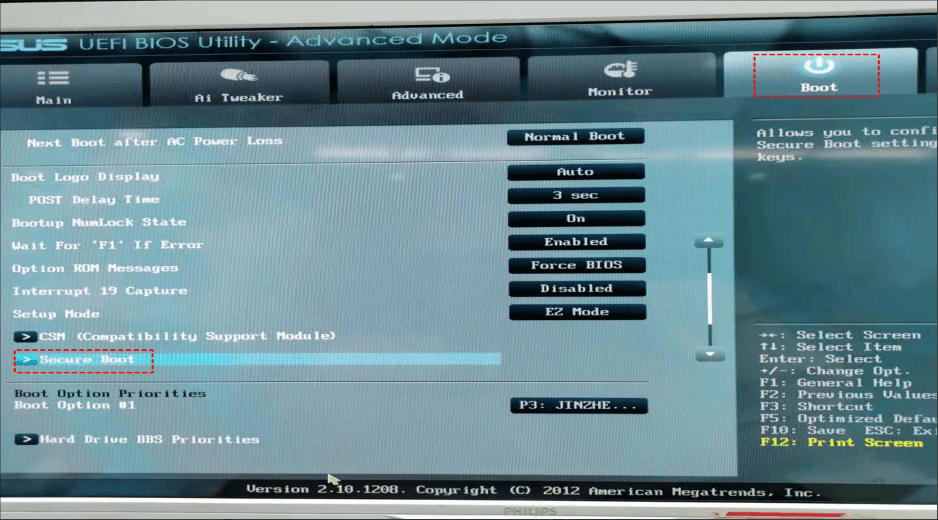 Step 3. After turning off “Secure Boot”, press F10 to save the setting and exit BIOS. Then continue to press F11 key and you will be allowed to enter AOMEI system recovery environment for system recovery or system backup.

Finally, after exit AOMEI recovery environment, you need to enter BIOS again to turn on “Secure Boot” to make sure your original system can boot.