Most SSDs you can buy these days are great, but some of them are still better than others. Samsung is one of the best manufacturers in the field of SSD because it makes its own SSD controllers, firmware and NAND. Samsung SSD is divided into several series, such as 840 Pro, 840 EVO, 850 Pro, 850 EVO, etc. Besides, the storage capacity is designed from 128GB to 2TB.

Why move OS to Samsung SSD?

With the rapid development of computer science and technology, hard disks also become more advanced. One is SSD (Solid State Drive) which has a faster speed and better performance than traditional HDD (Hard Disk Drive). There’s no doubt that Samsung SSD has already been one of good choices when installing a computer. However, the capacity can be a problem. As time goes by, a large amount of data may occupy your whole disk, especially for the lower-capacity one. Maybe you’re going to buy a new Samsung SSD that with larger space to replace the original one. But what should you do if you want to move Windows to that new Samsung SSD? Or you’re intending to purchase a new computer but you’re still fond of all things in the old one. What should you do? Now, an ideal way will be introduced. That is clone.

How to move installation to Samsung SSD with AOMEI Backupper?

As you know, simply "Copy" and "Paste" can not be used to move OS (operating system) and applications because they may not work normally through such kind of operations. Thus, clone - another type of copy comes out. Although there’s a software named Samsung Magician, it just supports Samsung SSD. So here, AOMEI Backupper is recommended. Not only Samsung, other brands are also supported. The following article will show you how to transfer a whole disk to another SSD with AOMEI Backupper. Anyway, if you just need the system partition or other designated partitions, it also can be realized.

Above all, download AOMEI Backupper, then prepare a larger and faster storage device. By the way, as numerous people are employing Samsung electronics nowadays. Samsung SSD is going to be used as an example.

Step 1: Install and launch AOMEI Backupper. Connect Samsung SSD to your computer until being detected. 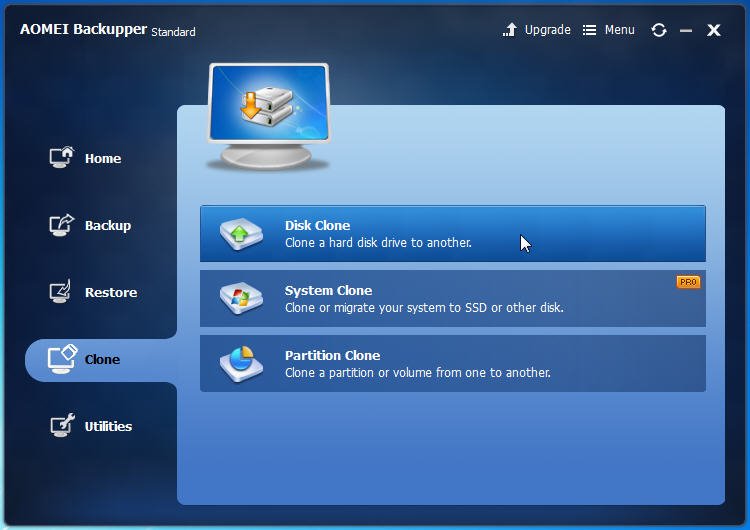 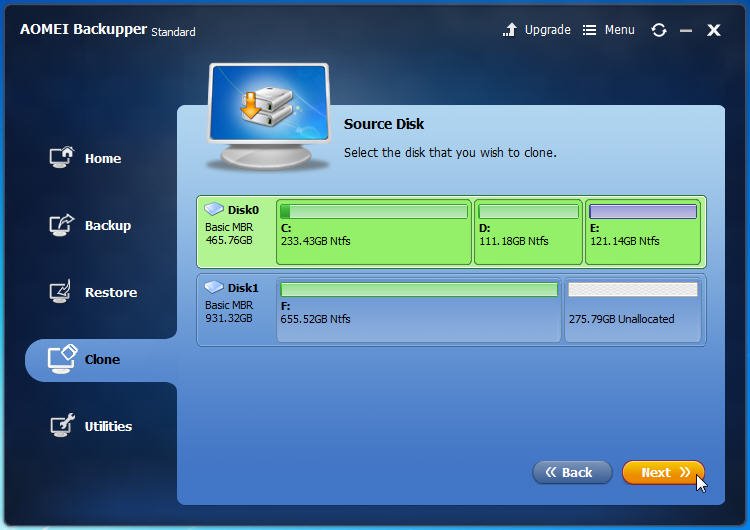 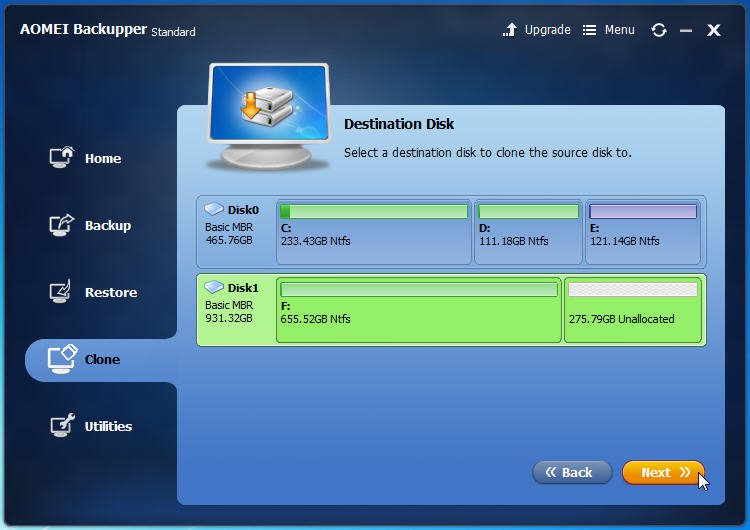 Step 5: A window will pop up. Please read it carefully and make a confirmation. 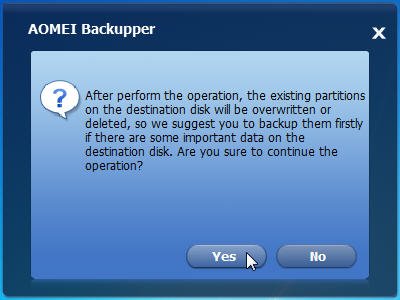 Step 6: Before clicking “Start Clone” to execute, there are 3 options may give a help. 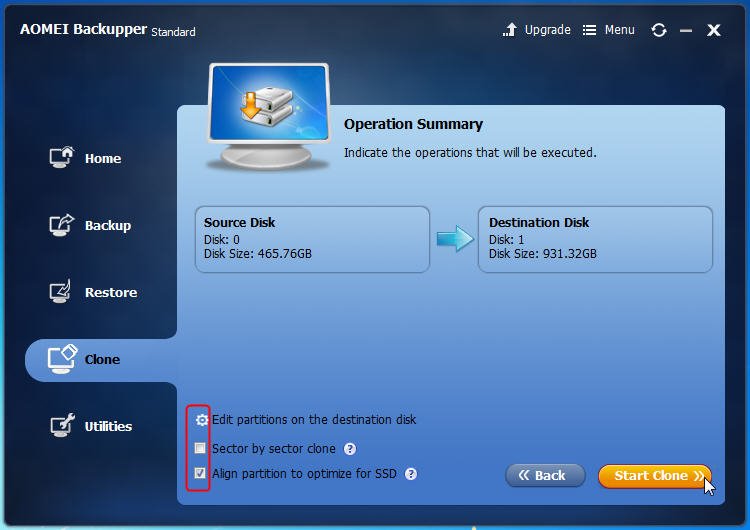 Step 7: Now you just need some time to wait for task accomplishement. Don’t forget to click “Finish” after it ends.

Notice: This operation won’t interrupt any running program. You can surf the Internet or do other things while moving Windows to Samsung SSD. When cloning is finished, you’d better not boot the computer from the destination disk directly. In order to make Windows bootable from the new SSD, please shut down your computer. Then disconnect the source disk and connect the destination disk. What’s more, functions like “Disk Backup”, “System Backup” in AOMEI Backupper also do the trick.