You learn how to migrate Windows 10 to Samsung SSD with Samsung Data Migration or best Samsung SSD clone software - AOMEI Backupper. The latter one is easier and more stable.

How to move OS to Samsung SSD in Windows 10?

Can I move OS to SSD Samsung?

I have a problem, please help. I just purchased a Samsung 860 EVO and I currently have a Toshiba hard drive in my Windows 10 computer, I never migrated OS to an SSD drive. So I was wondering the easiest way to move the OS to Samsung SSD, Thanks a lot.

Step 1. Open Samsung Data Migration, and connect your Samsung SSD, choose the Windows 10 system disk as the source disk, you could choose up to 3 partitions on the HDD. 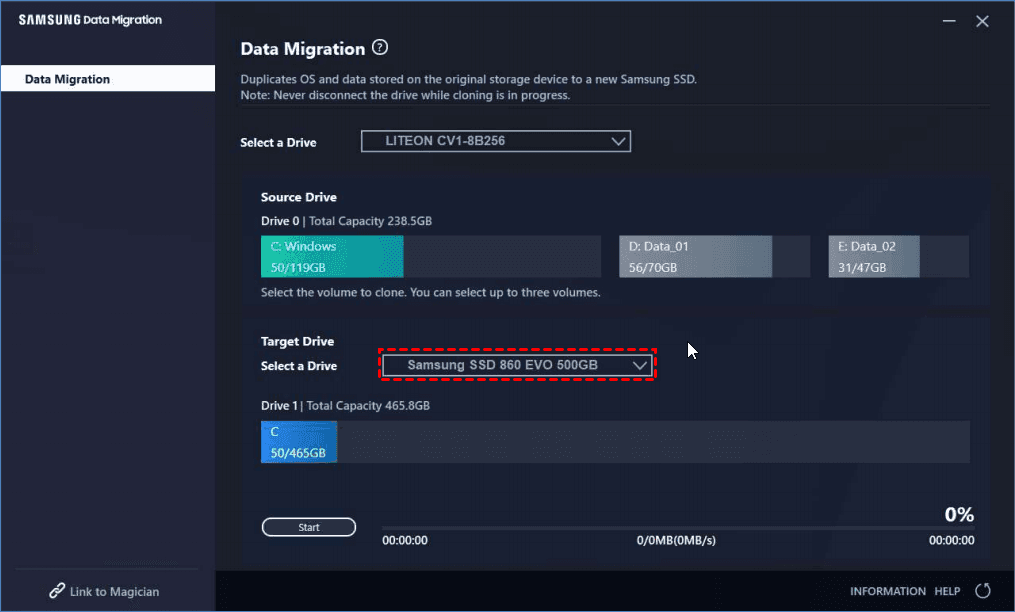 Step 2. Select the Samsung SSD as the Target Disk. 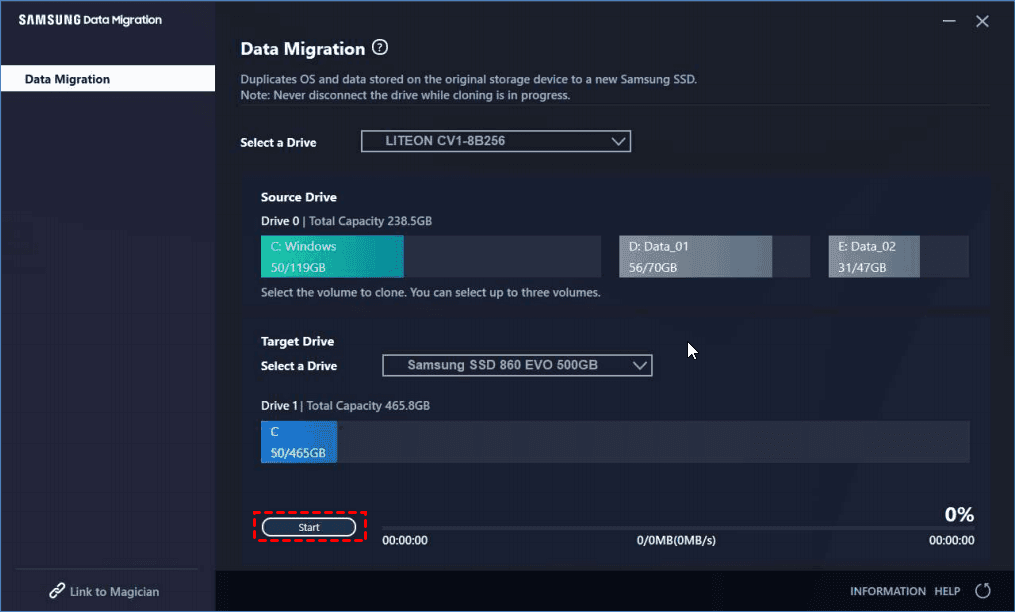 Then, the Samsung SSD migration process will start and finished after a while.

As the hard drive cloning software, AOMEI Backupper Professional could be the best Samsung SSD clone software for Windows 10, 8.1, 8, 7, Vista, XP (32-bit and 64-bit), which allows you to migrate Windows 10 to Samsung SSD with simple clicks, no matter what the disk is system disk or data disk. It’s available for any brands of HDDs and SSDs.

It provides you with two ways to execute Samsung SSD clone in Windows 10, namely, Disk Clone and System Clone. You can choose which way you want to use, depending on the items you want to clone, entire disk or only OS partition.
And it is capable of improving the performance of SSDs with SSD Alignment, cloning all sectors of a hard drive with Sector by sector clone, edit partition size of the destination disk with Edit Partiton to make full of unallocated space after cloning.

(PS: It has 30-day free trial and the Clone features can be demonstrated only, you need to upgrade to unlock. 20% off discount for 1 PC. )

★Notes:
You can migrate OS from MBR HDD to GPT SSD and vice versa. Also, cloning system from GPT to GPT or MBR to MBR is supported.
To Clone Windows Server 2016/2019/2022 etc, try AOMEI Backupper Server.

Step 2. Select your Samsung SSD as the destination. Because all system partitions related to system files and boot files are selected by default. And click Next >>.

Step 3. Tick SSD Alignment option to accelerate the writing and reading speed of the Samsung SSD, as well as prolong the lifespan. Then click Start Clone to migrate Windows 10 to Samsung SSD.

Tips:
❤ If you are cloning disk to larger Samsung SSD, you could choose the Sector By Sector Clone to clone all sectors on the source disk, no matter what it’s blank, used or bad sectors. Uncheck this option will skip the bad sectors if exist.
❤ Beside cloning only system, this software also support cloning Windows 10 to new hard drive, clone HDD to Samsung SSD, clone hard drive to WD SSD, copy data from one SSD to another, etc.

After cloning OS to Samsung SSD in Windows 10, you still need to check if it's bootable. Otherwise, you can only choose to reinstall Windows 10 and other items from scratch. Here are 2 methods you can try:

Cloning is the best way to migrate Windows 10 to Samsung SSD, you can try Samsung Data Migration or third-party Samsung SSD clone software - AOMEI Backupper Professional. You don't need to reinstall Windows, programs, etc and lose data during the process. By comparison, the latter one is easier and more compatible. You can not only use it to moves OS to Samsung SSD, but also other SSD brands, such as, WD, Seagate, SanDisk, etc.

For IT professionals, you could try AOMEI Backupper Technician, which allows you to deploy system image to multiple computers within LAN. Thus, you don't need to configure all the computers one by one. Also, you can create portable version of this software with the technician edition of AOMEI Backupper, then you can run it directly off removable devices to clone or migrate Windows 10.