Should you upgrade to Windows Server 2016?

Next, I’ll introduce you some new features in detail.

Which operating systems can be upgraded to which editions of Windows Server 2016?

To show you the upgrade possibilities, here's a table with detailed information. Note if your current edition is not listed in the left column, it's not supported to upgrade to Windows Server 2016.

The following should also be noted:

Before the start, you need to do some Windows Server 2016 upgrade preparations. Just see below.

✔ Make sure the applications are compatible. Since Windows Server 2016 only supports x64 bit operating system, you need to check if the installed programs is x64 bit. If not, it may work improperly after the upgrade.

✔ Ensure all Windows updates are complete and no virtual machines running. If there are any upcoming updates in previous version, such as, Server 2012, the upgrade process may fail.

✔ Verify if your disk has enough space. The minimal space for core installation is 32GB, but you may need more space. Because you may need to install new applications, save files and folders on the system drive in the future.

To allocate free space, you can use computer management in server or third-party partition manager like AOMEI Partition Assistant Server. Here take later as an example: 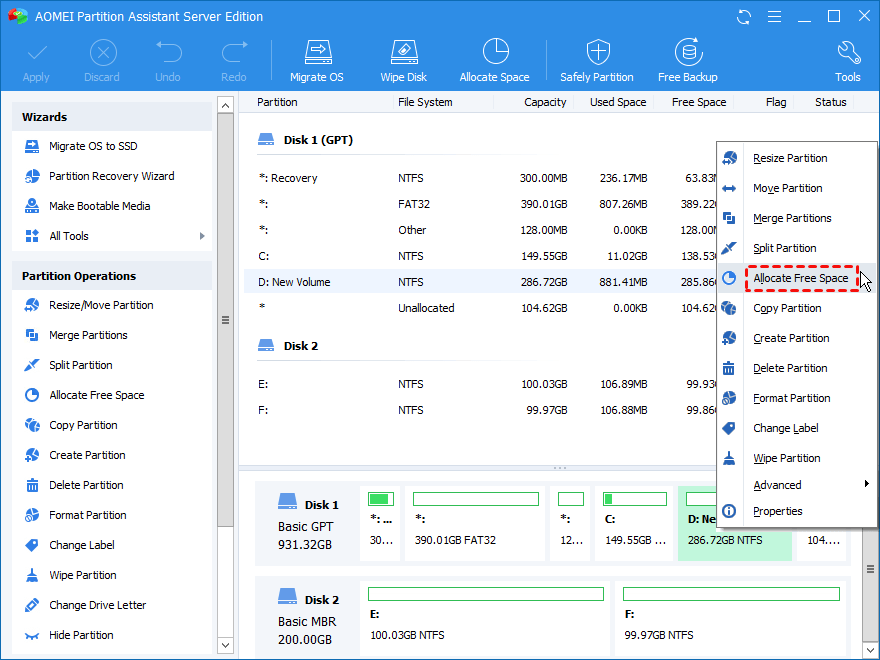 ✔ Backup your server for backup or rollback. Speaking of upgrading Windows Server 2012 to Windows Server 2016, you may worry about data loss or system failure. In addition, there is a possibility that you may not be used to the new operating system and want to roll back to previous version. So, it’s necessary to backup system to USB drive for your current server. The detailed steps are in the next part.

Unlike upgrading to Windows 10 or other systems, Microsoft does not support rolling back windows server 2016 to 2012 if you perform a in-plance upgrade. So it's recommended to back up your server with a reliable and easy-to-use software - AOMEI Backupper Server.

Besides, there are two main reasons for this operation:

Then, how to image Windows Server 2012 to new hard drive successfully? You need to use System Backup or Disk Backup in this software. To backup files or folders, try File Backup or Cloud Backup instead. Besides, there are some features for long-term data protection:

Schedule Backup: Daily, Weekly, Monthly, Event triggers, USB plug in. All of them help you backup server 2012 continuouly and avoid data loss owing to forgetting to backup, but with different priorities. You can choose them based on your frequencies, or specific events like System Shutdown. Besides, you can directly use the plug-and-pull backup feature - USB plug in if your target disk is a USB drive.
Backup Scheme: To manage backup disk professionally, you can choose to backup only changed files with incremental or differential backup, or directly delete old backups regularly with one of the automatic backup cleanup methods. It's the most effective way to resolve the backup disk full issue, especially if you have a smaller one.

In addition, there are some less impressive small functions, but very good, such as Wake the computer to run scheduled tasks, with it, you easily open backup software and run scheduled task during off-peak hours, without human intervention.

And it has an intuitive interface allowing you to understand the operation in a very short time. Please download AOMEI Backupper Server and install on your computer.

Step 1. On the main page, click on the “Backup” tab, and then select “System Backup”.

Step 3. In the next screen, the items needed for a system restore is automatically included, and all you need to do is click the folder shaped button to select the target location. It's suggested to backup Windows Server 2012 to new hard drive, USB drive, network drive, NAS or cloud drives.

And on AOMEI Backupper TechPlus edition, you can use it to backup system on unlimited PCs and servers within a company. To make it more convenient, you can choose to create a portable version of AOMEI Backupper and run it off a flash drive without installing again. 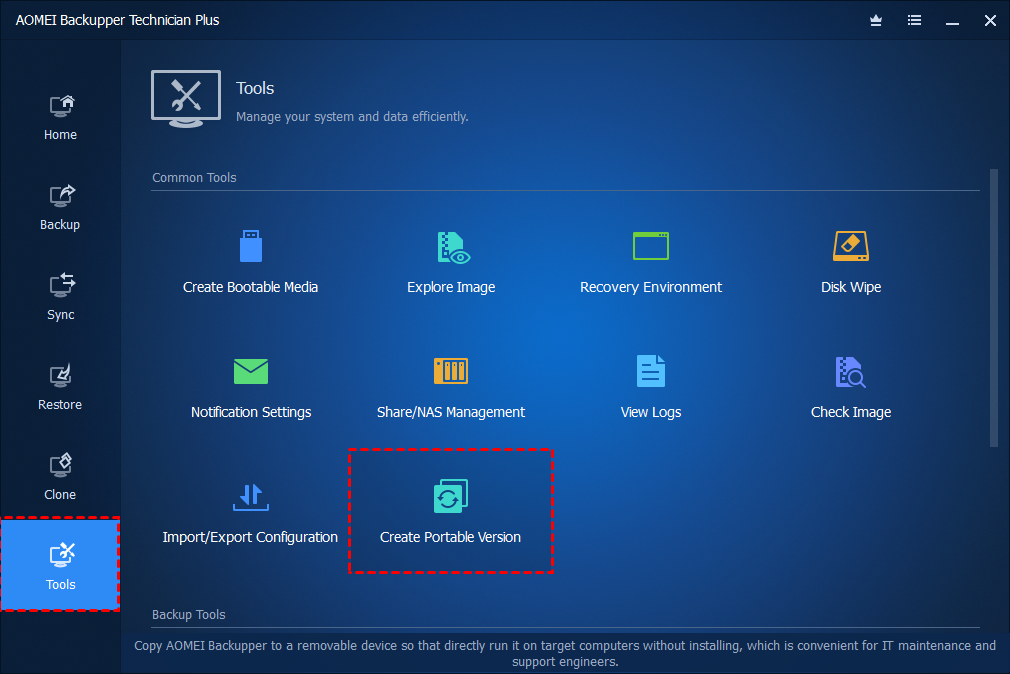 Step 1. Log in to Windows Server 2012 R2 and download the media file from Microsoft, then double-click it to update and install 2016.

Step 2. In the first Setup window, tick “Download and install updates”, and “I want to help make the installation of Windows better”, then click “Next”.

Step 3. Input the product key of the current server and click “Next”. You can go the properties of the server, then scroll down to the product ID and remember it.

Step 4. Select the image you want to install and click “Next.”

Step 6. Tick “Keep personal files and apps” and click “Next”. If you don’t choose the right version, the first option will be unavailable. 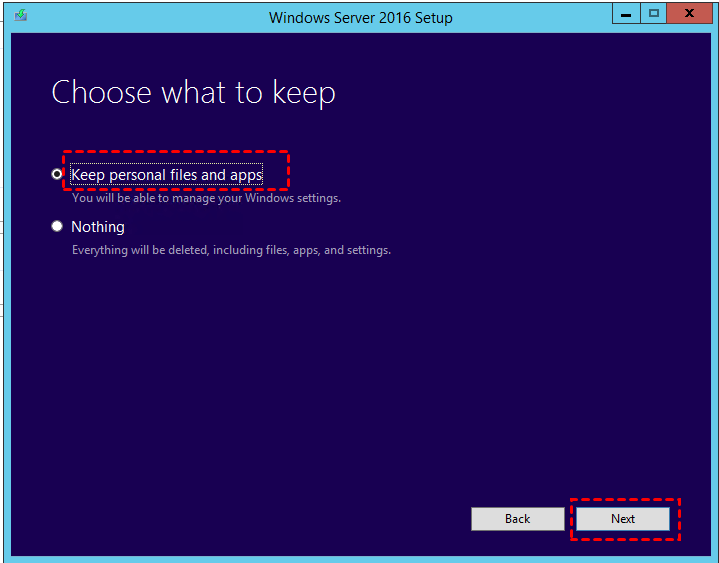 Note: If you upgrade Windows Server 2012 to 2019, you may receive the error "keep personal files and apps greyed out windows server 2012 r2 to 2019", that's because you select a Windows versions different from the one you are currently using.

Step 7. Then, you may see some warning messages and click “Confirm” at the right side. 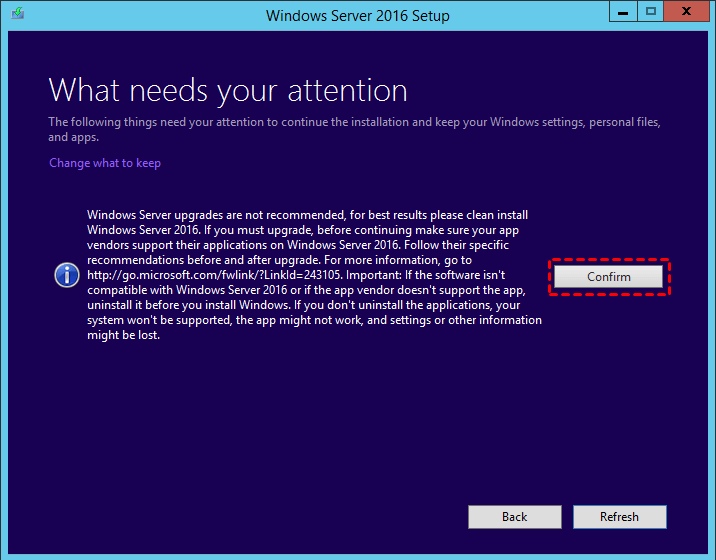 Note: If there is a message, saying, “Active Directory on this domain controller does not contain Windows Server ADPREP /FORESTPREP updates.”, you need to open cmd and change drive letter of the media file with the following commands.
• E: (This is the drive letter of media file.)
• cd /support/adprep
• adprep.exe /forestprep
• c
• adprep.exe /domainprep
• c

Step 8. Click “Refresh” and then “Install” to start the installation of Windows Server 2016. Wait until the process ends and set up your preferences.

Wait until the process ends and set up your preferences. And then, you can use this operating system to do what you want, if you are not used to it, or the system crashes, you can restore Windows 2012 system image from Windows Server 2016.

Also, if there is any data loss, you can choose to restore files from backup, even if you don't create a file backup. In this case, you need to use the Explore Image feature to mount backup image and copy files from them. 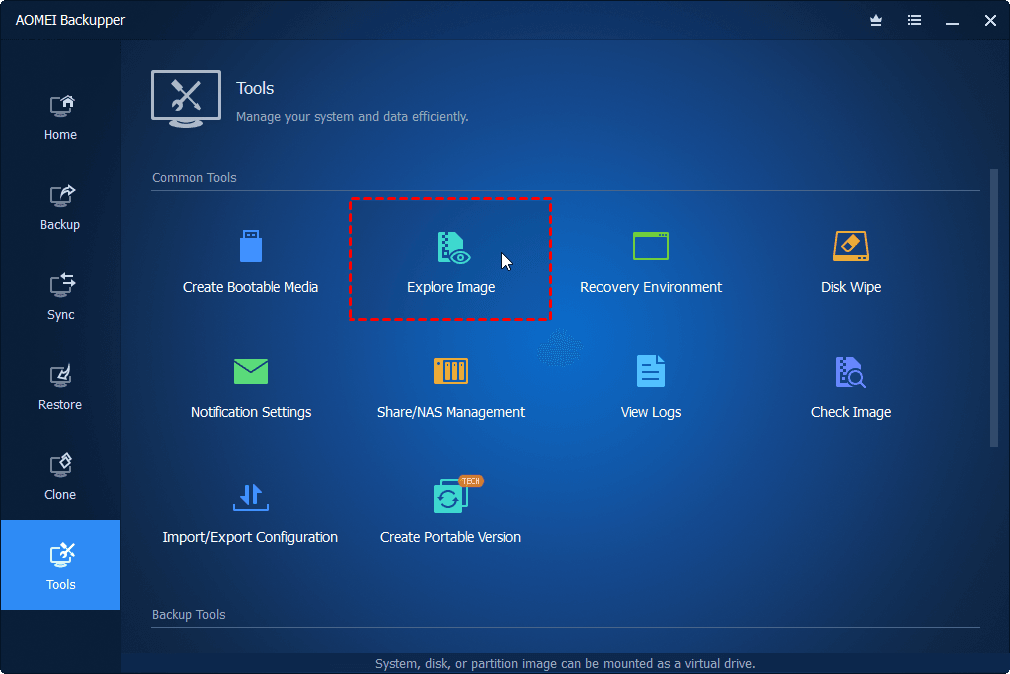 When it comes to preparing for Windows Server 2016 upgrade, you need to know this operating system first, then make preparations and install 2016. To avoid any unexpected error, it's highly recommended to backup system and keep it installed on the new system.

With it, you can schedule backup system, disk, partition or files for disaster recovery, and manage backup disk full effectively with the help of different backup features. Only in this case, your image is the latest version and you don’t need to reinstall Windows and programs if the operating system is damaged.