This article describes why backup Windows Server 2016 to external hard drive and 2 ways to achieve the goal, including the built-in tool and the professional third-party software.

The importance of server backup needs no further elaboration, but there are still many different opinions on the choice of backup destination. One of the most widely accepted ideas is that you should keep at least one backup somewhere other than your local disk. For example, you can backup Windows Server 2016 to an external hard drive.

There are a number of benefits to doing so:

Windows Server 2016 has a backup tool called Windows Server Backup (WSB). It is not installed by default, to make use of its backup features, you can try the following path:

After installing it, you can open Start menu, choose Tools in Server Manager and select Windows Server Backup to get started. 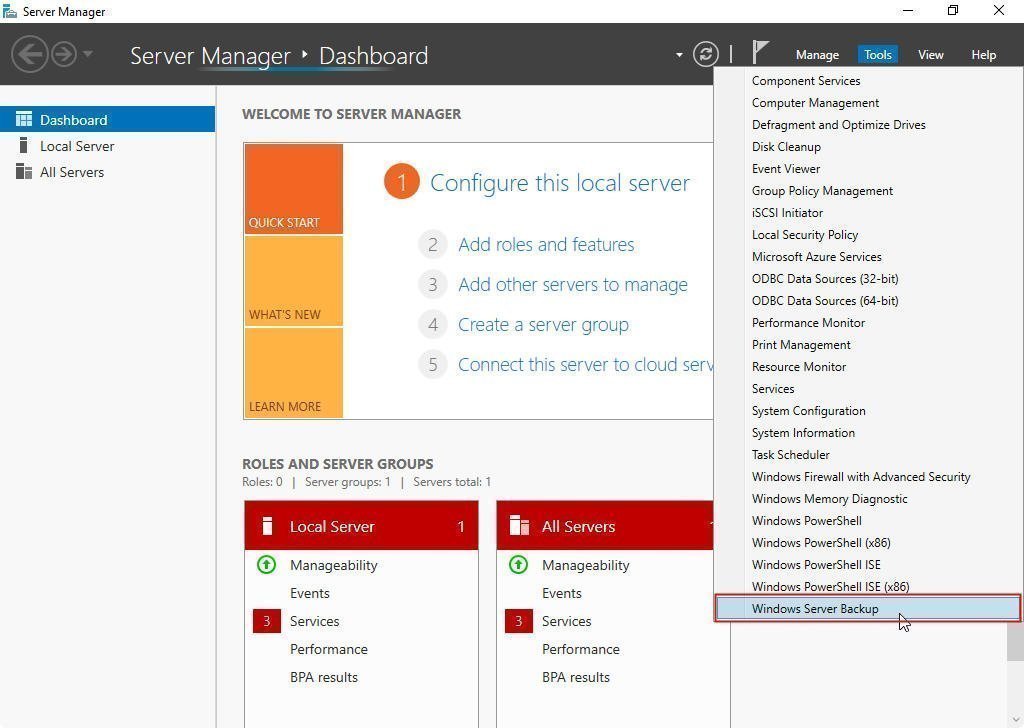 Then, choose Backup schedule or Backup Once at the Actions pane according to your requirements. 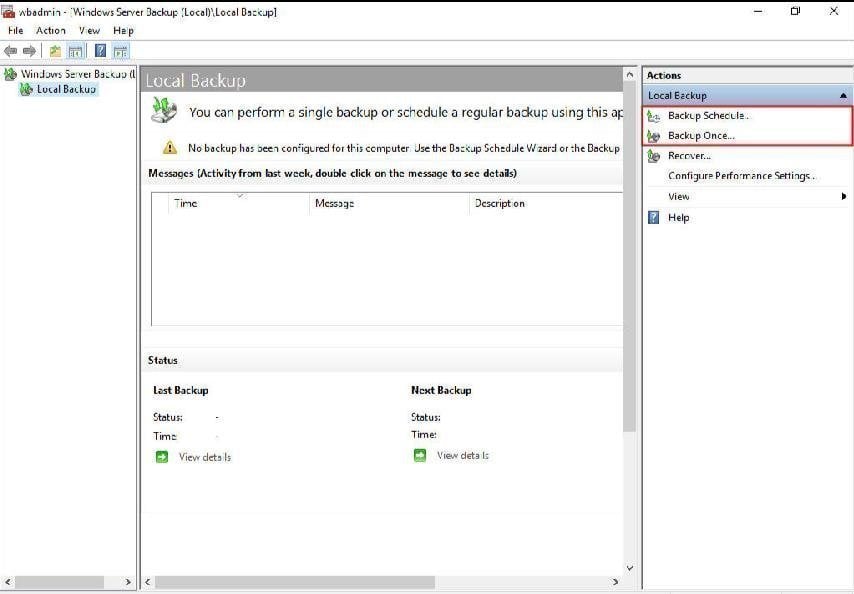 Follow the wizard to back up step by step. To backup Windows Server 2016 to external hard drive, you can select the destination as the device you need. 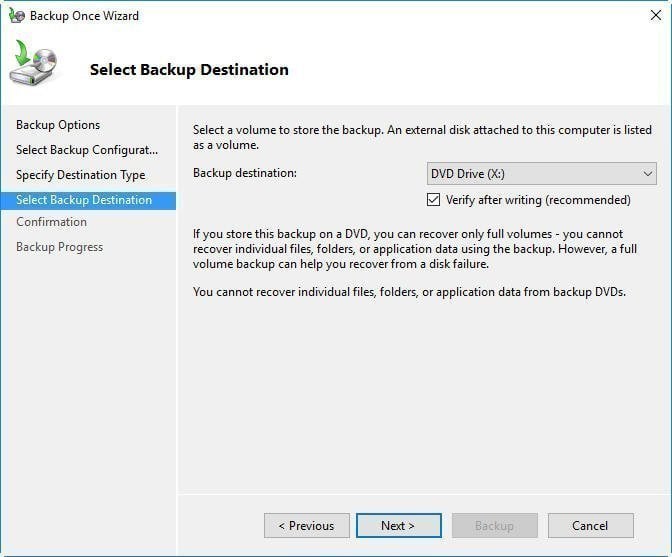 After all the settings, you can backup your Windows Server 2016 to an external hard drive. But with so many operations, don’t you think it is troublesome? The next chapter will introduce an easier way.

✪ It supports backing up files, partitions, OS or entire disk as you want.
✪ It allows you to save backup images to various devices, including internal/external drive, USB flash drive, NAS, network share and cloud drive. So you can create on-site and off-site backups to implement 3-2-1 backup strategy easily.
✪ Multiple backup schedules are available, like Daily, Weekly, Monthly and Event Triggers.

Step 1. Click the download button below to install AOMEI Backupper Server and then launch it. It will show you its deep-blue GUI. Click Backup, and you will see the backup types here. Select System Backup.

Step 2. The System Backup will select the source part by default, so here, you just need to select the external hard drive you plugged in before as the destination space to store the whole data on the system drives.

Tip: If you'd like to perform Windows Server 2016 backup to USB drive, plug in the USB drive and select it as the backup destination here.

>> Options: You can add a comment for your backup, set email notifications and make password protection for your backup, etc.
>> Backup Schedule: You can set up an automatic backup in Windows Server 2016 for daily, weekly, monthly, or based on events, etc.
>> Backup Scheme: Choose to create incremental or differential backup for Windows Server 2016. Or enable automatic backup cleanup to auto delete old backup images.

Besides backing up Windows Server 2016 to external hard drive, AOMEI Backupper Server also enables you to clone hard drive on Windows Server, create Windows Server repair disk, and create recovery environment, etc. It should be the best software for keeping your data safe.