Want to learn how to image Windows Server 2012 to new hard drive? This article provides you 2 efficient ways. If you are interested, please continue reading.

Windows Server 2012 is mostly used by small to medium business company administers and IT experts in large companies as well as some individual fans. Therefore, server 2012 contains not only personal documents and files but also, more importantly, the significant information and commercial data of clients. Thus, to image Windows Server 2012 to new hard drive or to network drive or other storage devices is extremely urgent.

When you image Windows Server 2012 (R2), mostly, you are doing a system backup of that computer, which includes system state, settings, and all the important applications in server 2012. Once you have regular images of Server 2012, you will not be flurried if you encounter virus attack, accidental system crash, or computer fails.

Once added, open Server Manager and click on the Tools menu, select Windows Server Backup and install it. Then go “Local Backup”-> “Backup Schedule” (backup once is available)-> “Select Backup Configuration”-> “Specify Backup Time” (once a day, more than once a day)-> “Specify Destination Type” - > “Confirmation”. 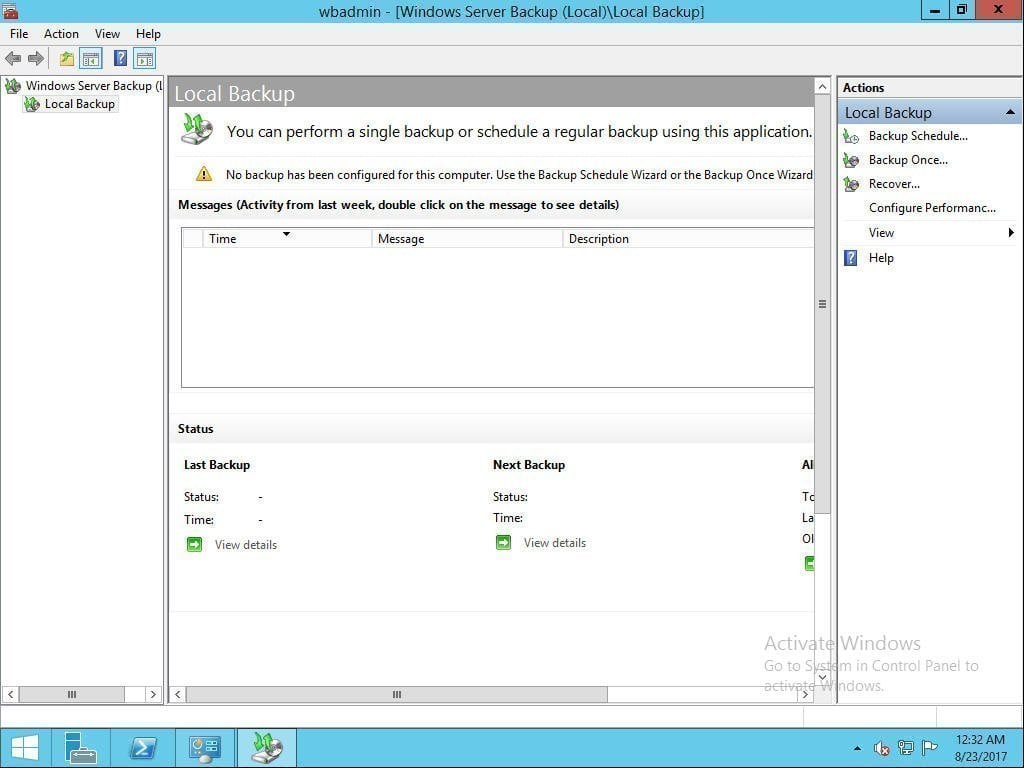 After setting the personal configurations, you can start to backup. Please note that if you choose “back up to a shared network folder”, you have to input the location and offer administrator information when necessary.

When you want to image Windows Server 2012 to a new hard drive, all you need to do is select the system backup you created earlier and then perform a system state restore.

Besides, Windows Server 2012 R2 end of life on October 10, 2023. That's to say, Microsoft does not provides you with security update or patch it, your computer will be exposed to various risk, such as, virus or hacker attack. If you want to continue using this operating system, the system and data security is more important.

Given the above limitations of Windows Server backup, you may need to use Windows Server backup alternative software or want more advanced features such as incremental backup for Windows Server 2012. Here is a more reliable backup software recommended - AOMEI Backupper Server. it can ensure you always have a system backup including all data and boot files for recovery. You can set up automatic backup tasks with different frequencies, for example, daily, weekly, monthly, event triggers and USB plug in.

Also, it helps you prevent potential problems due to accumulated backups and limited disk space, such as, incremental or differential backup, automatic backup cleanup, normal or high compression level, etc. Besides, it has a great compatibility in storage device and file system.

Here you will use AOMEI Backupper Server to create Windows Server 2012 image backup and then you can restore system image to new hard drive in the event of a disaster, even different computer with dissimilar hardware. Also, you can use this software on other server computer, such as, Windows Server 2008/2011/2016/2019/2022 and its R2 version.

Without further ado, let's get started to image Windows Server 2012 (R2). In the very first place, click the download  button below to get the free-trail!

(PS: You can only use the trial version within 30 days, to protect server 2012 R2 continuously, please upgrade server trial version. And this page offers users $70 discount.)

Step 2. Edit “Task Name” if you want to, and then choose the new hard drive. Please remember to plug in a new hard drive into your computer and make sure it can be detected.

Step 3. Click "Schedule Backup" to enable daily, weekly, or monthly frequency. And it's suggested to enable backup scheme to delete old backup regularly, which ensure you always have the latest backup for recovery.

Notes✍:
◉ To distinguish this backup task from others, you need to make a comment on it by "Options". You can also encrypt the backup, set high compression level or customized splitting, etc.
◉ By default, this software use incremental backup to backup only changed files. Differential backup means to backup files that are changed since the last full backup. Differential backups take longer to backup, but the content is more complete and independent. So, only one differential backup and one full backup are needed for restore. 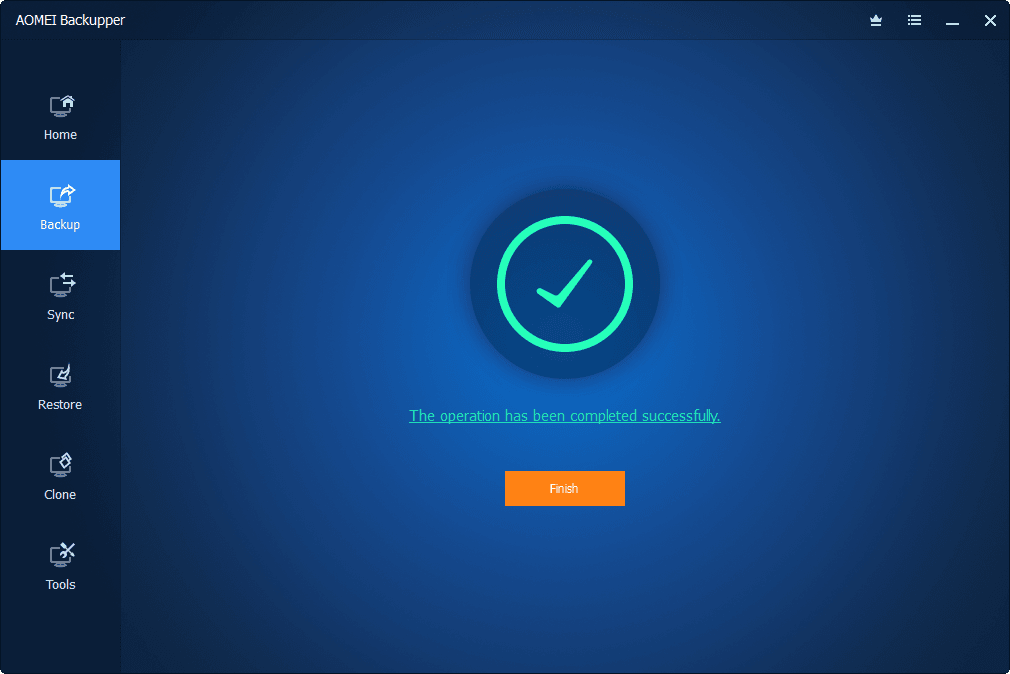 Tip: During the backup process, you will see a "Settings" icon at the lower-left corner. Tick "Check backup integrity on completion" feature to check if your data is intact. Also, you can specify what the computer will do on completion among Shut down PC, Restart PC, Hibernate, and Sleep. 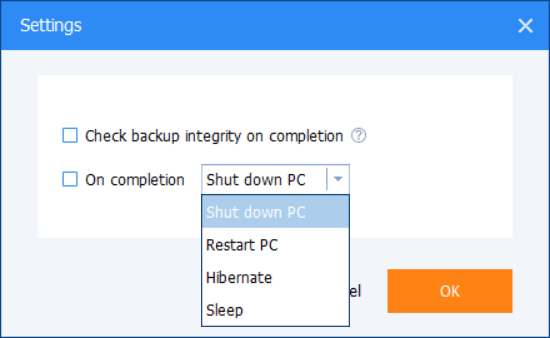 Now, you may successfully create a system image in Windows Server 2012 (R2) and save it to new hard drive. Then, it's suggested to create bootable USB drive, so you can easily restore server computer even it fails to boot. Try recovery environment if you don't have USB or CD/DVD.

In the event of a disaster, boot your computer from the bootable media and restore from it with the following steps:

It will be ok if you just restore system to new hard drive or another computer. But if you have multiple computers, this operation is time-consuming and tedious. Thus, it's suggested to deploy image to multiple computers simultaneously with image deployment software in the AOMEI Backupper TechPlus.

In addition, it allows you to copy installation directory for portable version creation and offers unlimited billable technical services to clients.