If your system has some issues, you can perform system restore with AOMEI Backupper to restore computer to an earlier date in Windows 10, 8, 7.

When is System Restore Needed?

When the operating system has been used for a period of time, there would be a variety of unexpected problems.

✎You may also encounter some other irresistible errors:

Of course, the precondition of system restore is that you have made a corresponding backup in advance. If you have not created a system backup, or do not know how to create one, you can refer to this tutorial - How to backup operating system.

Although the system has some problems, it still may store some important new added data, which might be stored in "Desktop", "Favorites", "My Documents" and so on. Under these circumstances, you should copy these data to other partitions to avoid data being overwritten after system restore.

To ensure better security, you can make a full backup for the current system if you have enough disk space. Thus, even if there is any data that you forget to copy it out and has been overwritten, you can get it back again from the image file backed up before.

For driver installation after system restore, you may use driver updater software Driver Talent which will download and install drivers with one click. 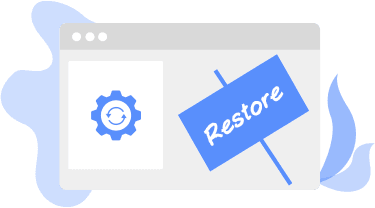 System restore is just like a piece of cake for AOMEI Backupper - specialized backup and restore software, as well as disk cloning software. It helps you restore system image file in a very short time.

If the operating system cannot boot, You can boot your computer using AOMEI bootable media created with AOMEI Backupper or using AOMEI PXE feature from another working computer within the same network. For detailed tutorial, you can refer to the article, "System restore via bootable CD".

✎Tips: download this free software, install and launch it.

Step 1. Select a system backup task to restore. There are two methods available.

Option 1: you can click the "Restore" option of a corresponding backup task under the "Home" tab. 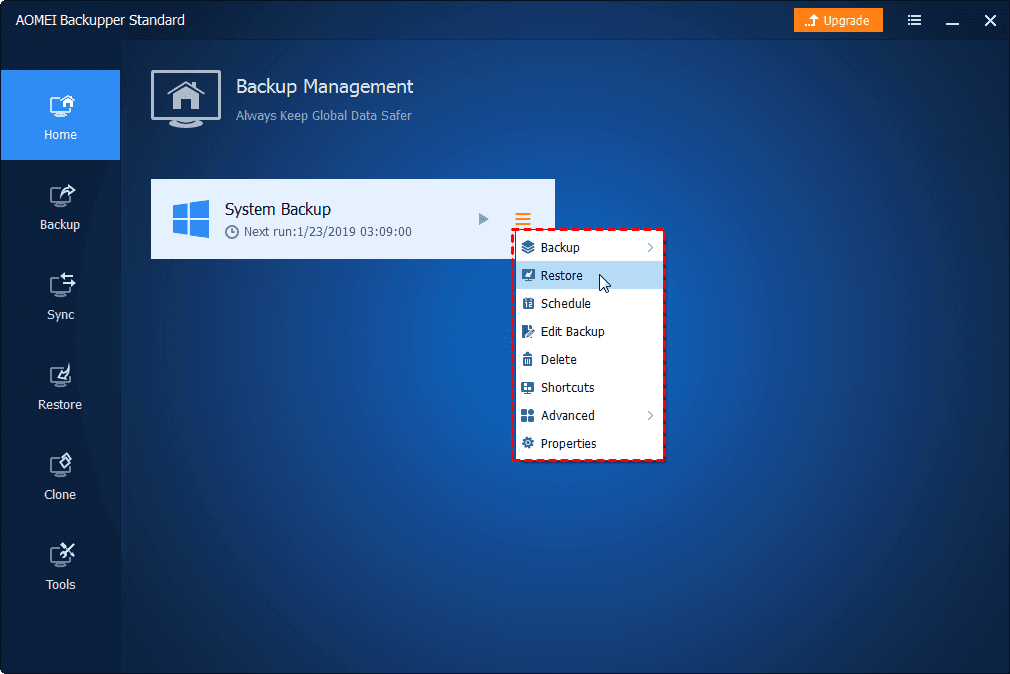 Option 2: click the "Restore" and "Select Task" option to choose a system backup task created before.  Or you could select the system backup file (suffix with .adi) by clicking the "Select Image File" option.

Step 3. All the operations will be listed. Just confirm the operations, and then click "Start Restore" if there isn't any mistake.

If you need these applications, you have to reinstall them in the operating system again. Therefore, you had better schedule system backup to run at intervals. Thus, the system can be restored to the latest state to avoid reinstallation of plenty of applications after system restore.