How to Perform System Restore via Bootable CD

If the system cannot boot, the best free backup and restore software - AOMEI Backupper can help to do system restore from disc and ensure secure boot.

As for the answers about “why need system restore” and “preparations before system restore”, you can refer to the last tutorial “How to do system restore”. This article mainly discusses how to restore system with AOMEI Backupper to avoid system reinstallation when Windows can not boot normally.

If Windows can not boot, that means, we cannot run the restore software on Windows. Then, we need a bootable CD or USB drive, which can help to restore system by running AOMEI Backupper from a disc. Before carrying out the operations, we need to make a bootable disk first. For detailed tutorials, you can refer to“How to make a bootable CD”.

First, insert the bootable CD into the CD driver, and when starting the computer, set CD-ROM as the first boot device in BIOS settings. As for the question about how to access BIOS, you can refer to the motherboard instructions. In general, you can access BIOS of desktop computers by continuously pressing the button “Delete”. The BIOS of laptops can be accessed by pressing “F2” when starting the computer. There will be prompt information when the computer starts, by which you can easily set the first boot device. For more detailed operations, you can refer to “How to Set BIOS to Boot from CDROM”.
When the computer has been successfully booted from CD-ROM, AOMEI Backupper in the disc will run automatically. And then you can complete the operations of system restore easily. The detailed operating steps are as follows:

1. Enter the BIOS, and set the CD-ROM Drive as the first boot device. And then press “Enter”, the AOMEI Backupper will start automatically.

2. Click “Restore” option and Select Imag File item to browse a path so as to select the system image file to restore. If the backup was saved on NAS network drive, you need to specify the adress of the network location and then you can select the backup to restore.

3. In the pop-up window, select a image. 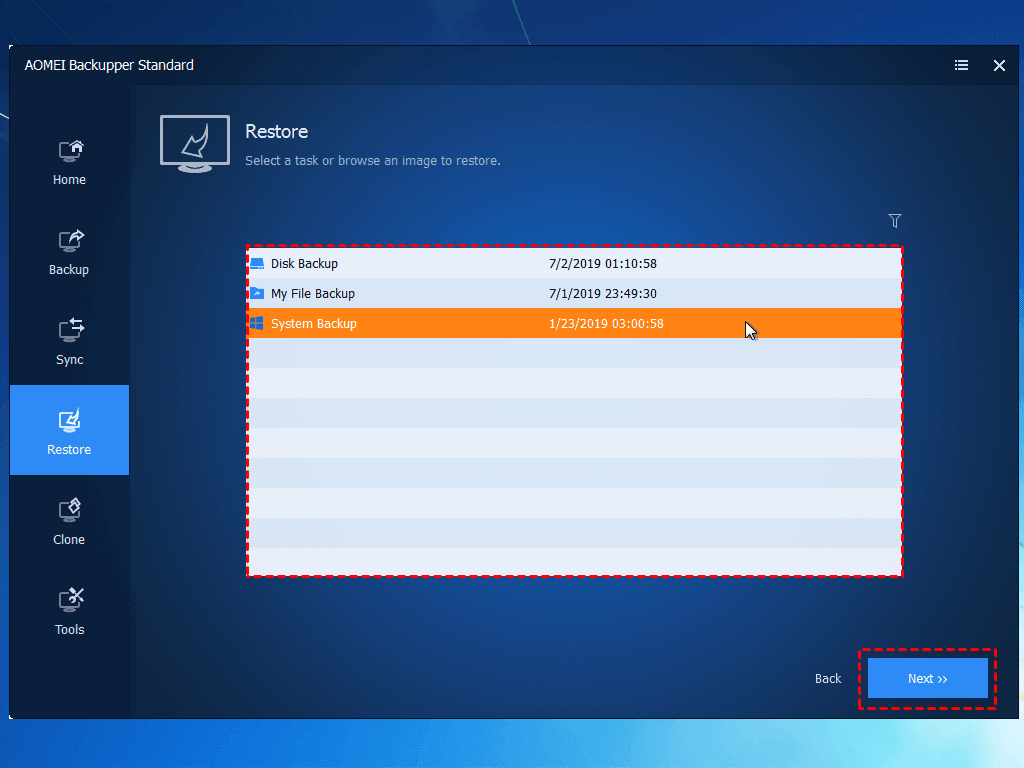 4. Select to restore entire backup image or a part, and then click “Next”. 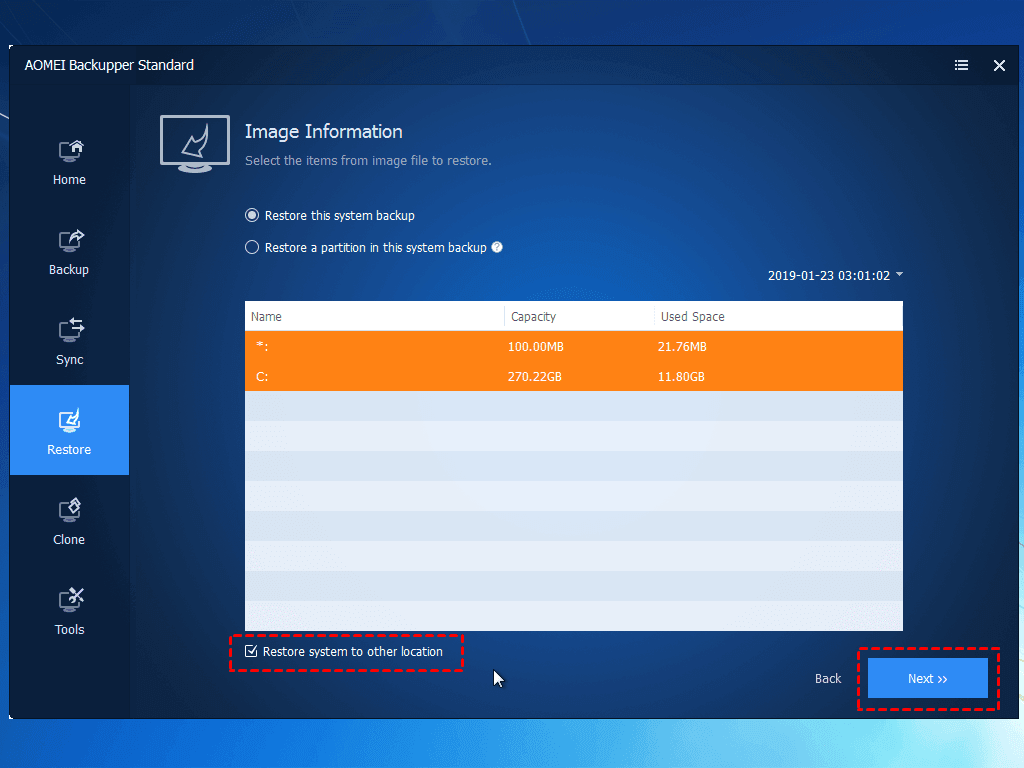 6. Select a partition to restore the operating system, and then click “Next”. Here we set Disk 2 as the example. 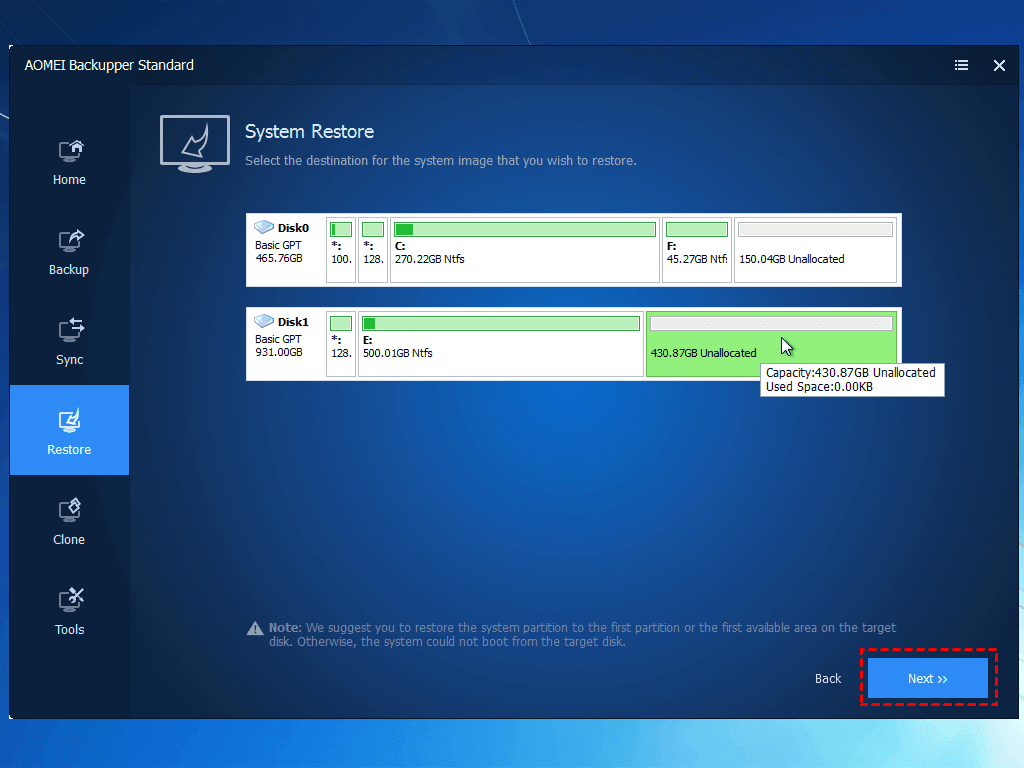 After completing system restore, you can eject the bootable CD or USB flash drive. After the shutdown of this software, the operating system will reboot automatically. Then, you can access BIOS to reset the first boot device.