In that case, you cannot use WBadmin to backup Windows Server from command line. Without Windows Server Backup, you will also find out that wbadmin.msc is missing. This article will show you how to fix this problem step by step.

Windows Server Backup is not installed

Windows Server Backup on Windows Server 2012 is not installed by default. If you want to use it, you have to install it from Server Manager.

1. Open Server Manager by clicking on it in the taskbar.

2. Click on Manage > Add roles and functionalities in the right Menu.

3. Under “Features” tab, select “Windows Server Backup” and click “Next". 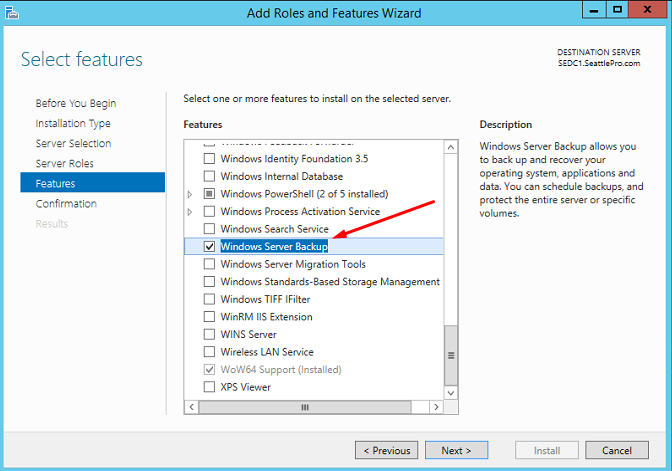 Then you can close this window to other things when Windows Server Backup is being installed in the background. You can check if the install is complete by clicking on Notifications Center icon. 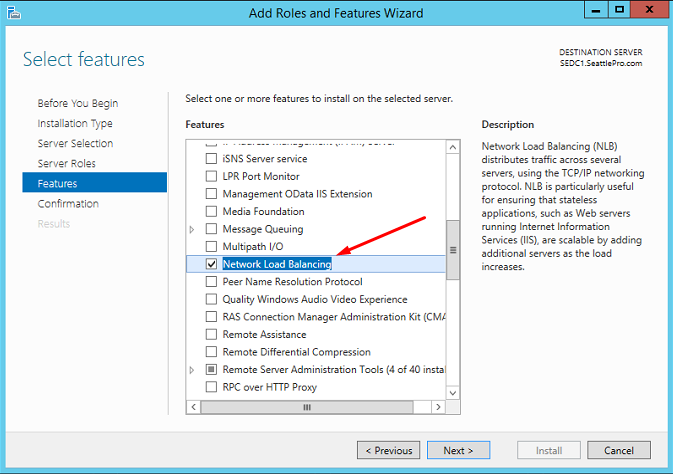 After that, you should be able to use Windows Server Backup to create a custom backup or full server backup.

It offers File/Partition/Disk/System Backup which allows you to backup individual files, volumes, entire server, or only server system.

How to create system state backup in Windows Server easily

Because of its intuitive interface, AOMEI Backupper allows you to backup and restore in a few clicks. You can refer to the following steps to create a Windows Server 2012 system backup.

2. In the main interface, click “Backup” in the left pane, and select “System Backup”. If you want to backup the full server, select “Disk Backup” instead.

3. In the next screen, all needed partitions for a Windows Server system restore are selected as backup source automatically. You just need to specify a destination location to store your backup image. You can backup to external hard drive, network location, cloud drive and other locations.

4. Before you start the backup, there are three options to custom your backup, Options, Schedule, and Scheme down there. You can click them to configure it when needed. After that, click “Start Backup” to start the backup.

If you want one key system backup & recovery solution for Windows Server 2019/2016/2012, etc., you can resort to specialized onekey recovery software - AOMEI OneKey Recovery. It enables you to create a custom recovery partition to save the image file, and you can launch the system restore process by pressing "F11" or "A" during computer startup (Legacy boot) or choosing "AOMEI OneKey Recovery" in boot menu (UEFI boot).