Before deploying an operating system to multiple devices, you must clear the security information via Sysprep. Learn how to run Sysprep in Windows Server 2012 (R2) and deploy OS to other computers simultaneously from this page.

What is Sysprep used for?

To install same operating system on many computers simultaneously, Microsoft releases many practical tools such as Windows Deployment Services (WDS), Microsoft Deployment Toolkit (MDT) and so on. Typically, users should first create system image backup for Windows Server 2012. Then take these tools to deploy the image to other computers over the same network.

However, after deployment, issues like WSUS incompatibility, Volume License key activation errors often happen to Microsoft Office products. Besides, other non Microsoft products such as Citrix may not work correctly. These problems owe largely to duplicate SIDs (Security Identifiers).

When users install Windows, the OS allocates the computer with a unique SID. Each time you copy the system image, the SID will be also copied. Duplicate SID will appear on the same network, which is not allowed. Thus, you need to clear the SID information before deploying.

Luckily, Sysprep (Microsoft system preparation tool) can be used to complete this task. Built into Server 2012, Sysprep works well to clean out SID information and generalize a new SID for every server image copied from the original image. Note that, all the security identification and boot information will be wiped out at the same time. 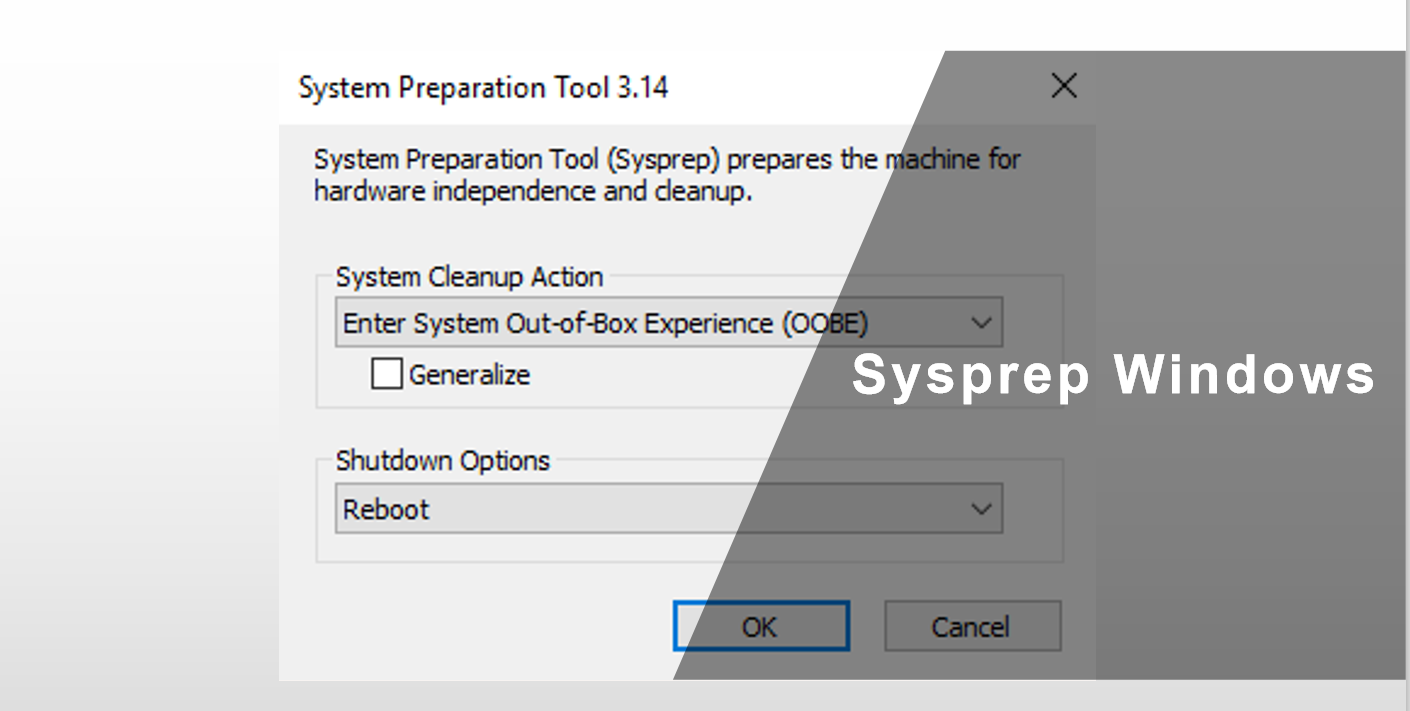 Follow the steps below to use Sysprep in Windows Server 2012.

3. Sysprep can be run in 2 modes, the GUI mode and the command line. GUI mode is highly recommended. Please type sysprep and then press Enter.

* If you want to explore the command line, type sysprep /h and then press Enter. 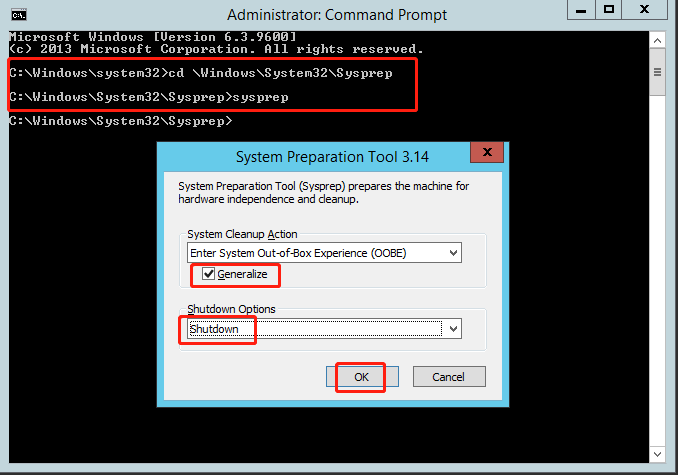 * Enter System Out-of-Box Experience (OOBE): have the system mimic the first boot screens.
* Generalize: remove system specific information from the computer.
* Shutdown: shutdown the computer when done.
*The above instructions also work with Sysprep in Server 2016.

5. Once the computer is shut down, you can use any available technique to deploy the server image to multiple computers.

The procedure of running Sysprep is not complicated. However, some users find Sysprep not working when Generalize is checked. That is to say, the original SID information can’t be deleted, so the server image can’t be deployed remotely.

What’s more, you are limited to run the Sysprep command up to 8 times on a single Windows image. After 8 times, you must recreate your Windows image. Is there an advanced way to deploy Windows Server to multiple computers? The answer is yes if you read on.

One such method is using AOMEI Backupper Technician Plus. In addition to the powerful backup, restore and clone features, it is embedded with an image deployment tool named AOMEI Image Deploy (AID).

First, download and install AOMEI Backupper Technician Plus on your server computer. Then, see how it works as follows.

2. Boot into WinPE from the bootable disk. When AOMEI Backupper loads up, click Backup > System Backup to create a system image without SID (Sysprep command should be run before). Choose a network shared folder or NAS path to save the system image. 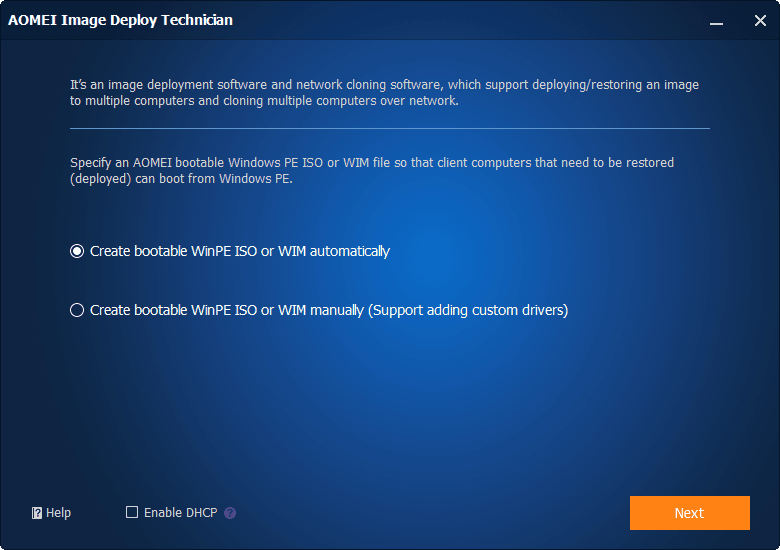 Note: There must be a DHCP server in the LAN. Check Enable DHCP if there is no.

5. After WinPE is created, start all the client computers from network boot. 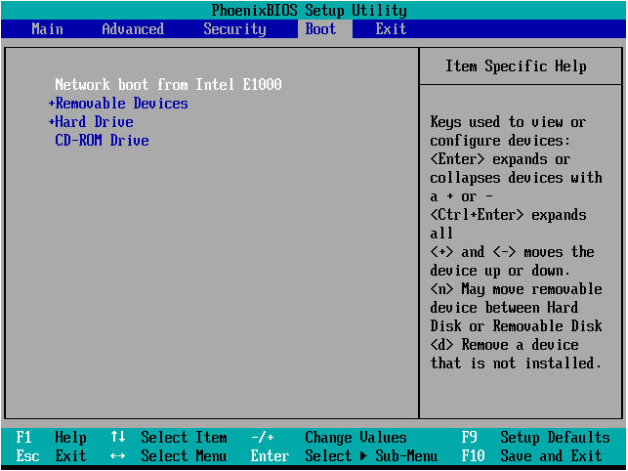 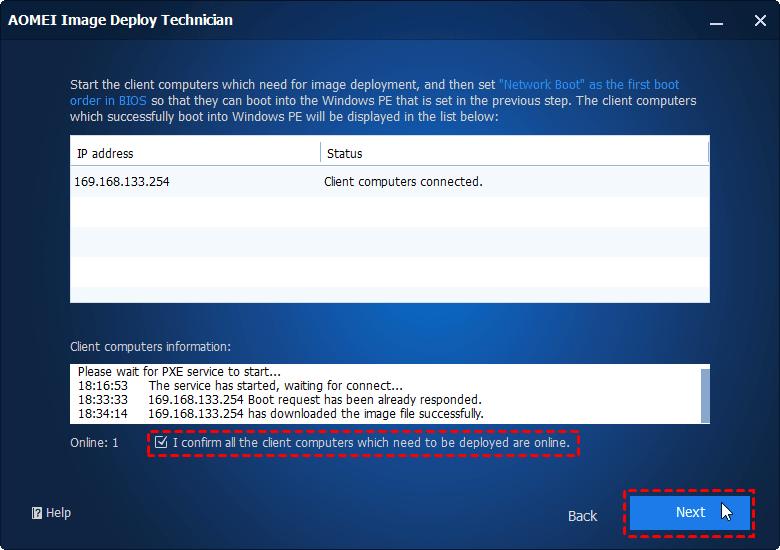 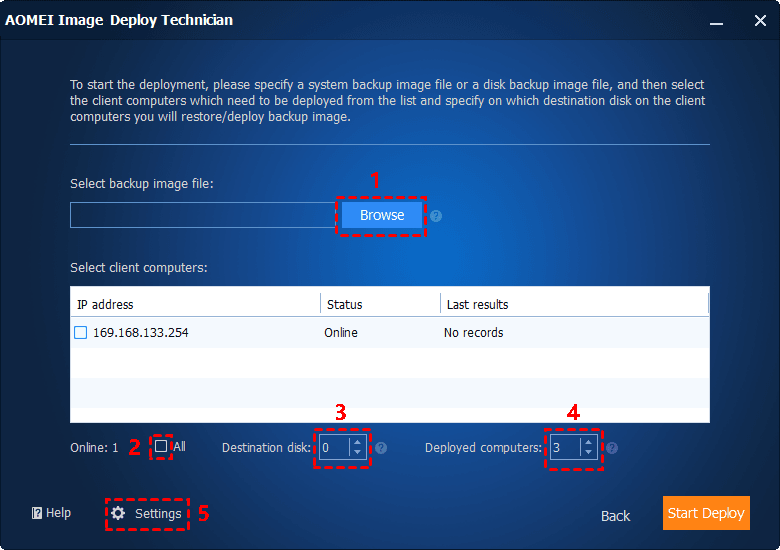 7.2. Select the client computers you need or click All to select all connected computers.

7.3. Input the destination disk number. If you keep only one disk in all client computers, the disk number should be 0.

7.4. Set the number of the computers to be deployed at one time. Due to LAN bandwidth limit, the more computers you input, the slower the deployment speed will be. 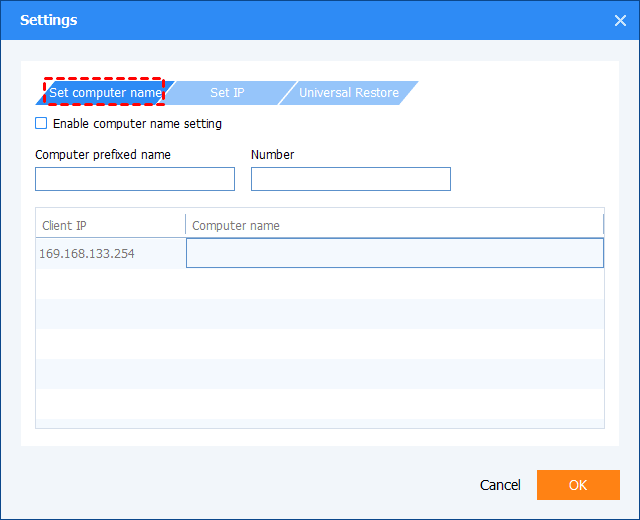 8. Confirm your operations and then click Start Deploy. Moreover, you can choose whether to shut down or restart the client computers after OS deployment is completed.

SID cleanup can be performed by running Sysprep in Windows Server 2012 before deploying an operating system to multiple devices. To make the system image deployment process easy and safe, you may use the AOMEI Image Deploy tool in AOMEI Backupper Technician Plus. It applies to deploying image to multiple virtual machines as well.

What's more, you are allowed to create portable version of AOMEI Backupper so that you can run the backup, restore and clone operations on any computer you want. Why not give it a shot?

You May Also Like
How to Use Sysprep in Windows 10 Step by Step?
Best Free Microsoft Deployment Toolkit (MDT) Alternative
3 Best Practices for P2V (Physical to Virtual) Migration