Apricorn EZ Gig IV is a cloning software with data select for Windows to upgrade your hard drive to another. It is compatible with the latest Apricorn Upgrade products such as SATA Wire, mSATA Wire, Drivewire, EZ upgrade and Velocity Solo. It allows you to:

To upgrade hard drive with EZ GIG IV cloning software, you need different upgrade kits, depending on your computer types. 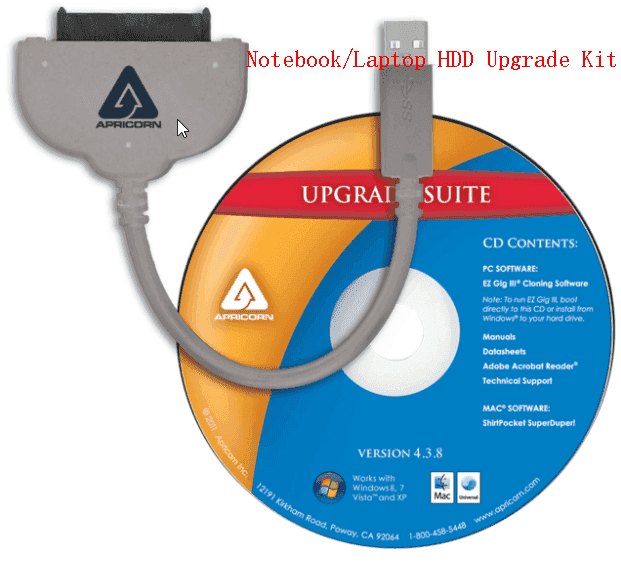 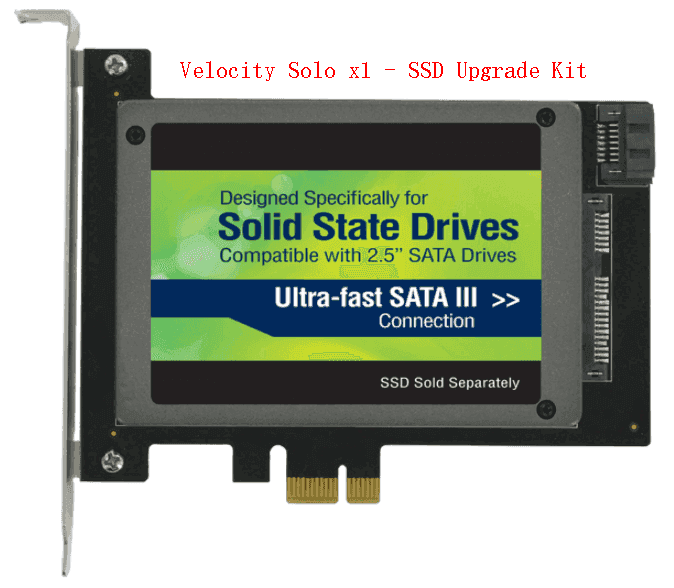 After preparing the correct upgrade kits, connect your hard drive or SSD with the computer using the Apricorn upgrade devices. Then, follow steps below to clone hard drive to SSD with EZ GIG IV. 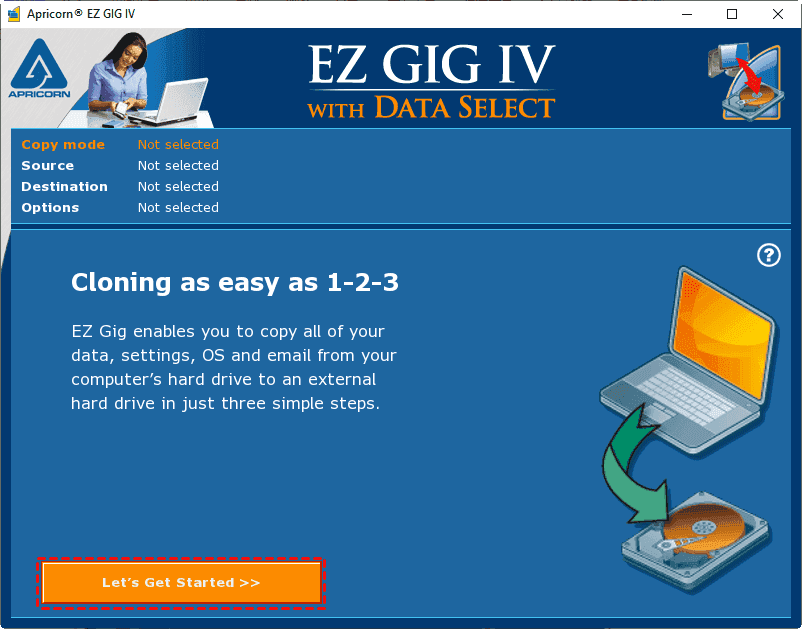 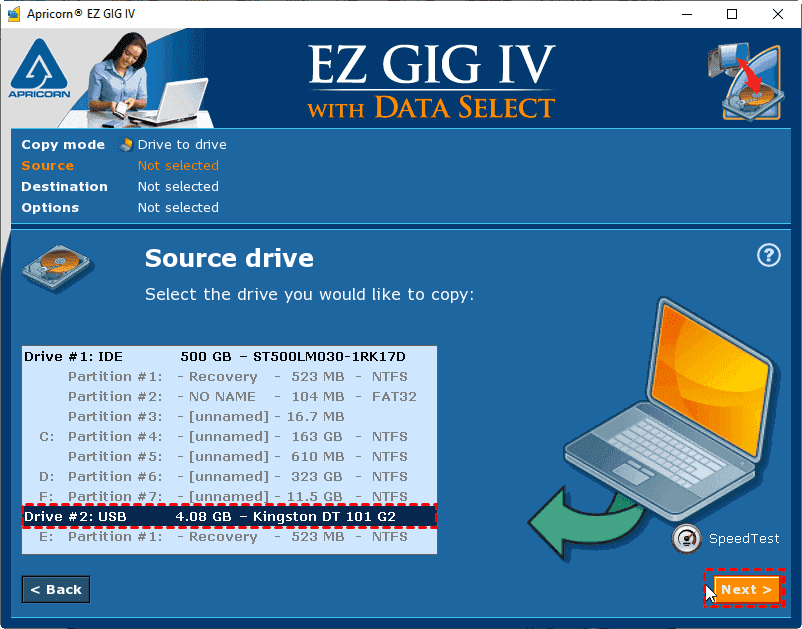 Step 3. Select the hard drive or SSD as the destination disk and press Next >. 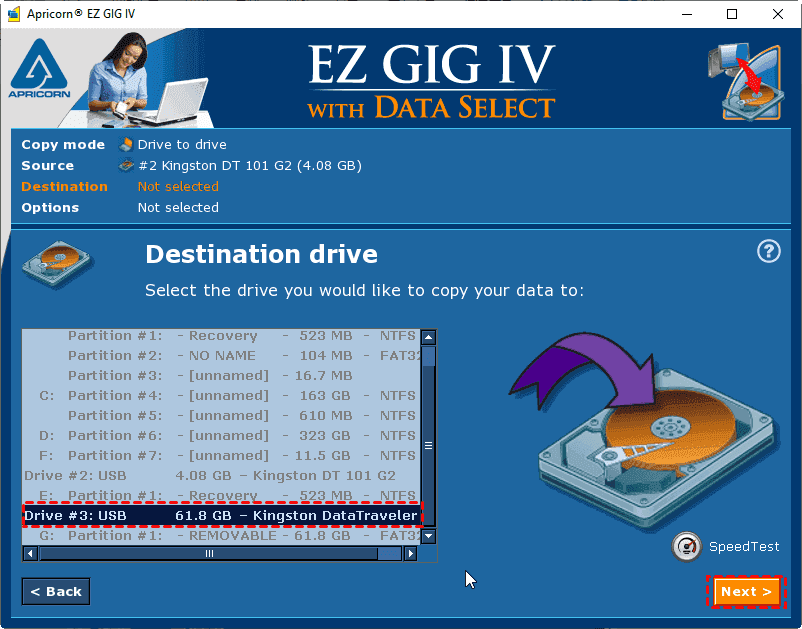 Step 4. On the Data Select window, exclude the data folder you don’t want to clone and click Next to continue.

The cloning process of EZ GIG IV is very easy, but you may find it does not work sometimes. Here we summarize some situations in the following: 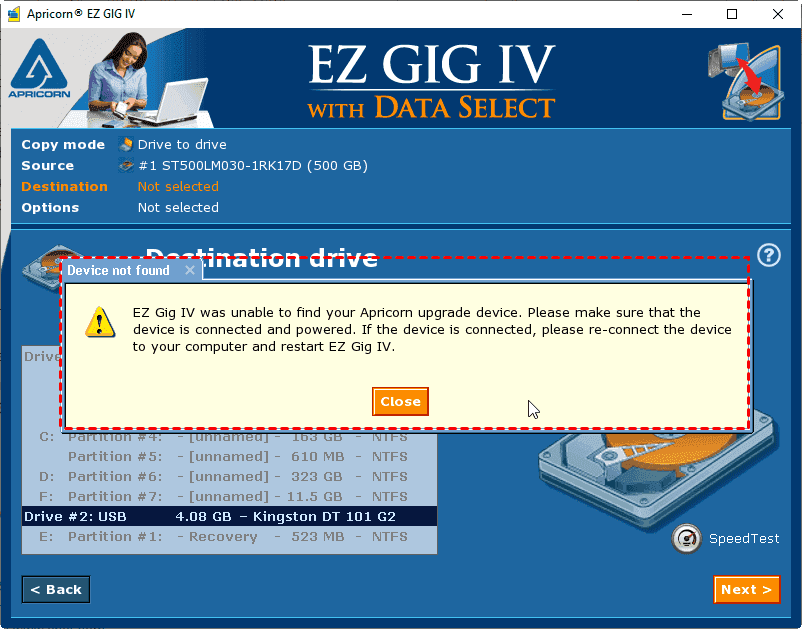 All in all, it’s quite inconvenient and not enough reliable. It’s time for an EZ Gig IV alternative.

AOMEI Backupper Professional is a powerful Apricorn cloning software for Windows PCs, like Windows XP, Vista, 7, 8, 8.1, 10, and 11 to clone hard drive to larger one, even smaller one, without any issues. And it is highly recommended by millions of users due to its outstanding performance, comprehensive features, and intuitive interface.

Besides, you will find the following benefits:

Here are the main differences between  EZ GIG IV and AOMEI Backupper in the following chart.

Please download the Apricorn cloning software - AOMEI Backupper Professional 30-day free trial and have a try. (The clone features in free trial can only be demonstrated, please upgrade to enjoy)

How to Use EZ GIG IV Alternative to Clone Hard Drive

1. Connect your SSD using SATA to USB cable or via a host, and make sure it can be detected by Windows. Then, launch the Apricorn cloning software - AOMEI Backupper Professional, Choose Disk Clone under the Clone tab.

2. Choose the hard drive (HDD) that you want to clone, and hit Next.

3. Select the SSD as the destination disk and press Next.

Before cloning, there are some settings you could customize:
♤ Edit Partitions allows you to adjust the partition size and location automatically or manually while cloning to fully use the storage space while cloning disk to larger disk.
♤ Sector By Sector Clone will clone all sectors on the hard drive, and the time will be much longer. Uncheck this option will skip bad sectors if exist.

After cloning is finished, you could replace the hard drive with the cloned SSD, and boot from it; Or Restart to enter BIOS or UEFI BIOS to set up the cloned SSD as the first boot device, then boot from the SSD.

Try the EZ GIG IV alternative - AOMEI Backupper if you have problems using the EZ GIG IV in Windows 11/10/8/7. It offers you reliable performance and gives you more powerful features, such as, clone large HDD to smaller SSD with Intelligent Clone feature, Edit partitions to make full use of disk space, etc.

Except for the cloning method, it still supports many useful tools, such as using PXE Boot Tool to boot multiple computer and sync files between servers, AOMEI Image Deploy to restore image to multiple computers over a network, Create Portable Version to copy installation package of AOMEI Backupper and run off a flash drive, etc.