"Hey, guys. I just bought a 256GB SSD drive to upgrade my old 128GB SSD, but I have no idea how to do that upgrade. I read on another thread stated that it’s working as long as I have the same motherboard, which I do. And I just simply update my 128GB SSD. Any help will be appreciated if anyone knows how to do that."

With time goes by, hardware update is so rapid. SSD as a high-speed of hard drive is used to install OS to gain a faster speed and shorter boot time. So some manufacturers of computer may configure the computer comes with a 128GB SSD drive pre-installed. After a year, you'll find that the 128GB SSD drive can't meet your demands anymore due to the lower free space, slow response, application corruption and other problems. The urgent thing you have to do is cloning SSD to larger SSD, like 256 GB, 500 GB, 1 TB SSD, etc.

Why cloning instead of Reinstalling Windows on the new larger SSD? Cloning means you don’t have to reinstall Windows and applications, you will generate more time to do some valuable things. Apart from the above reasons, your computer built-in SSD drive is coming to an end, and it’s necessary to migrating SSD to larger SSD.

In comparison, AOMEI Backupper is the best SSD cloning software, which allows you to clone 128GB SSD to 256GB SSD drive, including Windows operating system, partitions, and other critical data, etc. And it fully supports all the editions of Windows 10, 8, 8.1, 7, XP, Vista (32-bit, and 64-bit).

Apart from cloning, you could backup the 128GB SSD to external hard drive, then boot your computer with the WinPE bootable media, then restore disk image to the 256GB SSD. And it will have the same effect of cloning 128GB SSD to 256GB SSD.

Step 2. Select the 128GB SSD drive as source disk, then hit Next. 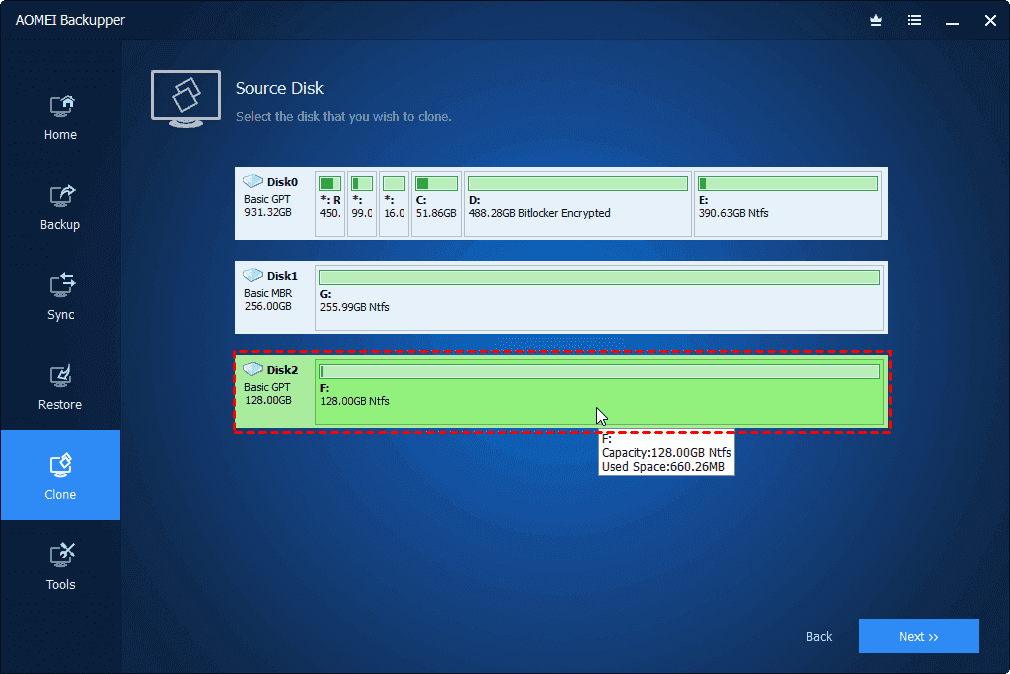 Step 3. Choose the 256GB SSD drive as target disk to save all content from the 128GB SSD drive. Please press Next to go on. 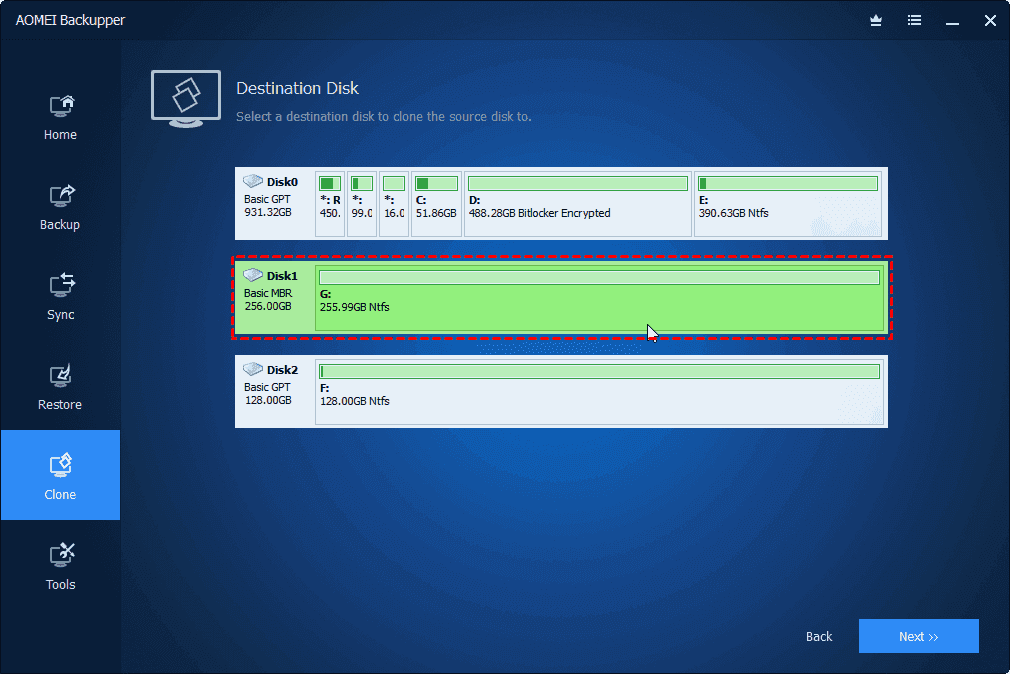 Note: The target disk will be overwritten after this operation, make sure you have backup important files to another safe location. 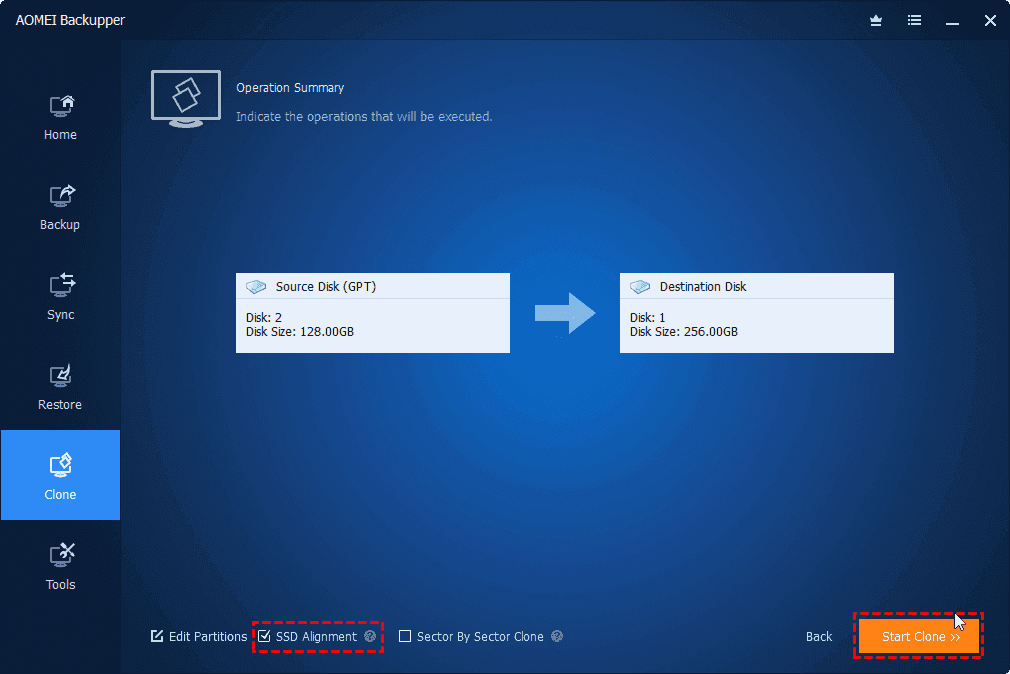 How long the clone process will take? About 30 minutes or so. And It depends on the data size on your source 128GB SSD drive, the larger the data size, the longer the time costs.

Once finished, shut down your computer, take out the original 128GB SSD drive then replace with the 256GB SSD as your system boot drive, then boot your computer as normally. All the above steps are applied to clone larger HDD to smaller SSD as well as long as the data capacity on the source disk is smaller than destination disk.

It’s easy to clone 128GB to 256GB SSD with the help of AOMEI Backupper Professional. Besides, you could only migrate OS to SSD if the destination SSD is smaller than your source SSD. If your computer built-in a HDD, and you want to upgrade HDD to SSD, please refer to the steps to Clone 500GB SSD to 250GB SSD without losing data. Besides, you could create full backup, incremental or differential backup, dissimilar hardware restore, etc with the SSD cloning software - AOMEI Backupper.

You May Also Like
Clone 500GB HDD to 250GB SSD with A Free Software
How to Clone Large HDD to Smaller SSD Successfully (Free)?
Best Way to Clone UEFI Disk to SSD Easily in Windows 7/8/10
Replace Dell XPS SSD and Clone Data to Larger SSD
5 Steps to Clone PCIE SSD to Another SSD in Windows 7/8/10?