“It’s annoying. SSDs are smaller than HDDs and I don’t find any software to clone 500GB HDD to 250GB SSD.” If you have similar problem, learn how to do it from this page. 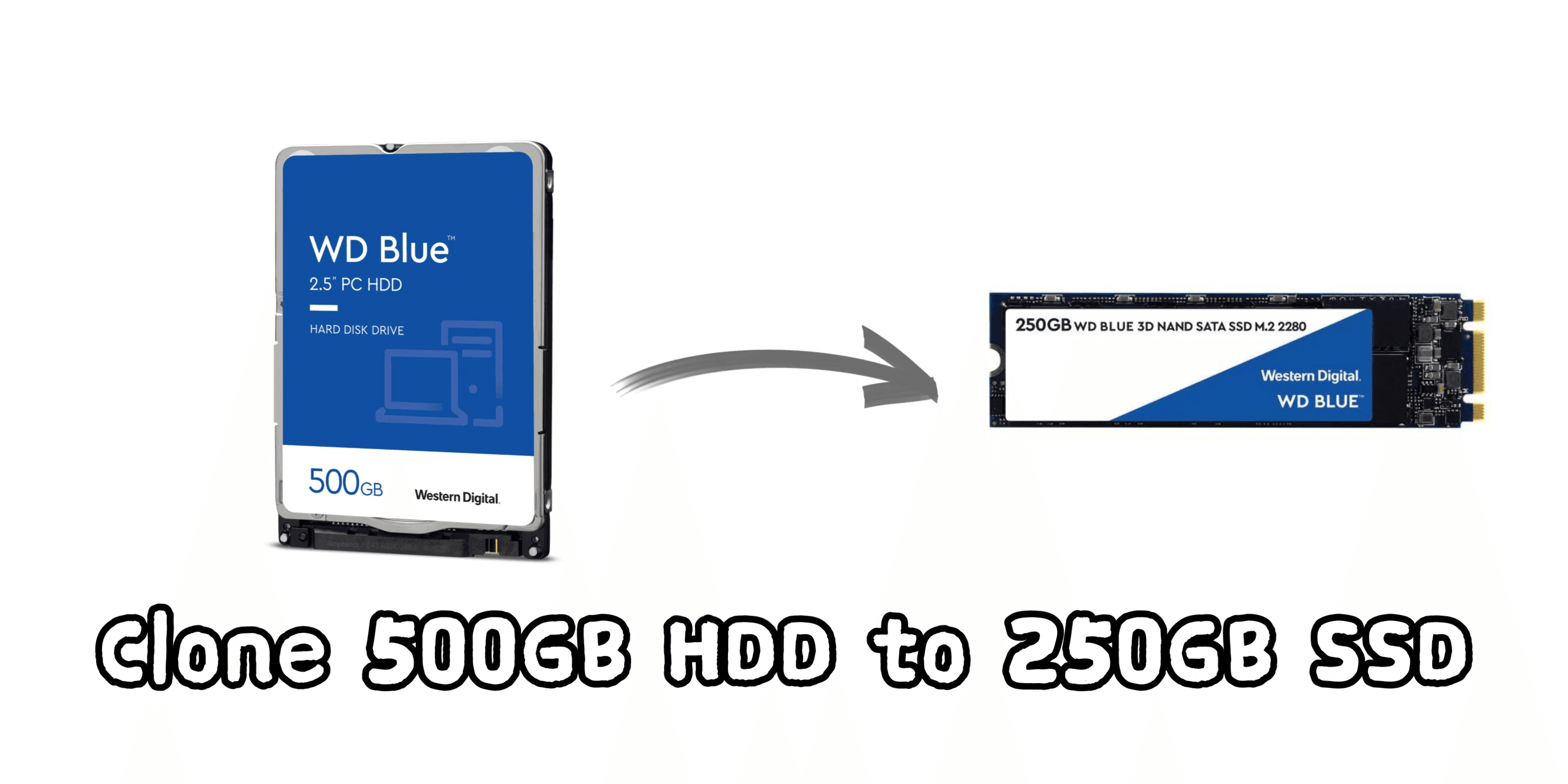 “I just bought a 250GB Samsung SSD and want to migrate my OS and all applications from the original hard drive to new SSD. My HDD has a total capacity of 500GB and is partitioned, but only 193GB of it are used. Is it possible to clone a 500GB HDD to a 250GB SSD? Any kindly advise will be appreciated, thanks in advance.”

First for sure, your SDD is a great upgrade for hard disk. Why do I say that? Here are two main reasons.

Besides, SSDs still have other advantages, such as, lighter, quieter, more durable, produce less heat and consume less power.

How do I clone larger HDD to smaller SSD?

Speaking of cloning larger HDD to smaller SSD, many users may encounter the case above. Here, I’ll introduce 2 trust and reliable ways.

In sum, both ways can realize this goal. But I have to say that the first method create an archive of a hard drive and requires another device to save the image, which should be a tricky operation. So, you'd better use a professional disk cloning software like AOMEI Backupper to clone 500GB HDD to 250GB SSD. And I’ll show you the detailed steps later.

Generally speaking, disk clone creates an exact copy of the original disk so that you should make sure the destination disk is the same size or larger than the original one.

If your situation is similar to the above case, you are very lucky to find AOMEI Backupper Professional. That’s because the only requirement of cloning larger HDD to smaller SSD with AOMEI Backupper is that SSDs have enough space to hold data on the HDDs.

Then, I’ll introduce you some useful features of AOMEI Backupper:

Note: AOMEI Backupper supports cloning data disks and system disks of all brands and partition styles, such as cloning MBR to MBR/MBR to GPT or GPT to GPT/GPT to MBR directly. But you still need to ensure the partition style of the target disk is compatible with your boot mode (MBR for legacy BIOS and GPT for UEFI).

✮ How to boot from the cloned SSD?

If you just cloned system disk to SSD or new hard drive, you have two methods to ensure secure boot. The first method is to shut down your machine, disconnect current hard drive and keep only cloned disk connected in Windows 10 and then boot. The second one is to reboot your PC and enter into BIOS to change the boot priority to the cloned disk.

As long as the 250GB SSD have enough space to hold data on the 500GB HDD, you can use AOMEI Backupper to easily achieve cloning 500GB HDD to 250GB SSD. Even though the SSD is not big enough to save all data, you can use AOMEI Backupper Professional to clone only OS to SSD. Besides, the cloning process will be running in the background so that it won’t interrupt your using of PC. Why not give it a try now？