Norton SystemWorks was once the flagship product of Symantec, but discontinued in 2009. If you want to perform data backup and restore in Windows 10/8/7, try this effective and free Norton SystemWorks alternative.

The latest version of Norton SystemWorks is 12.0 (2009) running on Windows XP and Vista. So unfortunately, it doesn’t support recent OS. If you need similar software with updated and powerful features in Windows 10/8/7, please try the Norton SystemWorks alternative.

♦ What exactly does Norton SystemWorks do?

♦ The relationship between Norton SystemWorks and Norton Utilities 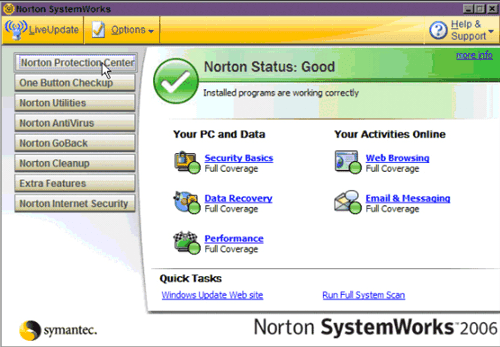 Alternative to Norton SystemWorks in Windows 10/8/7

As mentioned earlier, Norton SystemWorks was discontinued long ago. The features are already outdated and most of all, very few people are still using Windows XP or Vista now.

The updated Norton Utilities do support recent OS like Windows 10/8/7, but it’s a paid software just like Norton SystemWorks. Also, as a comprehensive utility suite to protect and optimize your computer, it has a wealth of features but doesn't specialize in a single area like data backup, while some of the features you probably don't need.

Therefore, if you have more specific needs in some way, or you want to get the best value for a certain budget, you can alternatively compose your own computer-protect solution with several different software.

From the perspective of antivirus, for example, there are BitDefender, McAfee, TotalAV and so on.

As for Norton SystemWorks backup and restore feature, the freeware AOMEI Backupper Standard is a good alternative.

As a free alternative to the backup & restore feature of Norton SystemWorks or even Norton Utilities, AOMEI Backupper Standard is an all-in-one data backup & disaster recovery solution supporting Windows 10, 8, 8.1, 7, XP and Vista.

It provides extensive functionality for data protection. In addition to full backup, incremental and differential backup, schedule backup, etc. which can be found in Norton SystemWorks, you are also able to clone disk, sync files and folders, use utility tools, etc.

And the completely free Standard edition can already meet most of your basic needs.

After a simple installation process, you will see its intuitive interface and main functional modules.

Backup: There are System Backup, Disk Backup, Partition Backup, and File Backup that can meet your needs in different situations.
Sync: You can synchronize changed files from the source to the destination with original format.
Restore: You are allowed to perform restore via an existing task or an image file.
Clone: Create an exact copy of the disk to another disk for direct use, which is often used to clone HDD to SSD, migrate OS from one computer to another, clone larger drive to smaller drive, etc.
Tools: Practical utilities are provided to manage your system and data efficiently.

For conventional data protection, you just need to Backup and Restore with some optional functions such as schedule backup. Here’s how it works.

Backup and restore files in Windows 10/8/7 with Norton SystemWorks alternative:

1.    Launch the backup software, go to Backup tab and choose File Backup as an example. You can also backup partition, disk or OS as you want.

2.    Click Add Folder or Add File to choose the data you want to backup. 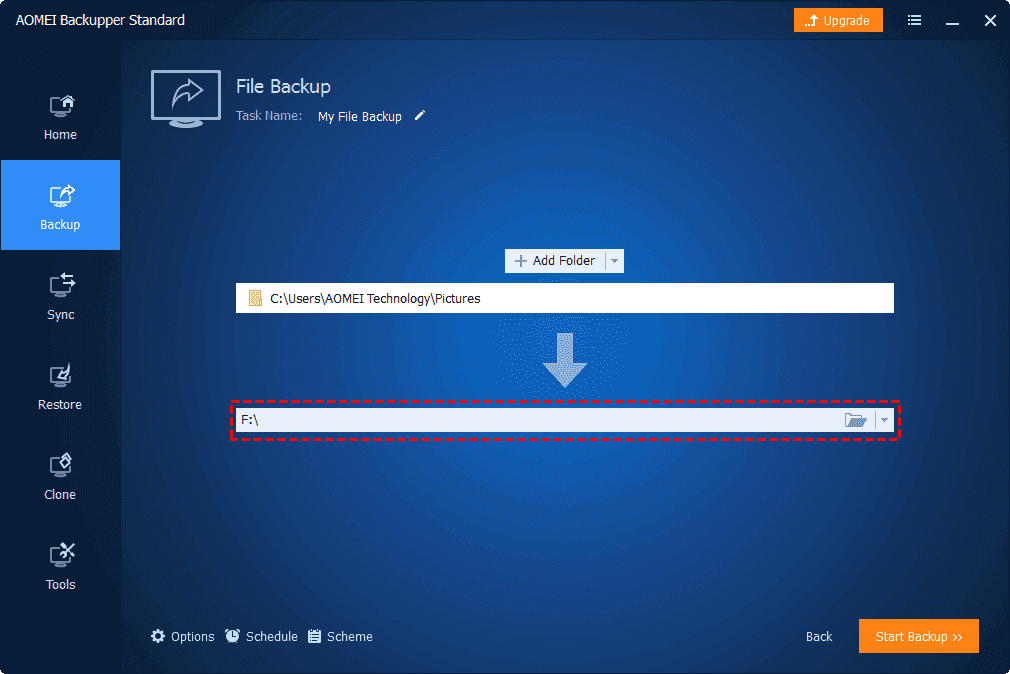 4.    Optimize the backup with Options, Schedule or Scheme if necessary. Then click Start Backup and wait the process to complete.

Options: Manage backup settings including comment, email notification, image compression and splitting, encryption, etc.
Schedule: Automatic backup based on Daily, Weekly, Monthly, Event triggers, USB plug in. The last 2 are available in Professional or higher editions
Scheme: Set up rule to auto delete old backup images so as to save the storage space. 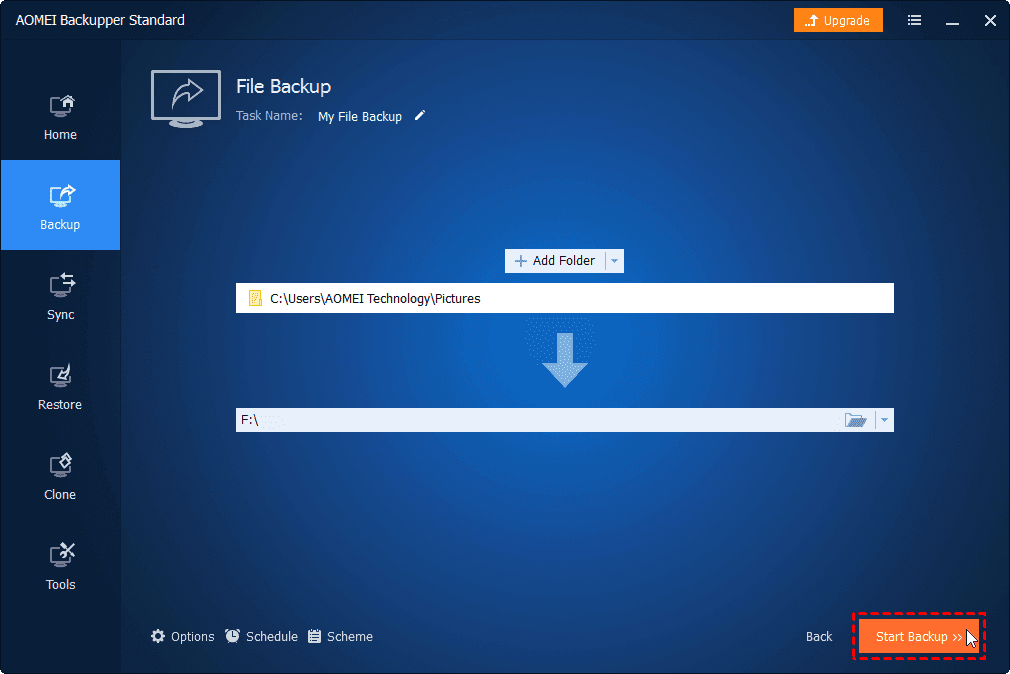 5.    After finishing the backup, you can perform restore either in Home page or Restore tab.

Norton SystemWorks was once a powerful and complete computer protection software. It has been discontinued since 2009, so in Windows 10/8/7, you can only use other software to replace it, and AOMEI Backupper is a great alternative to its backup and restore feature.

In addition to conventional data protection function, it can also backup and restore operating system from network, realize HDD to SSD data migration, PXE Boot multiple computer over network and so on. With its complete features, AOMEI Backupper will protect your computer closely from the perspective of data security.