Perform real time sync with the best software to keep all files and folders always up to date, no delay at all. Find the step-by-step guide in this article.

Do you need real-time file sync?

Nowadays, users have different folders, partitions, and different devices (desktops, laptops, or tablets) to manage files. File synchronization (sync) becomes popular. It refers to the process of replicating the files to other locations to keep those two or more locations having the same data.

In some cases, you want to edit the files form different devices, so it is necessary to keep two folders exactly the same. Instead of dragging and dropping files every time the files get changed, you can use file sync tool to do automatic sync between two folders. You can either choose scheduled sync to synchronize files at a specific time in a day/week/month or real time file sync to immediately synchronize the files when the tool detects all kind of changes made on the source folder.

Choosing a good file sync software will dramatically make things easier. AOMEI Backupper Professional is a sync and backup software for Windows 10/8/7. Due to the intuitive interface, all the operations involved in real time folder sync can be done with a few clicks, so you do not need to constantly do the copying and moving stuff.

You can also set a file filter to exclude the files you do not want to sync. It supports both scheduled sync and real time sync. What’s more, you can synchronize folders over network or NAS, so you can edit the files on different computers.

How to Set up Real-Time Sync with AOMEI Backupper?

AOMEI Backupper is very easy to use. Follow the steps below to set up a file sync task.

To set up a file sync in real time:

Step 2. Click the "Sync" tab at the left and select "Real-time Sync". 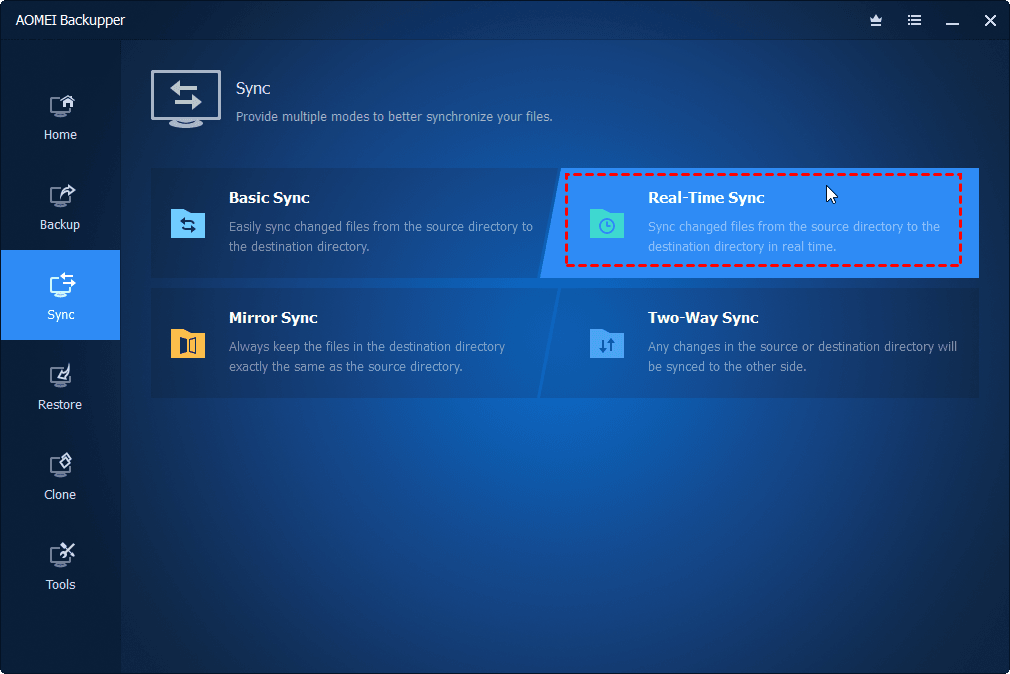 Step 3. In the next screen, click “Add Folder”to select the folder that needs synchronizing. 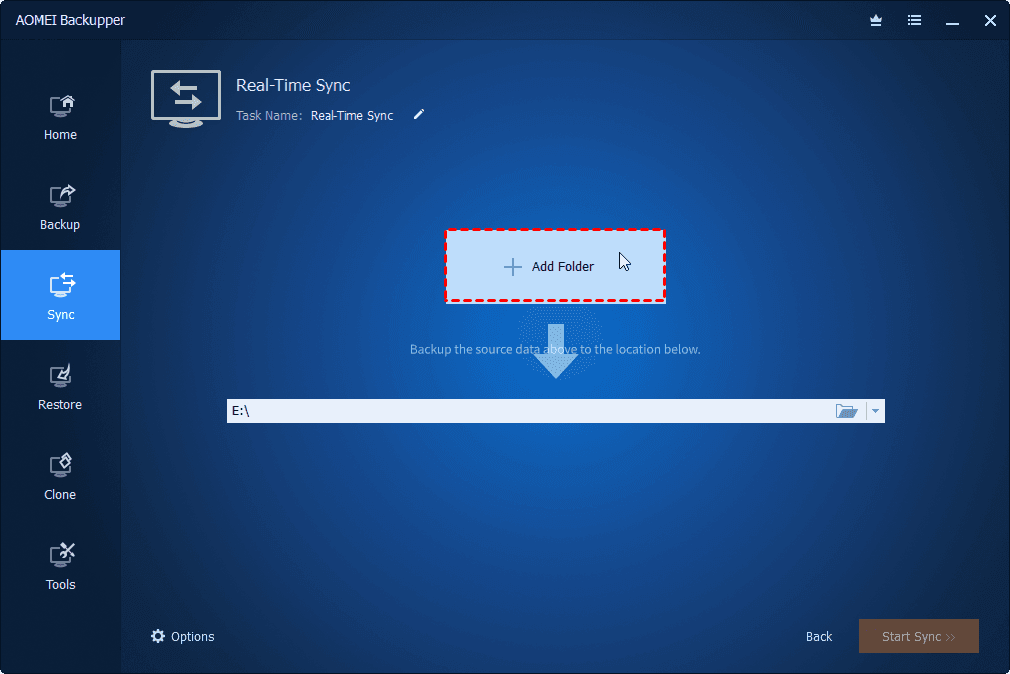 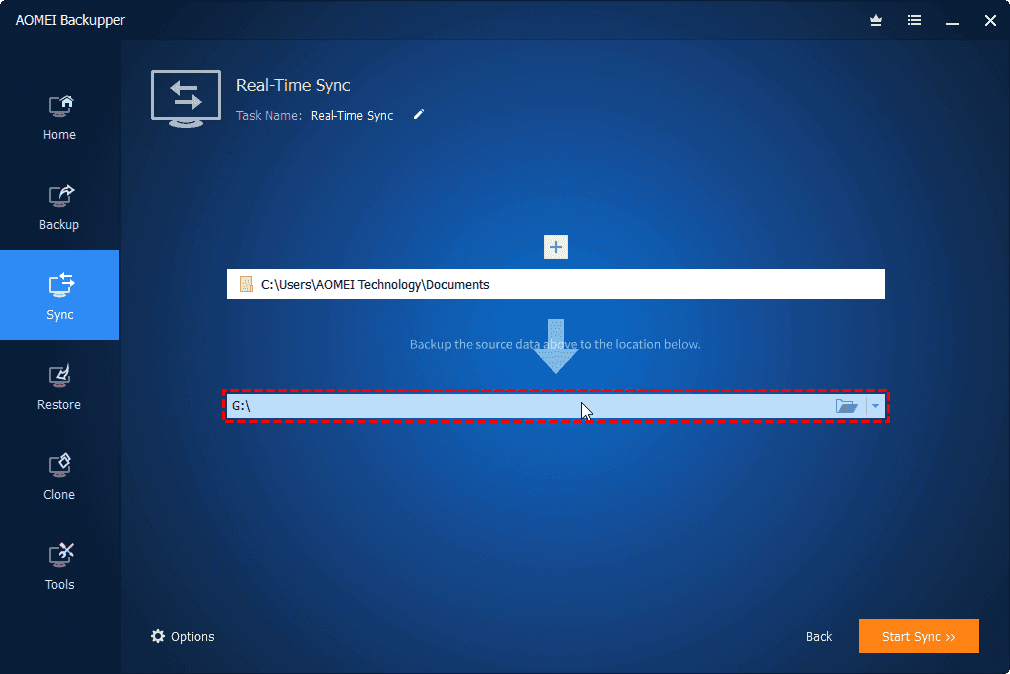 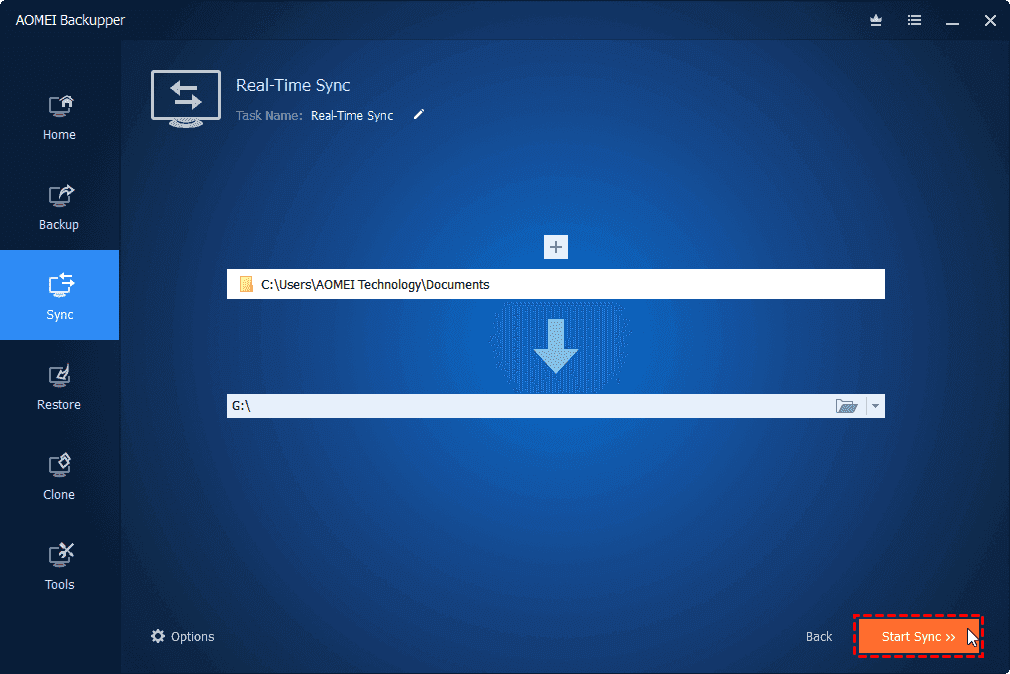 This is it. A real time file sync task has been created, and then the program will monitor the folder which is set to sync. When it detects any changes, the target folder will also get updated. Besides, AOMEI Backupper also provides many other features like file backup, system backup, hard drive clone, etc.