Ultimate Guide to Use Shadow Copy in Windows 10

This article is written for users like you who want to use Shadow copy in Window to restore files or system. Also, you still need a backup software.

What is Volume Shadow Copy in Windows 10?

Available in Windows 10/8/7, Volume Shadow Copy is a feature that creates snapshots (shadow copies) of disk volumes, even when they are in use. You can create or store shadow copies on local disk, external hard drive or network drive.

Shadow Copy requires the NTFS file system to create and save shadow copies. Therefore, Windows Backup and Restore that use Shadow Copy technology can only protect volumes formatted with NTFS.

As mentioned, Shadow Copy maintains snapshots of the entire volumes, so you can also use shadow copies to recover deleted files besides restoring system. By default, System Protection is turned on for system drive (C: drive). You can manually use it to protect other volumes besides C: drive.

How to use shadow copy to restore lost files?

If you have shadow copies available on the drive on which the lost files were previous located, then you can easily use the Previous Versions to restore deleted files. For example, to restore some files that were saved on Desktop, you can try the following steps:

2. Right click on the Desktop folder and select Properties.

3. Navigate to Previous Versions tab, and then select the right version you want to restore and select Restore. 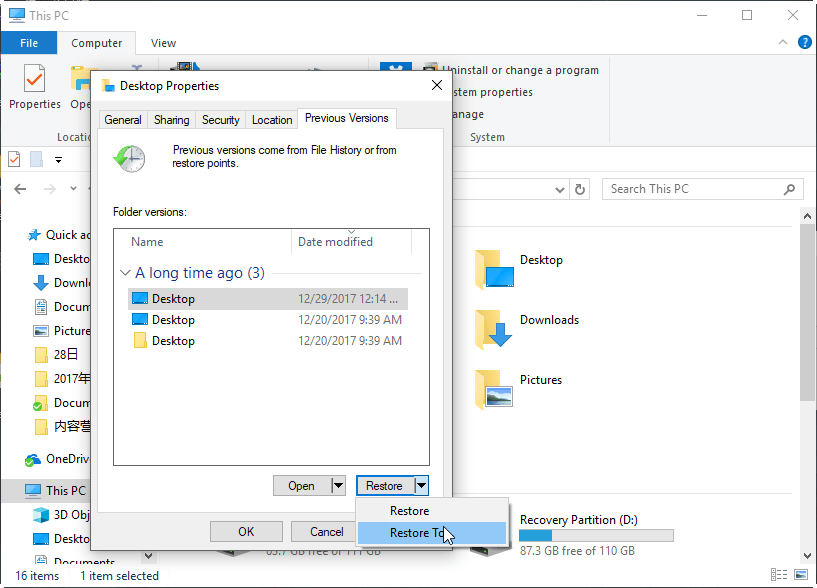 Notes:
• If you cannot find the folder containing the lost files, you can find its parent folder and then restore it to the previous version.
• If you forget where the deleted files located, then you can download the free tool Shadow Explorer to help you many shadow copies in a very convenient way. 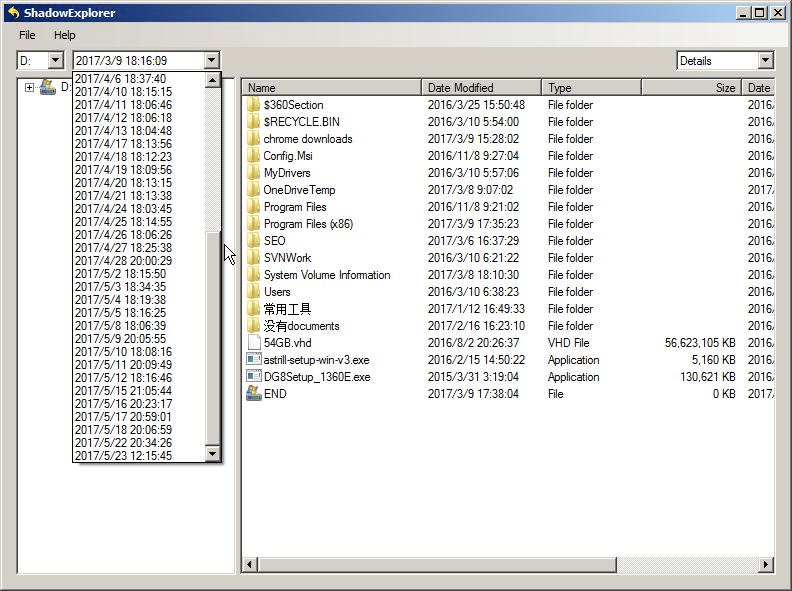 How to delete shadow copies?

To delete all shadow copies: 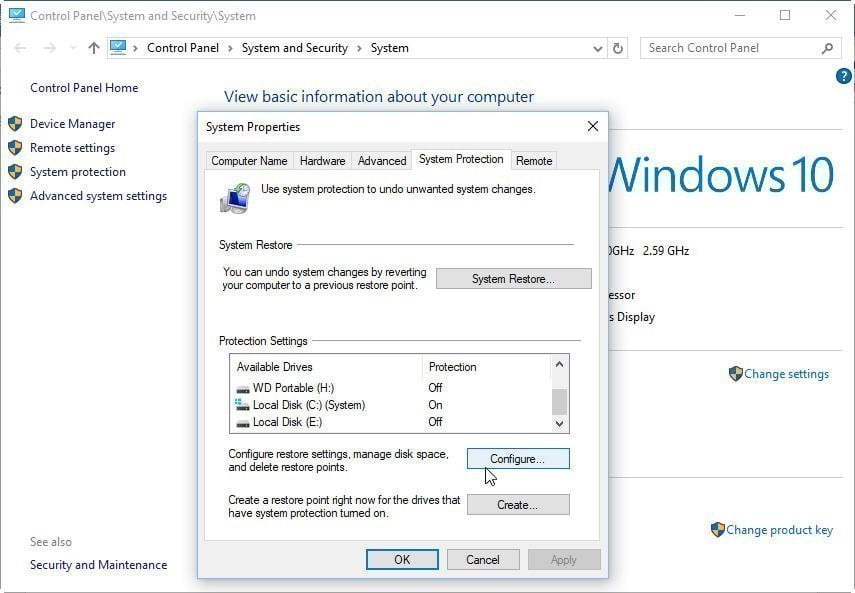 3. In a new pop-up window, click Delete to delete all shadow copies.

2. Shadow copies may not be created regularly by the default settings.

3. Your valuable shadow copies may be deleted without warning you when disk space is low.

4. Shadow copies may not correctly record all the files changes.

Therefore, if you want your system and data to be safe, you should create actual image backups besides shadow copies.

AOMEI Backupper Standard is free backup software for Windows 10/8/7. It provides System Backup, Disk Backup, Partition Backup and File Backup, so you can separately backup system and files or backup the entire hard drive including system and files.

To always get your data backed up, you set up a scheduled backup task to automatically create backup. in order to save disk space, AOMEI Backupper will keep creating incremental backups after the first full. You can also change it to differential backup or full backup.

You can set the scheduled backup to run at a specific time daily, weekly, or monthly. If you want the backup running on a certain event, you can use AOMEI Backupper Professional to configure event triggered backup task.

To create an auto backup task with AOMEI Backupper:

3. In the next screen, you can see system related partitions have been included automatically. Just click to choose a location folder or drive to receive the backup image. It is recommended to backup to external volumes.

4. Then click Schedule to configure scheduled backup settings based on your preference. After that, click Start Backup to start the backup.

Compared with Windows Backup and Restore, AOMEI Backupper is super fast. It took me 4 minutes to backup 70GB of data on a SATA SSD. If you use NVME SSD, it will be even faster.