Want to find an FreeFileSync alternative? This article will introduce you an amazing free file sync tool and show you how it works.

I have been using FreeFileSync, but with the amount of adware being bundled of late. Also, the interface is complicated. I’m puzzled where to begin.

And I need a free program that checks folder A (and all subfolders) and copies changes across to folder B (and subfolders). I am looking for a FreeFileSync alternative.

It should be reliable (i.e not crash in the middle of a sync job), do the job accurately and have a relatively simple interface. Any suggestions?

FreeFileSync is a free and open source tool used for file synchronization. It works by comparing one or multiple folders on their content, date, or file size and subsequently synchronizing the content according to user-defined settings.

Some people may get puzzled when they first use FreeFileSync, so do I. The interface is complicated and I do not know where to begin. You can take a look at its interface. No kidding, you may get lost too. 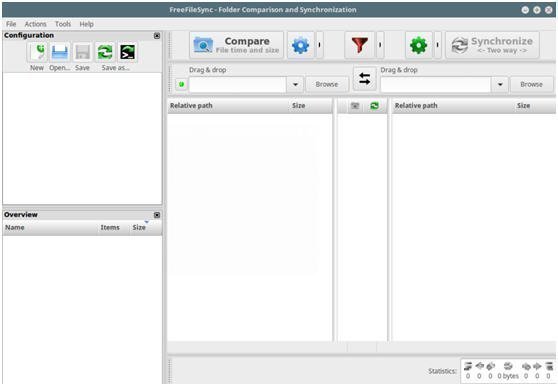 Also, some people complain its adware bundled with this tool. The adware is really annoying.

Actually, there are two versions of FreeFileSync, one is Standard, which ships with adware. And another one is Donation Edition.

Everyone who donates is offered a special version of FreeFileSync without any advertisements, including a number of bonus features. The FreeFileSync Donation Edition is a thank-you for supporting the FreeFileSync project. To enjoy the Ad-free version, you have to donate to this software. The so-called “free” is kind of indirectly charged.

Usability: Open source software is criticized a lot for its usability. While for closed software, usability is a high selling point due to expert usability testing for a more targeted audience.

Security: Security of open source is often a concern for large companies because the software is not always developed in a controlled environment. Closed software is generally seen as more secure because it is developed in a controlled environment. In consideration of security, when choosing a data protection software, it is better to select a closed source software.

When you use closed source software, what you get in return is a more customized product from a trusted brand, continuous innovation, higher levels of security and functionality, ongoing training and support and a lower requirement for technical skills.

AOMEI Backupper Standard is a free file sync software. And it is also a closed source software which provides higher levels of security and functionality. It offers a clean and tidy interface without adware. And it is easy to operate even if you are a green hand. With its mature technology and continuous improvement, you can enjoy a better and better service. Also, you can upgrade to advanced version to enjoy more powerful features like Real-time Sync files/folder to a Network Path.

It is a good choice to be used as alternative to FreeFileSync.

How to sync files easily with AOMEI Backupepr?

Next, I will show you how to sync files and folders easily and automatically with AOMEI Backupper. 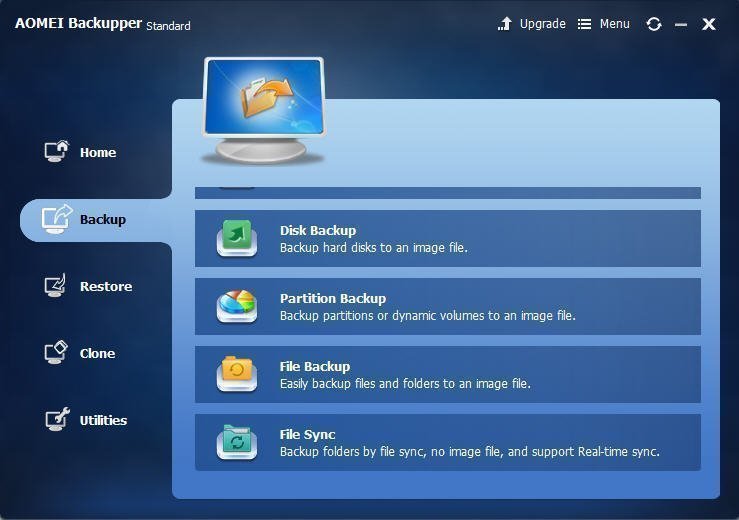 Step 2. You can type a Task Name to help you find the task quickly. At Step1, click Add Folder to choose folders that you want to sync. Then click OK to go back to File Sync interface.

Step 3. Click Step2 to select another location as the destination path. Take NAS as an example. Click the drop-down menu at Step2 and choose to select a Network share or NAS. 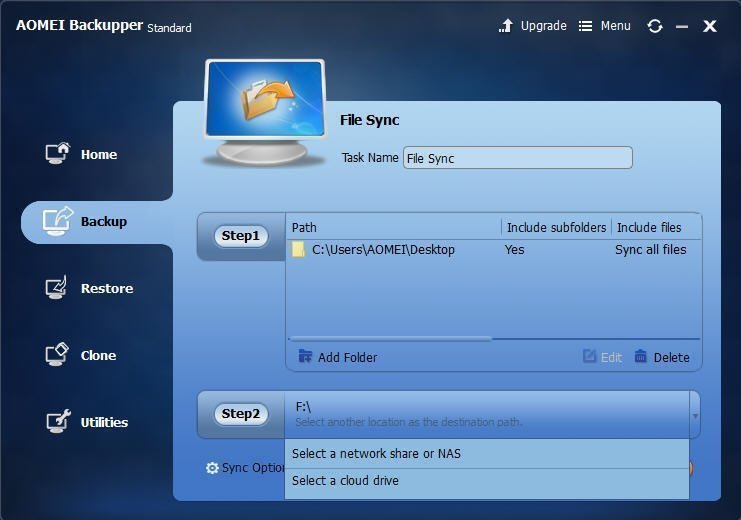 Step 4. To automatically sync folders to NAS, you have to click Schedule to set it up. There are five modes, select one and click OK. 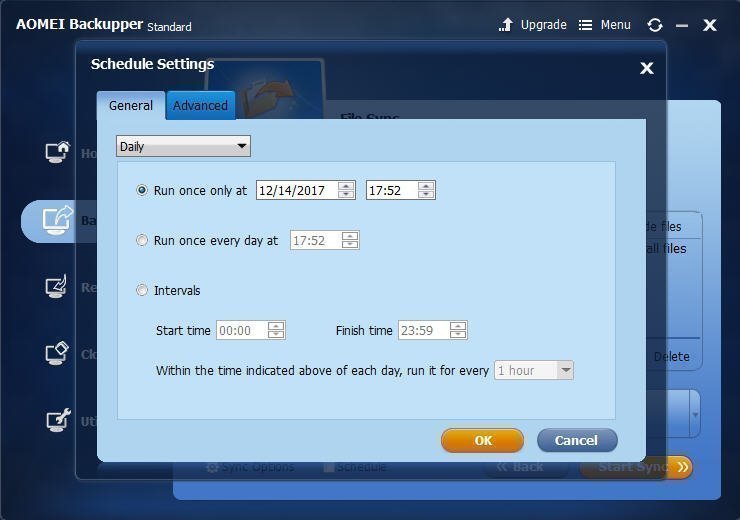 Tips: you can also click Sync Options to tick Enable email notification, and it will notify you when task finished.

Only a few clicks, you can sync folder automatically. No adware, no complicated interface. It is really a good FreeFileSync alternative. And this is only a small part of AOMEI Backupper.

When you choose AOMEI Backupper Standard, it means you can enjoy more powerful features. It is a comprehensive software that combines Backup, Restore, and Clone.

The backup feature including system backup, disk backup, partition backup and file backup. You are even allowed to do incremental backup which is a missing feature of Windows built-in tool. With the backup image, you can restore to the previous state whenever you want. The Pro edition even allows you to restore system to a dissimilar hardware.

Clone is a useful feature when you need to upgrade HDD to SSD. You are allowed to clone dynamic disk with this software. Also, you can even clone a large disk to a smaller one.