In this article, you will find the best free RAID 0 backup software and learn how to do the RAID 0 drive backup easily and safely in Windows 7, 8, 10, 11.

RAID ( short for Redundant Arrays of Independent Disks) 0 is also called Stripe or Striping and it represents the highest level of storage performance. RAID 0 disperses data across two or more hard disks uniformly. 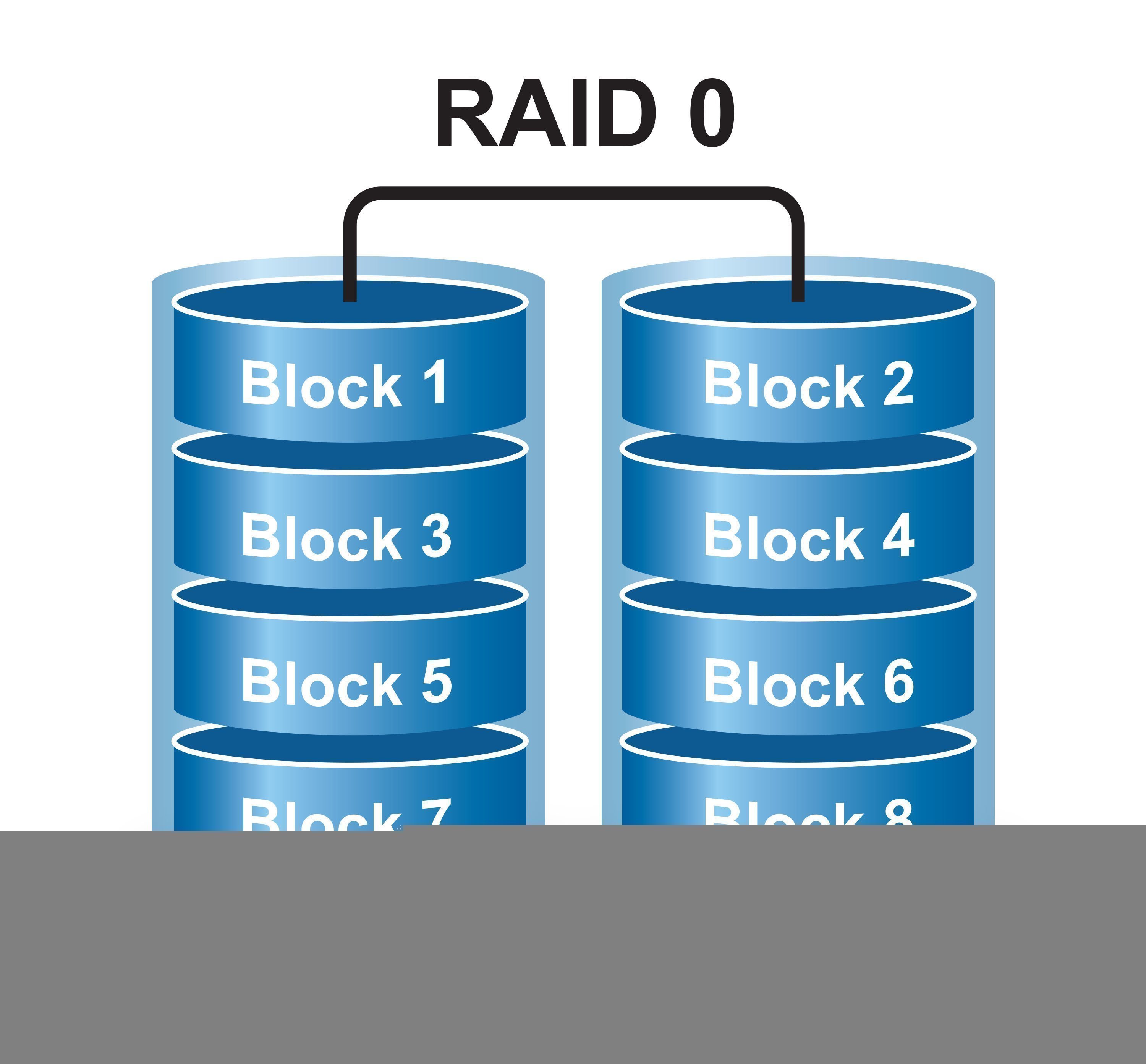 In most cases, people use RAID 0 to improve disk performance or to combine two small physical disks into a larger logical one. By the way, you could make a RAID 0 striped with two or more disks with different sizes. The total storage space of RAID 0 is determined by the size of the smallest disk. For instance, when a 300 GB disk is striped together with a 500 GB disk, the total size of the RAID 0 array will be 600 GB (300×2).

Need to Backup RAID to a Single Hard Drive

“ I'm wondering if it's possible to set up two drives in a RAID 0 array and then back them up to a single drive (twice the size obviously) in case of failure of either drive. What should i do? Any input would be greatly appreciated.”

Unlike other levels of RAID arrays, Raid 0 provides no data redundancy due to the data storage method mentioned above. RAID 0 is not a backup, if any one of the RAID 0 is damaged, and the whole data on the RAID 0 will be gone totally.

Considering no data redundancy of RAID 0, it’s urgent for you to backup RAID 0 drives and you will need the best free RAID backup software - AOMEI Backupper Standard. Below are some advantages of it:

Protect everything on your RAID 0 hard drives: It supports backing up RAID 0 disk including all the data on it. Also, it applies to other storage devices, like IDE, NVMe, SATA, SCSI, SSD, USB external disks, hardware RAID, Network Attached Storage (NAS) and so on, including MBR and GPT disk.
Schedule backup RAID 0 drive: It supports backing RAID 0 drive in daily, weekly, monthly. And it's usually used with incremental backup to backup only changed files.
Save much disk space: By default, it supports normal compression, automatic splitting, intelligent sector backup, etc. All of them helps to reduce the size of backup image automatically.

Now you need to download the free RAID backup software and install it on your computer. Please connect the single drive to your computer and be sure it's recognized.

How to Safely Backup RAID 0 Drives 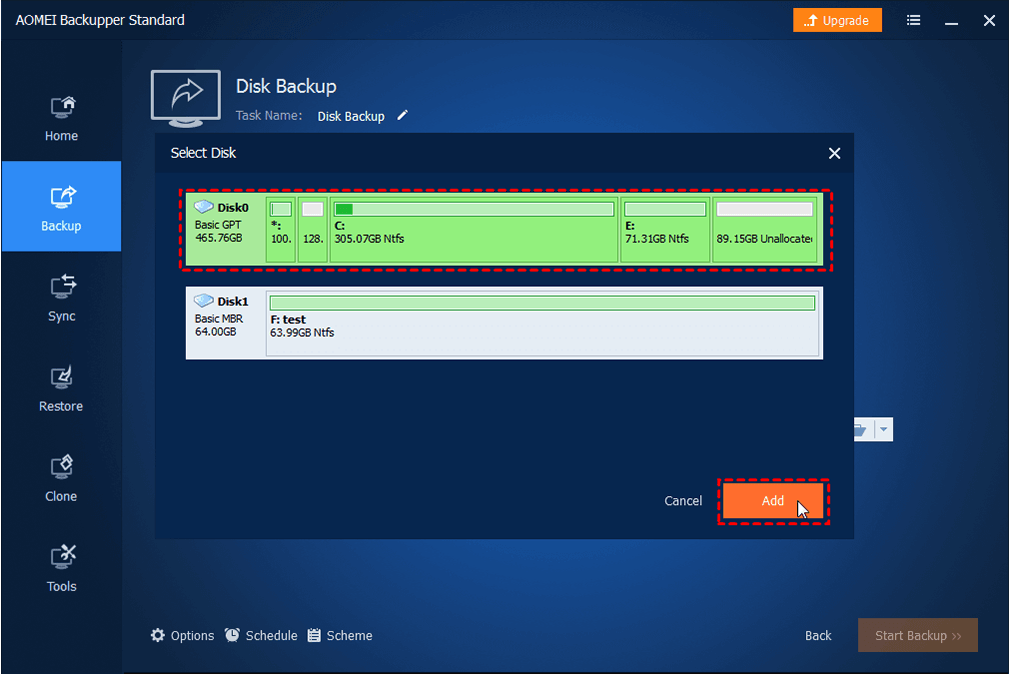 There are some settings you could specify before starting backup (Optional):
✍Options: It allows you to comment, compress, split, encrypt(paid) the disk backup image, enable email notification, etc.
✍Schedule Backup: This option offers you five modes to automatically backup data on RAID 0 on a regular basis, like daily, weekly, monthly, event triggers, USB plug in. It’s especially useful if you are too busy to do the RAID 0 drive backup manually. Please upgrade to enjoy the last two modes.
✍Backup Scheme: This option is capable of deleting old backup images automatically to ensure the backup destination always have enough space for new backup. And most importantly, youcan create incremental and differential backup to backup only changed files.

All the data on the RAID 0 will be backed up safely. If any of the RAID 0 drives failed, you could replace the corrupted one with the new one, and restore data to the new hard disk at once. Follow the steps below if you want to perform RAID 0 drive recovery:

1. On the main page of AOMEI Backupper, select Restore tab, and then choose Select Image File. 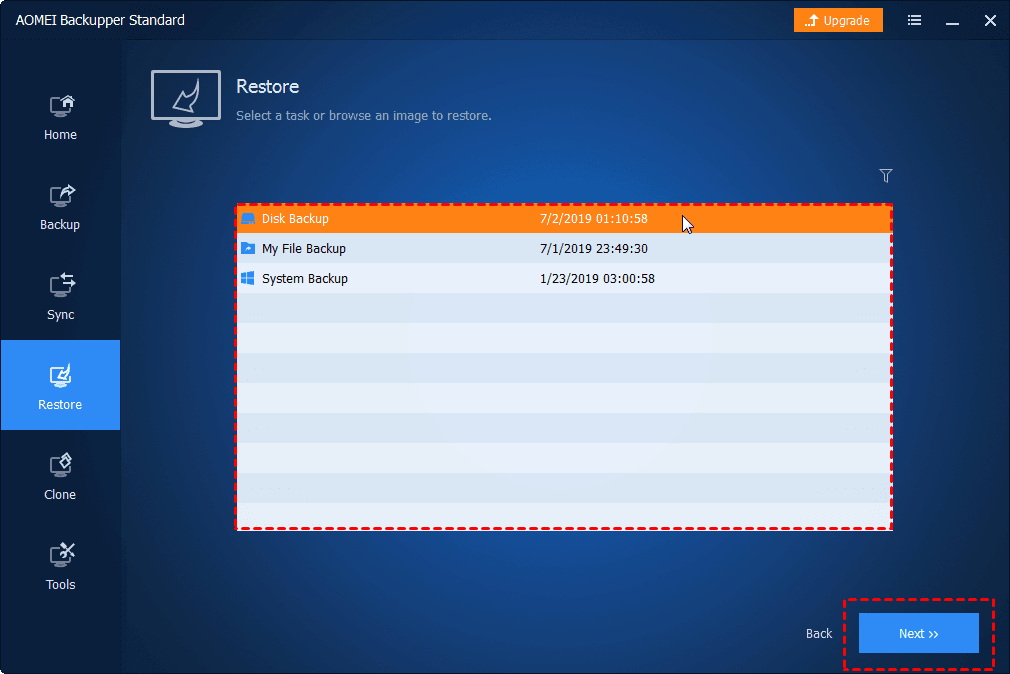 3. Choose the RAID 0 drive as destination.

Besides, you could sync files to another safe location on a regular basis to protect your crucial data (no compression). Or you could sync the data on the RAID 0 drive with the Real Time Sync feature, which is available in AOMEI Backupper Professional. After the first full synchronization, it will sync the changed or newly added part to the location. 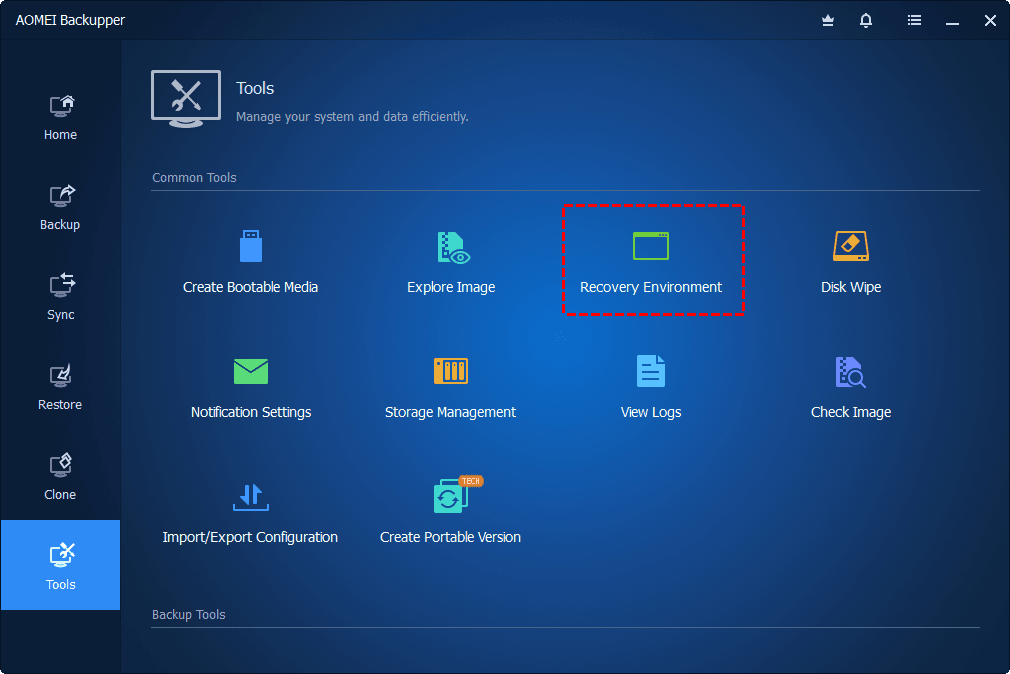 Other Levels of  RAID Drive

Except for RAID 0, you may want to try other common RAID levels in the following.

RAID 0 drive backup is not difficult for you as long as you find the right RAID backup software - AOMEI Backupper Standard. You can backup entire disk, specific partition or individual files based on your needs. And it still provides you with multiple useful features, such as, schedule backup, incremental backup, automatic cleanup method, etc.

Besides, if you want to an easier way to make an exact copy of RAID 0 drive, you can choose to clone RAID 0 drive. Also, it applies to clone HDD to SSD, migrate Windows 10 to SSD without reinstalling, clone MBR to GPT disk or vice versa, etc.