What Does Attempting Data Recovery Mean on iPhone? Fixed!

“My brother recently got an iPhone 7 but he forgot its passcode. We have tried to factory reset it via iTunes. There was one error message of 0xE800015. When we finally get to the correct screen on iTunes. It requires updating iTunes. The iPhone has been stuck on a white screen saying 'Attempting Data Recovery' once that is gone. It says it has failed and comes back saying press home button to recover. Is there anyone to know how to fix this issue? Thanks a lot.”

Some of us experienced the same problem when restoring from a higher iOS version to a lower iOS version using iTunes without a backup. The “attempting data recovery” screen took a long time (maybe 10 minutes), and it was followed by a suggestion to “press home to recover.” 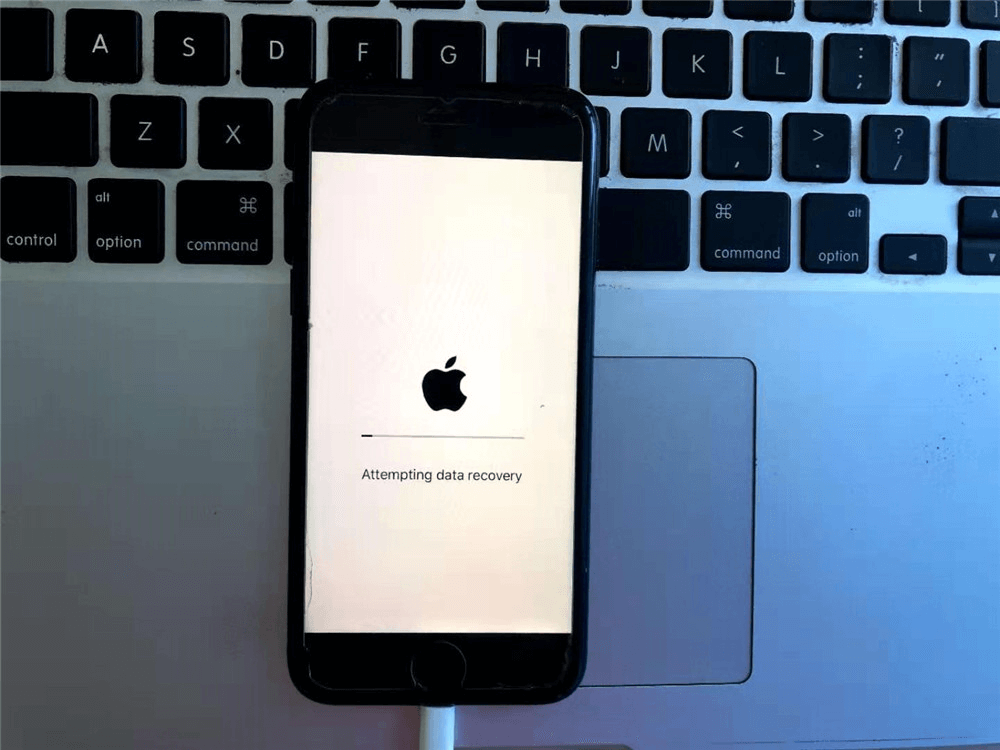 iTunes will display a notice stating that “iTunes could not connect to the iPhone because it is locked with a passcode” and will not do any data recovery operations during this process.

What does attempting data recovery mean on iPhone?

The "Attempting data recovery" problem occurs when you attempt to update an iPhone or iPad to iOS 12, 11.2, 11.3, or 11.4, whether via OTA or iTunes. This not only delays the update but also deletes part or all of their data from their iPhone. Apple Company has not provided an official explanation or solution for the problem.

When you upgrade iOS, the notice "attempting data recovery" may indicate that your iPhone's storage space is very low. This scenario is more common in small storage iPhone devices, such as the 16GB iPhone, although large storage devices are also suffering the same error upon updating.

It’s no need to feel too panic if you see your iPhone is stuck in attempting data recovery. Simply press the Home Button and wait for the update to complete. When the update is finished, your iPhone will return to normal operation. If you can't wait for an extended period of time, you'll have to look for other methods.

If your iPhone keeps displaying "attempting data recovery" with no progress, a force restart may assist you in resolving the error. A force restart is always an effective way to solve lots of iPhone problems. For different iPhone models, there are different steps for force restart.

Step 1. Press and fast release the Volume Up button.

Step 2. Press and fast release the Volume Down button.

Step 3. Press and hold the Side button (Power) until the Apple logo appears.

Press the Volume Down button and Sleep/Wake button simultaneously until the Apple logo appears and then release the two buttons.

Press the Sleep/Wake button and Home button simultaneously until the Apple logo appears and then release the two buttons. 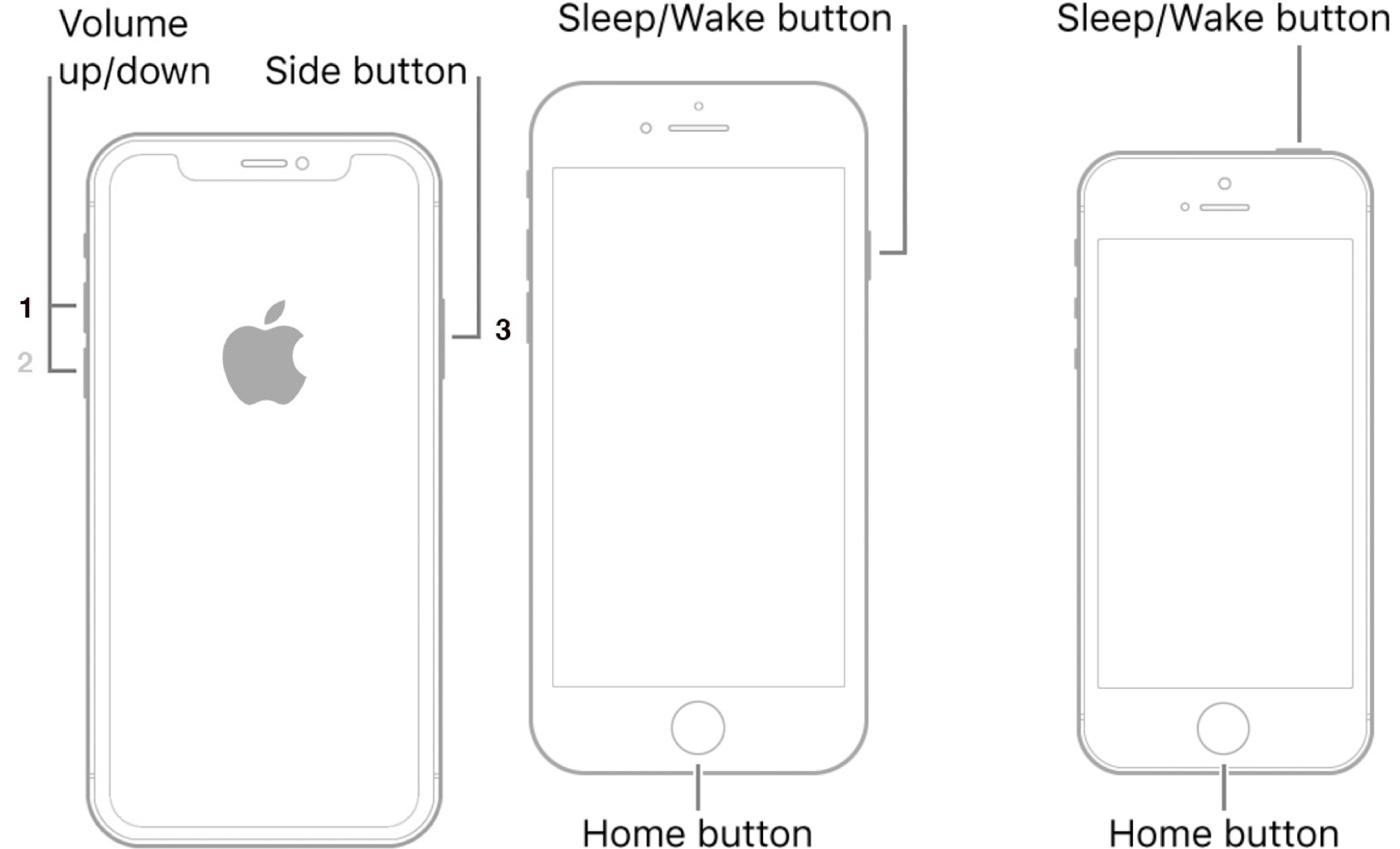 Step 1: Connect your iPhone to the computer.

Step 2: Force restart your iPhone but don't release the buttons when you see the Apple logo, wait until the “Connect to iTunes” screen appears.

Step 3: Then launch iTunes. There will be a pop-up message to show the options to Restore or Update. Select “Update”. iTunes will try to reinstall iOS without losing data. If the “Update” couldn’t fix the issue, you could repeat Step 2 and choose “Restore”, which will erase all the data on the iPhone.

Step 4. Wait for the update or restore process to complete and set up your device.

How to recover data after attempting data recovery loop fixed

Putting your iPhone to recovery mode could fix the issue “iPhone stuck at Apple logo”, but you will lose all of your iPhone data. You could recover lost data from iPhone after attempting data recovery loop fixed from iTunes or iCloud backups.

Step 1. Launch iTunes and connect your iPhone to the computer which you have made iTunes backup before. 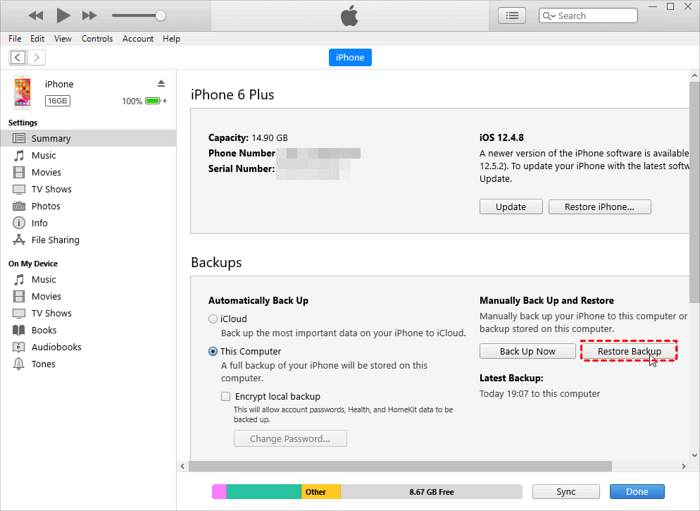 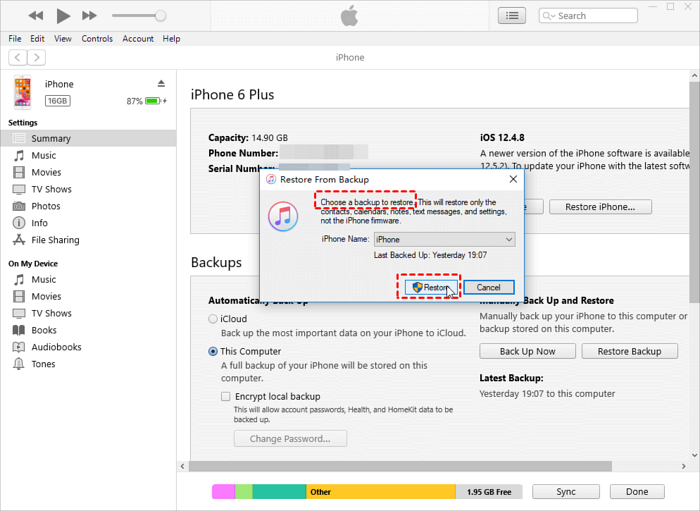 When resetting your iPhone after fixing attempting data recovery, you could recover iPhone data from iCloud backup. 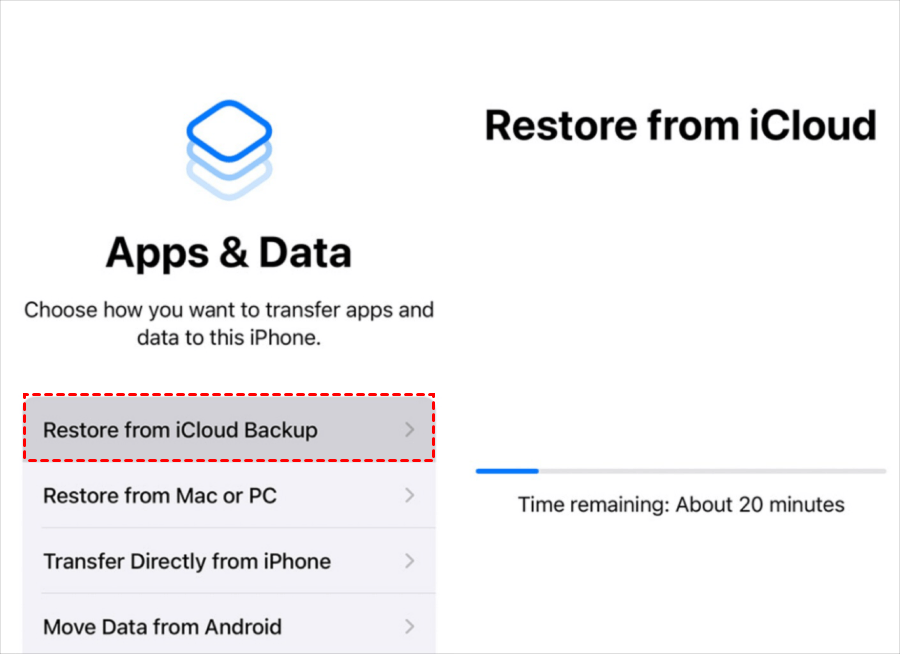 Hopefully, if you encounter such an update error in the future, you will be able to easily fix the issue and get rid of the iPhone stuck on the “Attempting Data Recovery” error by force restart and putting the iPhone to recovery mode.

Besides, the most important thing to avoid iPhone data loss is to make a regular backup via iTunes or iCloud. A freeware-FoneTool could be a good alternative to back up your iPhone important data selectively or fully. In this way, you don’t need to worry about your vita data would be lost due to an iPhone update bug anymore.