You will learn how to clone HDD to Seagate SSHD sucessfully with a reliable disk cloning software, it's AOMEI Backupper Standard. Get details in the following.

Why clone HDD to Seagate SSHD?

With the development of technology, there are a lot of storage devices such as HDD, SSD, SSHD(short for solid state hybrid drive). But, how to choose it? Let’s see its differences and find the proper one.

Whether from price or function, SSHD can be a compromise between SSD and HDD. If you choose to upgrade SSHD on laptop or desktop, you don’t need to decide where to store files and programs. Because SSHD with a controller chip which can decide the location to store files or programs. And it will intelligently realize which software you use most, and try to store the software in SSD for a faster loading time and better overall performance. 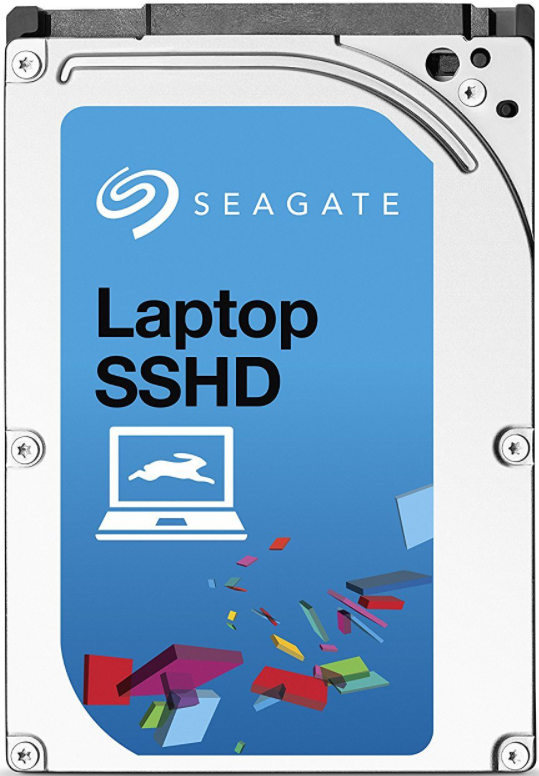 Does Seagate have cloning software?

Does Seagate have cloning software? This can be a doubt for many users who want to clone hard drive to Seagate SSHD. The clear answer is yes, you could use Seagate DiscWizard, it's an integrated cloning software released by Seagate.

However, you are only allowed to clone the entire disk including operating system, installed programs along with settings. And sometimes Seagate DiscWizard is not cloning when you clone Seagate hard drive or just a single partition in Windows 10 /8.1.

Meanwhile, you may find that the select cloning software fail to clone SSHD. The main reason is this software does not support SSHD, you can check related information to confirm. And the cloned SSHD won't boot after cloning can be another issue if you use an untrusted software.

Therefore, it is necessary to choose a reliable disk cloning software, which can greatly increase the success rate. Here I strongly recommend you AOMEI Backupper Standard. It can help you clone HDD to Seagate SSHD in simple steps and boot successully.

Disk clone is to make an exact copy of original hard drive, but sometimes the cloning operation will fail. To ensure that the process goes smoothly, please stay for while and check disk cloning issues carefully.

How do I clone HDD to Seagate SSHD successully?

Here you will use a reliable Seagate cloning software - AOMEI Backupper Standard to clone hard drive to Seagate SSHD with its "Disk clone" feature. With it, you can not only clone disk to larger disk with secure boot, but also clone larger drive to smaller drive successfully.

The default cloning method of this software is "Intelligent clone", which only cloned used sectors on the old hard drive. Therefore, you can clone larger HDD to smaller SSHD or SSD effortlessly as long as the used space on the source disk is smaller than or equal to the destination disk.

In addition, this software still supports "Partition Clone" and "System Clone", so you can choose to clone data partition or system partition per your needs. Please note that "System Clone" is only available on AOMEI Backupper Professional or advanced version.

Then, let's get started to clone hard drive to Seagate SSHD with AOMEI Backupper Standard. This software is compatible with all the operating system, including Windows 10/8.1/8/7/XP/Vista.

Step 1. Connect the SSHD drive via USB cable and make sure it can be detected. Then, download free disk cloning software AOMEI Backupper Standard, install and launch it, click Clone -> Disk Clone to start this operation.

Note: This version only supports cloning system disk with the same partition tyle, such as, cloning GPT disk to GPT disk. If you want to clone GPT system disk to MBR or migrate MBR system disk to GPT, you could consider upgrading to AOMEI Backupper Professional.

Step 2. Select the original disk on your computer as Source Disk, then click Next.

Step 3. Select the new Seagate SSHD drive as Destination Disk, then click Next. Then, you will be told that the destination disk will be overwritten, please backup files in advance.

Step 4. In the Operation Summary window, confirm all the information and click Start Clone.

Notes ✎...
Edit Partitions: This feature allows you to resize partition size with three options, namely, "Copy without resizing partitions", "Add unused space to all partitions" and "Manually adjust partition size", so the cloned hard drive will show full capacity. It's availble on AOMEI Backupper Professional at least.
SSD Alignment: This feature is to accelerate the reading & reading speed of SSD drive when cloning hard drive to SSD or SSD to larger SSD.
Sector by sector clone: This feature enable you clone all sectors of original hard drive to new drive including the used sectors. If your original disk has bad sectors, it will be cloned to new disk, so please don't use this feature.

Step 5. Wait untill the process completes and click "Finish" to exit this window. Then, you can try to boot computer from the cloned hard drive and check if all your data are here.

With the help of AOMEI Backupper, you can clone HDD to Seagate SSHD easily and quickly without boot issues. Also, this software allows you to clone Seagate HDD to SSD, clone larger HDD to smaller SSD, clone MBR disk to GPT disk, replace laptop HDD with SSD etc. In sum, whether you want to clone HDD, SSD, MBR disk or GPT, it can be a great choice.

Also, you can use it to move system reserved partition to another drive, transfer recovery partition to new hard drive, migrate OS to SSD etc. Sometimes, you will be told that this feature is only availble on AOMEI Backupper Professional, please upgrade freeware AOMEI Backupper Standard first.