How to Easily Boot Computer Step by Step (with Picture)

You will learn how to easily boot computer step by step, widely used in cloned/restored hard drive or a fresh installed disk.

What does it means to boot computer?

Computer booting means a process of starting a computer with operating system installed on it. During the booting process, it will load some software in main memory (also called ransom access memory ) required to start Windows by hardware or firmware (MBR or UEFI) in the CPU. Let's look at the booting process in details.

First, press the power button of a computer to start up the power supply.

Next, the basic input-output system(BIOS) on the read-only memory(ROM) will be loaded, and it will start to check if all the hardware is working properly, the process is also called power-on self test(POST).

Then, the BIOS will start to find the bootable device through the boot sequence and boot loader or volume boot record (VBR) on the active primary partition, usually located in the first 512-byte sector.

Finally, Just wait the file loading process, then you will see a boot screen including all the information of the computer and a prompt to enter the BIOS setup. Set the right boot order in BIOS to start your computer. 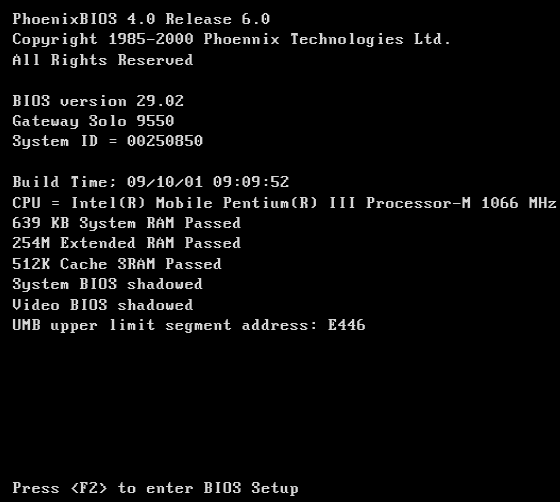 Unlike BIOS, UEFI does not rely on boot sectors, UEFI system loads the .efi files of boot loader directly, and the OS kernel is loaded by the boot loader.

The boot process looks complicated, doesn’t it? Not actually, because your computer will perform all the operations automatically in the background before you see the boot screen. Then, the rest is just a piece of cake. Check them in the following.

If your computer is a desktop

Step 1. Completely shutdown your desktop computer, otherwise the disk may be burn out. Then, install the new disk on the extra drive bay using screwdriver, it can be a cloned/restored drive, or freshed installed disk.

Step 2. Click the power button to restart your computer.

Step 4. Your computer will enter the legacy BIOS if the destination disk is a MBR disk, and you will see several tabs at the top. Go to the Boot tab and set the new hard drive as first boot option in Legacy Boot Option Priority option or similar option. 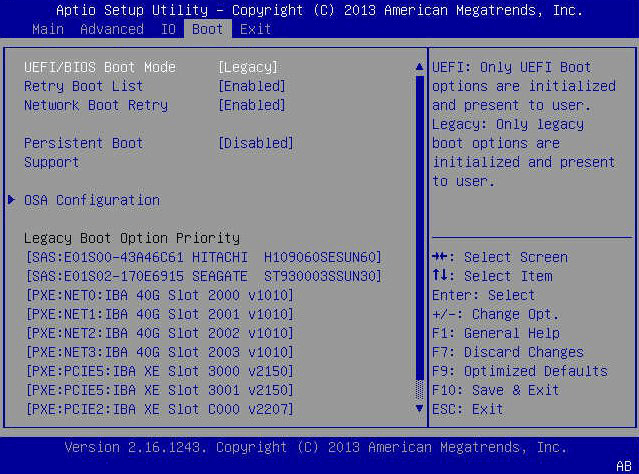 Step 5. Save changes and reboot your computer to access the desktop. Then, check if all your content are intact.

If your computer is a laptop

Unlike the booting process of desktop computer, laptop will be a little tricky, because most of them only have one drive bay. Therefore, you need to swap hard drive in laptop with new hard drive first, it can be a cloned/restored hard drive or fresh installed disk, then boot just like a desktop computer.

Step 1. Completely shutdown your computer, and open the laptop back panel to access your hard drive.

Step 2. unscrew the screws holding hard drive in the computer and put them into a safe case, so you can easily get them later.

Step 4. Install the new hard drive on your laptop. Slide the new hard drive in at an angle just like the way you take it out and push it firmly into place where the old hard drive is located, so it's fully connected to the interface. Then, secure the hard drive with removed screws earlier and put back the laptop panel.

Step 5. Reboot your laptop computer from the new hard drive.

That’s all the booting process of computer step by step with picture, you may already start computer from the new hard drive. But if the cloned or restored hard drive won’t boot, you could check the given solutions in previous link and then try them one by one. Also, if there are any problem related to our product or technical issues, you could contact us via [email protected]