Seagate is a data storage company which has produced many popular products like hard drives and NAS. In previous articles, we’ve introduced how to clone Seagate disk. Now let's talk about Seagate NAS backup.

However, according to the 3-2-1 backup strategy, NAS should not be the only measure of your data protection. Instead, it’s better to keep at least 3 copies of your data, 2 for different storage devices, and 1 for offsite.

Offsite here refers to remote locations like cloud drive or NAS. That is to say, in addition to backup local files to Seagate NAS, it’s also recommended to backup files in NAS to other devices like external hard drive or USB, because the data stored in Seagate NAS is not absolutely safe, either. And a qualified NAS backup software should be able to meet both of the requirements. 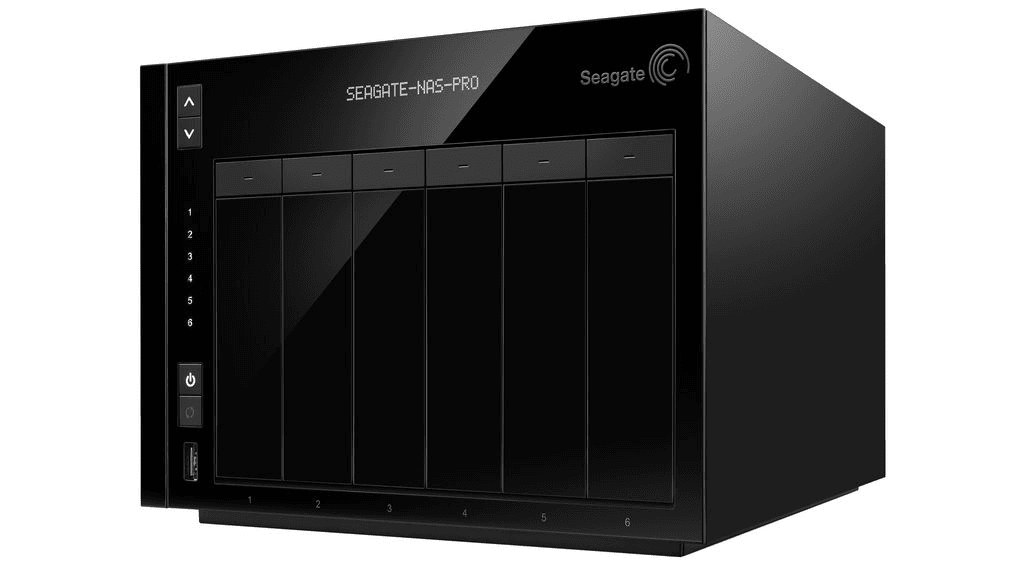 You probably know some integrated Seagate NAS backup software, like Seagate BlackArmor Backup, which can back up the operating system, selected files and folders, partitions, or even the entire disk drive. It’s quite versatile with the ability to do sector-by-sector backup, schedule backup, full/incremental/differential backup, etc. 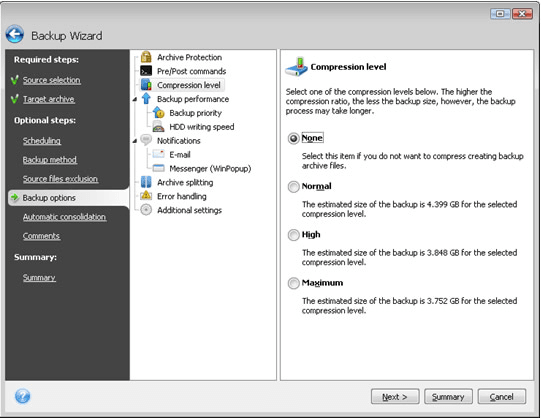 Also, if you are using a Seagate or Maxtor hard drive, you could also use Seagate DiscWizard to store backups on NAS just like on an internal drive. 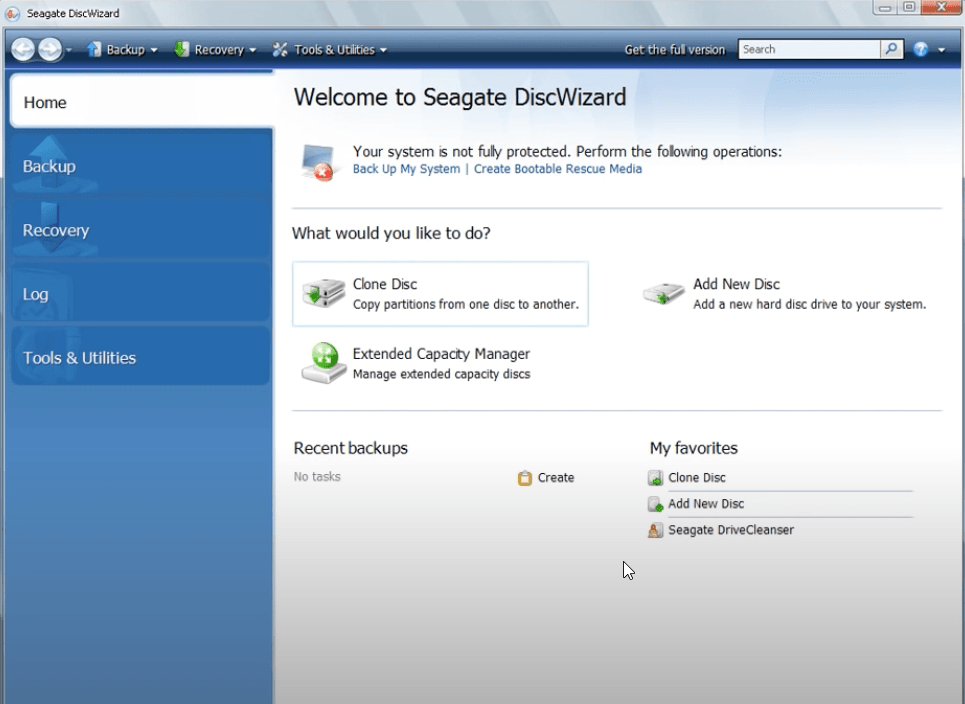 As you can see, these integrated NAS backup solutions are all subject to a variety of usage restrictions. If you want to perform data backup more flexibly, another powerful Seagate NAS backup freeware - AOMEI Backupper Standard comes in handy.

How to backup Seagate NAS with best free software?

AOMEI Backupper Standard is a free yet complete backup software. It comes with rich functionality and high compatibility. Here are some of its advantages:

◆ Not only Seagate NAS or hard drives, other brands of NAS, cloud drives, internal/external disks, USB, etc. are also supported as the backup source or destination. For example, you could backup Windows 10 to Synology NAS, or backup QNAP NAS to external hard drive.

◆ In addition to image backup and restore, you can also use this software to perform file sync or disk clone.

To use AOMEI Backupper for Seagate NAS backup, there are some preparations need to be done:

● Make sure the Seagate NAS device works. Take note of its IP address.
● If you want to backup NAS to a removable devices, connect it to your computer properly.

Now I'll back up Seagate NAS to an external hard drive as example.

Step 2. Click Add File or Add Folder to specify what you want to backup. When the Open window pops out, select Share/NAS. 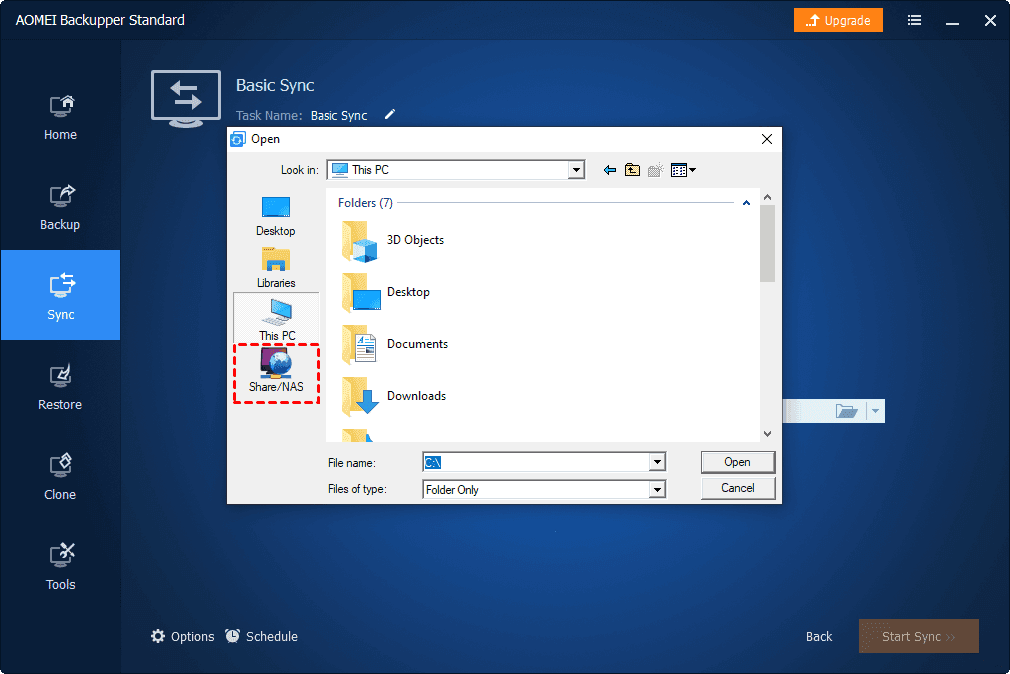 Click Add Network Location to enter the path of your Seagate NAS and hit OK. Then select the files you want to backup.

You can select multiple files/folders by repeating the steps above. 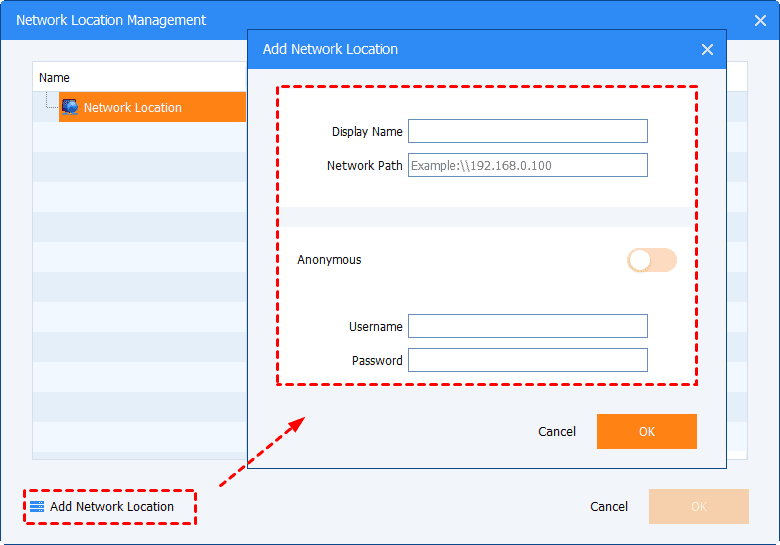 Step 3. Now select the connected external hard drive as the destination to save the Seagate NAS backup image. 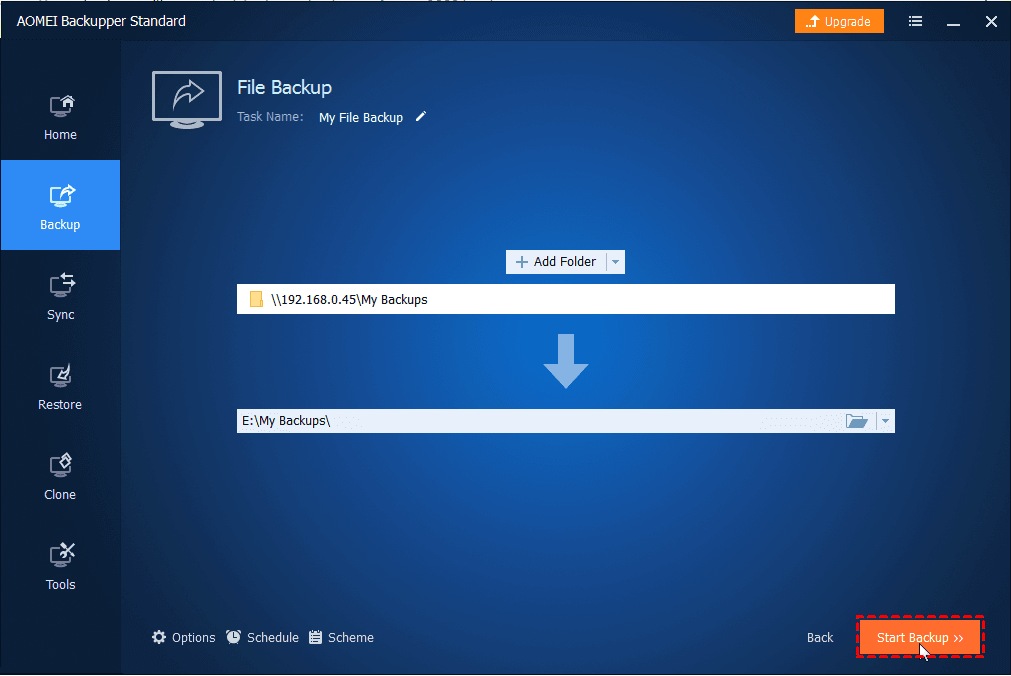 Step 4. Manage settings in Options, Schedule, Scheme as you like, then click Start Backup and wait for it to complete.

Options: manage settings about backup mode, compression level, comments, email notifications, etc.
Schedule: create a schedule to run backup task Daily/Weekly/Monthly. You can upgrade to Professional edition to unlock two more options - Event triggers and USB plug in. Thus you could even automatically backup data to NAS on computer startup/shut down, or when USB drive plugged in.
Scheme: In Professional or higher editions, you could set up a rule here to delete older backups automatically, so as to save your storage space in Seagate NAS or other devices.

If you want to backup files from your PC or other locations to Seagate NAS, just select the source directory and target directory accordingly.

Tip on how to backup files to cloud drive:

Cloud drives are more and more popular, because it's far away from computer failure. If you have an AOMEI account, you can choose to backup files to Seagate NAS to AOMEI Cloud with its Cloud Backup feature. And it still offers you 1TB of free storage in 15 days. 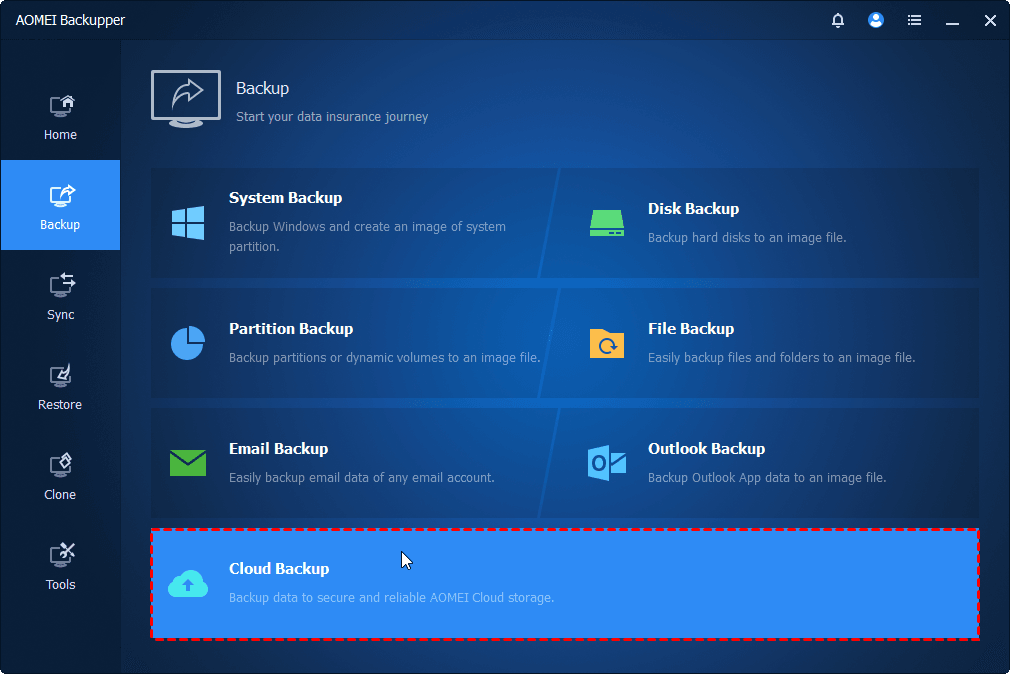 To backup data to/from Seagate and other NAS, a NAS backup software like AOMEI Backupper would be the simplest solution. Unlike those integrated backup utilities of Seagate NAS or hard drive, AOMEI Backupper doesn’t have that many restrictions on supported system or hardware.

What’s more, it can also be an effective alternative to DiscWizard with its disk cloning features. You can use it to migrate HDD to SSD, or clone larger drive to smaller drive. It doesn’t matter even if you are Windows Server user, because there’s a Server edition as well.