How to Clone Hard Drive to SanDisk SSD in Windows 7/8/10?

AOMEI Backupper is the best tool to clone hard drive to SanDisk SSD in Windows7/8/10, and this article provides detailed steps to guide you.

To begin, solid state drive (SSD) is designed for faster speed and better properties so that many users want to replace their old hard drive to an SSD. With the SSD, the boot time will be shortened, and the computer performance will be enhanced. Among all brand SSDs, SanDisk SSD is popular due to its outstanding performance and strong compatibility with Windows OS. 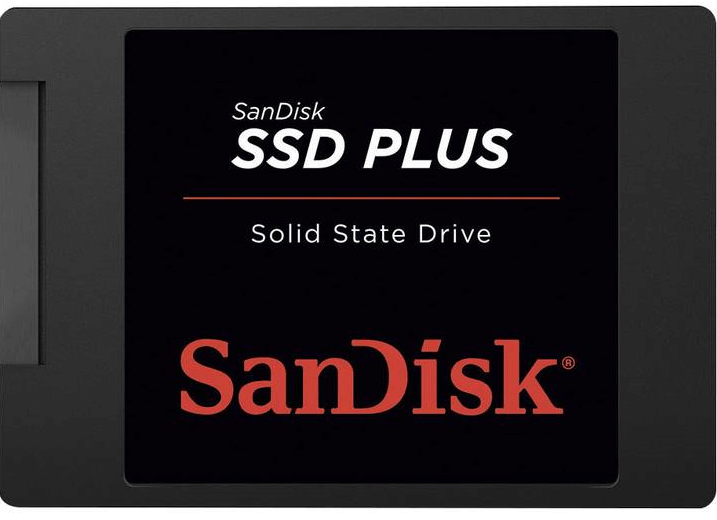 A lot of users want to change their HDD to a SanDisk SSD. However, replacing a storage device means to transfer operating system and applications. You can spend a long time installing them from scratch again. Or you can clone hard drive to SanDisk SSD so as to quickly get an exact copy. To achieve this, you just need professional SanDisk cloning software.

SanDisk SSD Notebook Upgrade Tool Kit comes with cloning software, which can transfer files, programs, and operating system from hard drive to SanDisk SSD. And it still offers you a fast USB 3.0 to SATA cable and step-by-step instructions. But there is an obvious disadvantages-it’s paid.

If you don’t mind, you can get it on the internet and then use it to clone hard drive. But if you mind, you could consider using a free SanDisk cloning software like AOMEI Backupper Standard.

AOMEI Backupper Standard is the best tool for SanDisk to clone HDD to SSD. It’s free but professional. And it supports cloning not only disk but also partition to all kinds of storage devices including SanDisk SSD and other brand SSDs, USB drives, NAS, HDD, SSHD etc.

Next, I will say something you may care about:

Continue to see below and I’ll show you how to clone hard drive to SanDisk SSD later.

Before starting to clone HDD to SanDisk SSD, you need to connect SanDisk SSD using one of the following two methods:

To clone hard drive to SanDisk SSD, use the following steps:

3. Select HDD (here is disk 0) as the source disk, and click “Next” to continue.

4. Select your SanDisk SSD (here is disk 1) as the destination disk to save disk copy. Click “Next”.

5. Select “Edit partitions”, “Sector by sector clone” or “SSD Alignment” according to your needs and click “Start Clone” to continue. 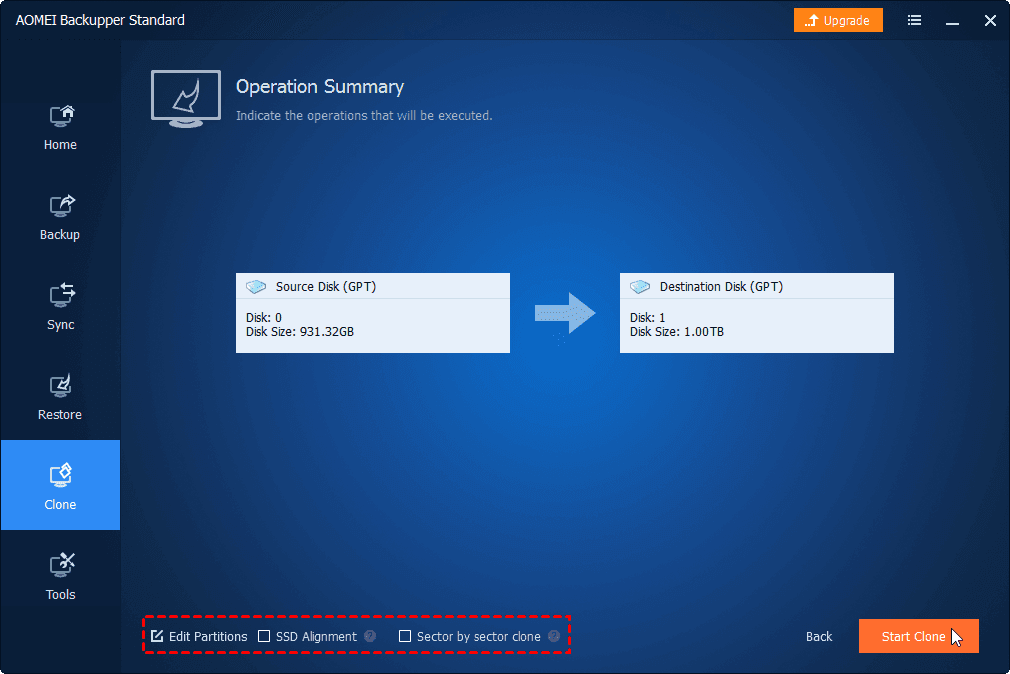 Tips: If you don’t know when and what features to use, now I will explain it for you in detail.

The first feature only supports on AOMEI Backupper Professional or other paid version. If you need to clone disk to a larger one, you could consider using the advanced version.

Need to clone hard drive to SSD successfully without reinstalling, even for a smaller one? Download AOMEI Backupper and then follow the above steps to clone disk.