This article will show you how to install and configure Windows Server Backup using PowerShell to protect data on your servers. It also provides reliable third-party software to back up your server. If you are interested, please continue reading.

Windows Server Backup (WSB) is a feature that provides backup and recovery options for Windows server environments. You can use it to back up a full server (all volumes), selected volumes, the system state, or specific files or folders—and to create a bare metal backup that you can use for bare metal recovery. You can recover volumes, folders, files, certain applications, and the system state.

Windows Server Backup is designed for everyone who needs a basic backup solution (from small businesses to large enterprises), but even for small organizations or individuals who are not IT professionals. 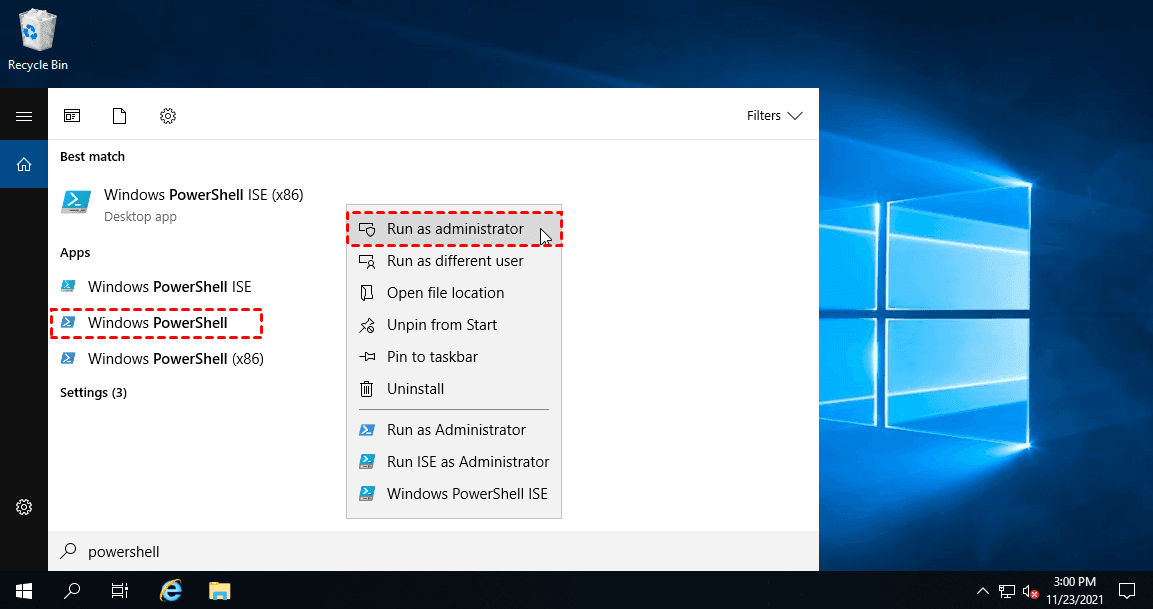 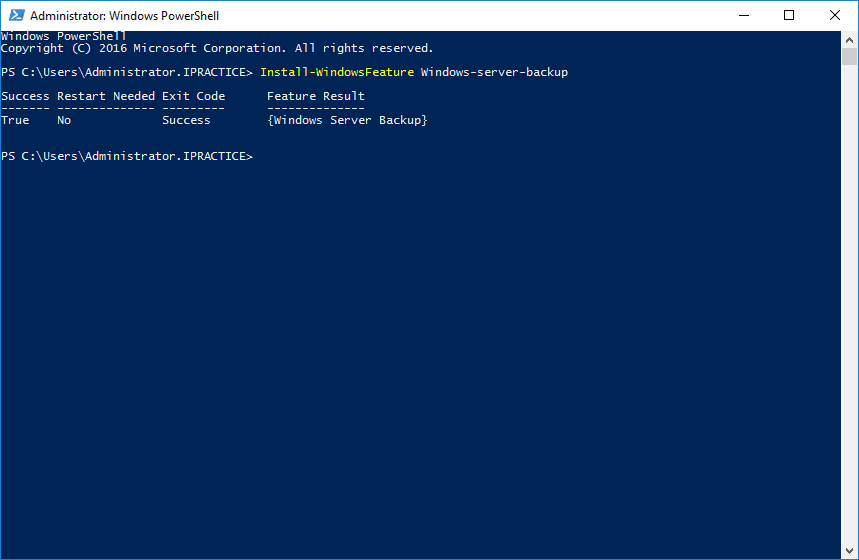 How to Configure Windows Server Backup by PowerShell Cmdlets 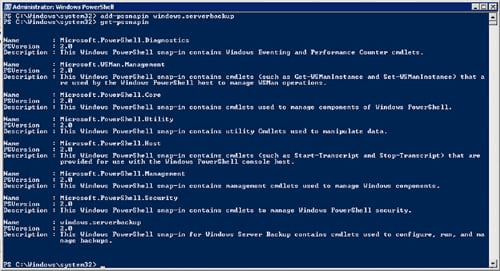 Once this is done, you are ready to start with the Server Backup cmdlets.

The cmdlet descriptions and syntax of some Windows Server Backup cmdlets are provided below for reference. If you want to learn about all cmdlets, click here.

I will show you how to starts a one-time backup operation by PowerShell cmdlets.

● This command creates a new backup location object that contains the volume that has the drive letter E and then stores that object in the $BackupLocation variable.
PS C:\> $BackupLocation = New-WBBackupTarget -VolumePath "E:" 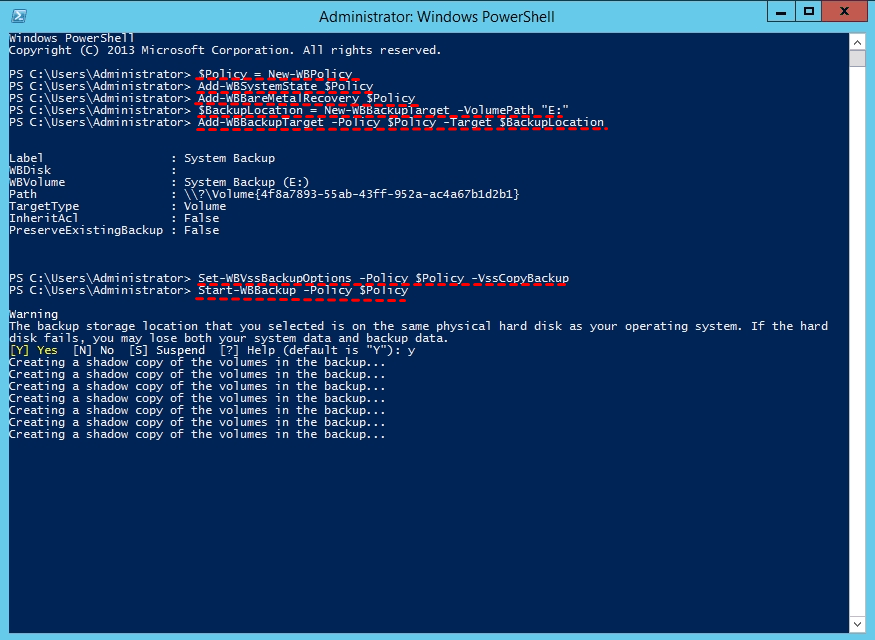 This example starts a backup by using new settings.

The observed attack appears to have implemented CVE-2022-41040 to gain privileged access and CVE-2022-41082 to perform remote code execution via PowerShell.

Warning:  The Patch Tuesday, November 2022 reportedly fixes 69 Windows vulnerabilities. Among them, The CVE-2022-41040, and CVE-2022-41082 on Microsoft Exchange Server allows authenticated attackers to run Powershell command. And the attacker can potentially gain access to other resources via lateral movement into Exchange and Active Directory environments.

As shown above, if you are not familiar with computer technology or skills, using Windows Server Backup with PowerShell for data protection will be a bit troublesome. And you need to remember a lot of cmdlets to complete the backup process.

Here, I recommend to you a more convenient and simpler way to protect your servers. AOMEI Backupper Server is a full-featured backup and restore software for Windows Server 2003, 2008, 2012, 2016, 2019, 2022 (including R2) and all Windows PCs (all 32-bit and 64-bit versions). You can use this software to backup your server with just a few clicks. Let's take a brief look at what powerful functions it has.

❀ It supports you to back up Server to different storages. For instance, backup Server to QNAP NAS, external hard drive, network share, cloud service, etc. No matter what accidents happen, you can restore your backups from these places.
❀ It allows you to schedule backup. You can use Daily/Weekly/Monthly schedule backup or Event trigger and USB plug in feature.
❀ It provides incremental and differential backup modes to copy only changed files to ensure you always have the changes made on your server.

Then, I will show you how to backup the data on your Server using AOMEI Backupper. Please download and install this software first.

Tip✍: if you just want to backup your Windows Server operating system, please select System Backup. The program will automatically select the system partitions by default

Step 3. Choose a destination to save the backup.

Step 4. Click Start Backup to back up the data and system of your Windows Server.

Helpful tips:
✡ Options: You could add a comment for your backup and use other backup settings, such as compression, splitting, and encryption.
✡ Scheme: You can set backup method (Full/Incremental/Differential Backup) or delete old backup images (by quality, by time or by daily/weekly/monthly) for more space.

By comparing the backup process of the two, it is not difficult to find that the latter is simpler and easier to operate. AOMEI Backupper is a powerful backup software for all Windows Servers and PCs. In addition to the backup function, it also has functions such as cloning, synchronization, and recovery. You can use it to create a Windows Server recovery disk and boot from it in the event of an accident.