Learn to backup server to QNAP NAS in a smoother way without worrying about the SMB issue.

You can’t use WSB to backup server to QNAP NAS.

Professional NAS backup software, AOMEI Backupper perfectly supports QNAP NAS, so you will not have a scratch while backing up to NAS network location. Based what you want to include in a backup, it provides System Backup, Disk Backup, Partition Backup, and File Backup. You can create scheduled/automatic backup over NAS network location, and incremental backup and differential backup are both supported. When you have saved a lot of backup versions, you can merge them into one backup or enable Backup Scheme to automatically delete previous backups. What’s more, it also allows you to start many computers within LAN in order to perform a system restore using AOMEI PXE tool.

How to backup to QNAP NAS in Windows Server

If you are running Windows Server 2008(R2), 2012(R2), or 2016, you can use AOMEI Backupper to backup Windows Server to QNAP NAS. It is very easy to use. For example, if you want to create a system backup to NAS, you can refer to the following steps.

2. In the next screen, you can see required partitions have already been selected. You need to just select the destination path, click the triangle down and then go to Share/NAS Management.

3. Type the dress of the QNAP NAS location and user name and password if need be. 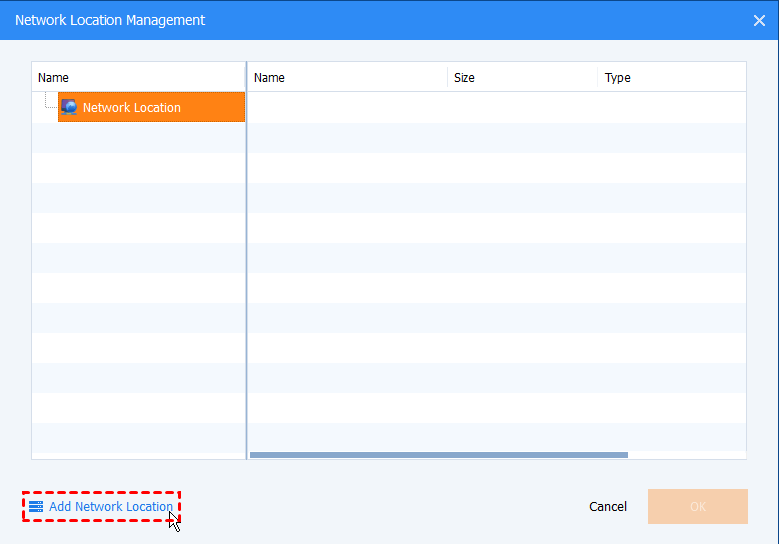 4. Click “Schedule” to configure if a schedule to run this backup automatically if needed be. Then click “Start Backup” to start the backup.

1. There are 6 options in Schedule settings for you to automatically backup your Windows Server data:

That is how you can backup server to QNAP NAS with AOMEI Backupper. After the backup is done, you can create a bootable rescue media in Utilities in order to restore system when it crashes. Besides that, AOMEI Backupper also allows you to do System Clone, Disk Clone, and Partition Clone to have an exact copy of your data without imaging.