Can you backup mapped network drive with Windows Server Backup?

Windows Server Backup, the built-in backup tool of Windows Server operating system like Server 2008 (R2) and Server 2012, is able to create backup image for the Server and backup to the network share, only full backups. Well, could you select a mapped network drive as the backup item?

Backing up a mapped network drive is more complicated for the utility because the mapped drives do not exist outside of the logged on user’s session. As a result, you can either run the backup from within the very session which is not an option with Servers, or recreate the mapping in your backup run context, where you have to know the UNC path of the location not only the mapped drive’s name.

Absolutely, you have more choices than the complicated ones. You can backup mapped network drive with third-party backup software.

AOMEI Backupper Server is dedicated backup & restoring software that designs for Windows Server operating systems such as Server 2003, Server 2008 (R2), Server 2012 (R2), Server 2016 and Server 2019. It can help you backup a mapped network drive in only a few clicks and also provides various other functions:

As a matter of fact, you can directly backup from network share or NAS path if you did not map the drive to local. Let’s have a closer look. Take making Windows Server 2008 (R2) backup mapped drive for example.

Tip: You can also use the Cloud Backup feature to backup files on the mapped drive. It allows you to backup files to AOMEI Cloud and offers you1TB of free storage if you register an AOMEI account.

2. Click on Add Folder or Add File to add folders/files on the mapped network drive (it is shown as a local drive in File Explorer) to be backed up.

The Filter settings option allows you to include/exclude some certain file types during the backup process. 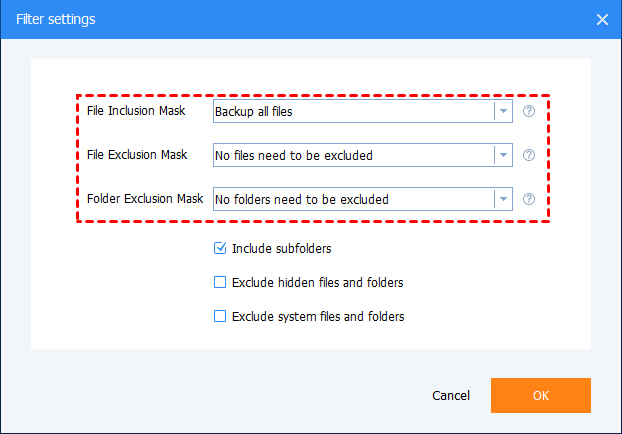 3. Choose another location as the destination path. Backing up to local disk, external drive, NAS and Cloud are available. 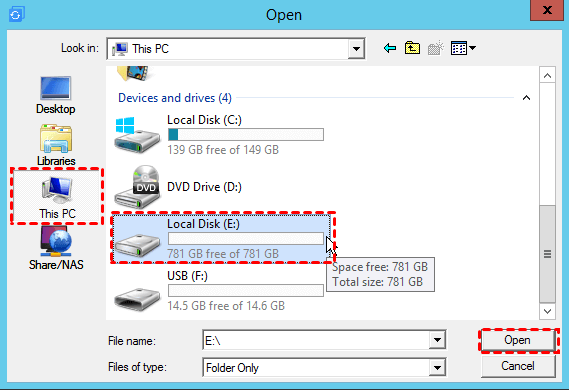 5. Click Start Backup to run the backup immediately or at the next schedule time. 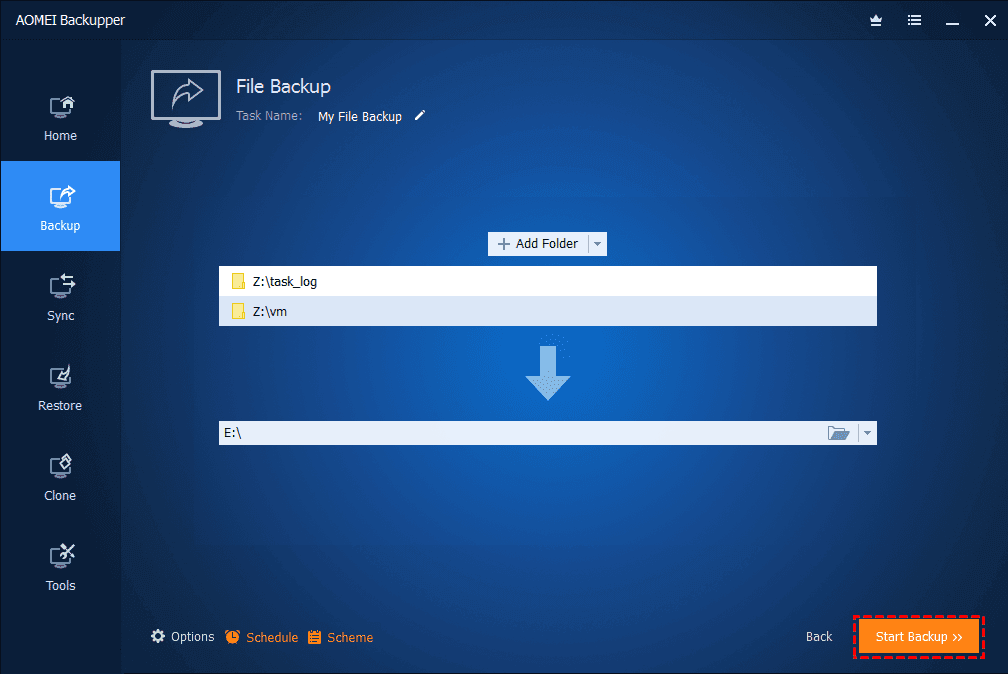 More Details about Schedule and Scheme

To help you manage your backups easily in Windows Server 2008, 2012, and other systems, AOMEI Backupper provides you two powerful features: Schedule and Scheme.

There are 5 options in Schedule that you may need:

Another powerful feature is Scheme, you could click Scheme -> Enable Backup Scheme to customize the retention policy.

When you cannot make Windows Server backup mapped drive, why don’t you turn to other reliable backup tools? Besides file backup, you can do system backup, disk backup, system clone and disk clone with the software as well. If you’re a service provider, it is recommended to try AOMEI Backupper Technician Plus edition which enables you to offer charged technical service to unlimited companies or individuals.