Can I create Windows Server incremental backup to network share?

Windows Server has its built-in utility Windows Server Backup or WBadmin start backup to create scheduled backup to a network share, but only full backups will be performed.

Since Server 2008, you are only allowed to keep one backup on remote shared folder. Even if you map the network shared folder as a network drive, it will still fail to create incremental scheduled backup.

How to perform Windows Server Backup incremental to network share

However, this method is time-consuming, and only let you schedule one incremental backup at a time. Actually, there is another way that can help you perform Windows Server Backup incremental to network share easily and supports multiple schedules. Just refer to Method 2 to get it.

Windows Server built-in tool Disk Management is able to create VHD/VHDX files, which can be displayed in File Explorer as a local drive. In that way, you can let Windows Server backup to network share. Then you can use the VHD to perform incremental backups to Windows Server 2008/2012/2016, which is quicker and less disk consuming than full backups.

1. Type "diskmgmt.msc" in the search box or Run box and press Enter to launch Disk Management.

3. Enter a network location and disk size. Then click OK. 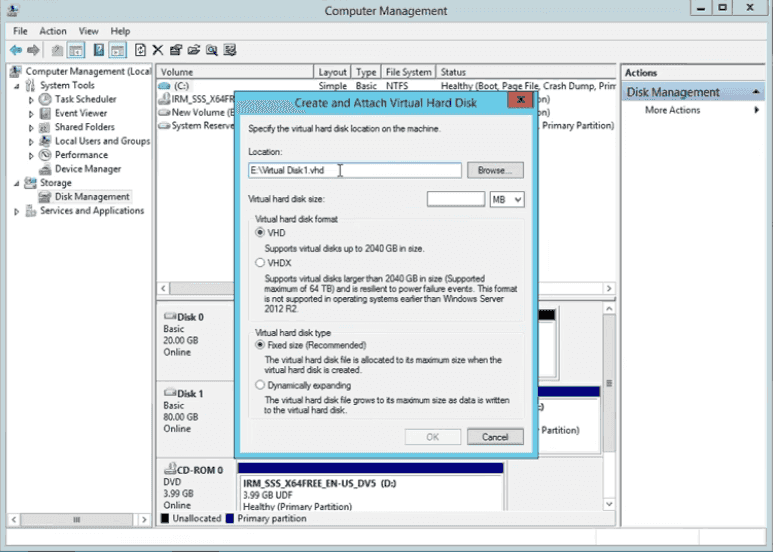 4. Right-click on the new created disk and choose Initialize Disk.

5. Right-click on the unallocated space and choose New Simple Volume. 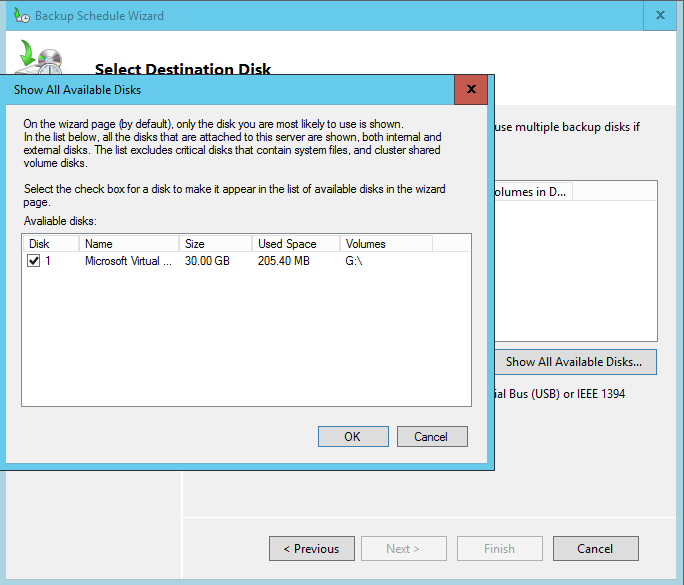 2. The program will automatically choose the system-related partitions to be backed up. You just need to expand the drop-down menu of the second column and click Select a network location.

3. In the pop-up window, click Add Network Location and type in the network path. Then, choose a shared folder under the path.

4. After specifying the backup target location, you can click Backup Schedule to configure a specific time that you want the backup performed. Under Backup Scheme tab, you can see Incremental Backup is set as default. You may change it to Full Backup or Differential Backup based on your need.

5. (Optional) In case of running out of space after several runs of backups, you can enable Automatic Backup Cleanup in Backup Scheme to auto delete old backups.

Note: If you want to get notified whether the backup runs successfully or not, click Options to enable Email Notification. And also set a password to protect the backup image.

Now you know two methods to perform Windows Server Backup incremental to network share. To make things easier, AOMEI Backupper Server is the way to go. It can help you schedule multiple incremental Windows Server 2008/2012/2016 backups to network share. Besides, you can also perform System Clone, Disk Clone, and Partition Clone to protect your data.

In addition, if you're a service provider, you can try AOMEI Backupper Technician to offer charged technical service to unlimited companies or individuals.