Window 8/8.1 operating system is acclaimed among Windows users, no matter home users or small business users. Windows 8/8.1 acts as an important role. However, it still faces a serious problem that the hard drive disk may break because of series reasons, such as virus, human wrong operation, a great heavy shock, or some other unexpected situations. Once those happened, the data loss will make users suffer a big damage. In case of those errors, image Windows 8/8.1 to new hard drive is necessary.

Actually, backup Windows 8 disk to new hard drive can not only protect the data, but also can apply to install the same system to another PC. If you want to upgrade the system or change a new hard drive for your PC, imaging Windows 8 can provide a simple way that you can restore the image of Windows 8 backup. It could save a lot of time.

The Way to Image Windows 8/8.1 Disk to New Hard Drive

Imaging Windows 8/8.1 to a new hard drive is a good way to prevent the hard disk broken. But how to do it? With the help of Windows 8 snap-in tool, you may create a system backup image easily. However, the disk image is different with system image. There isn’t a tool that you can backup disk directly in Windows 8/8.1. You’d better use a third party backup software to help you. Considering the security and convenient, here we recommend you AOMEI Backupper Standard.

Before you do, please prepare a new hard drive which had enough space to store the Windows 8/8.1 backup image and plug it in the computer.

First, download AOMEI Backupper Standard, install and launch it. You will see the main interface of this software. Click Backup and there are many backup types - System Backup, Disk Backup, Partition Backup, File Backup, and File Sync. Select the Disk Backup. 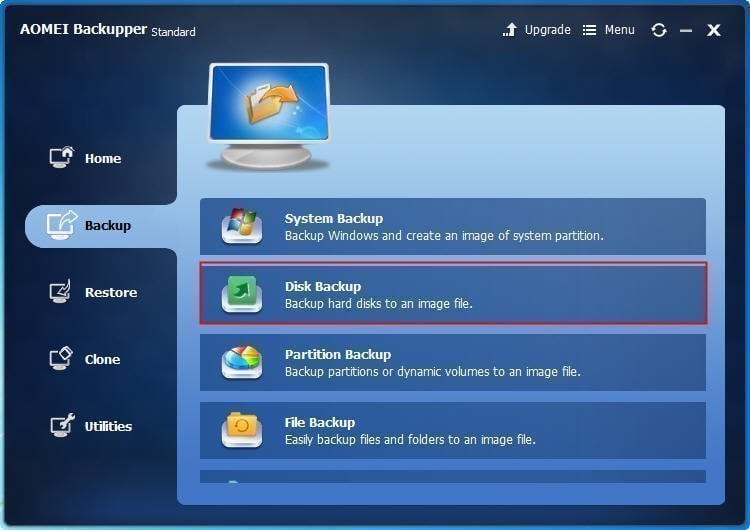 Second, after opening the interface of disk backup, you can choose the disk to backup at the step1, and select the destination (the new hard drive you prepared before) at the step2. You can click Start Backup to start the proceed. 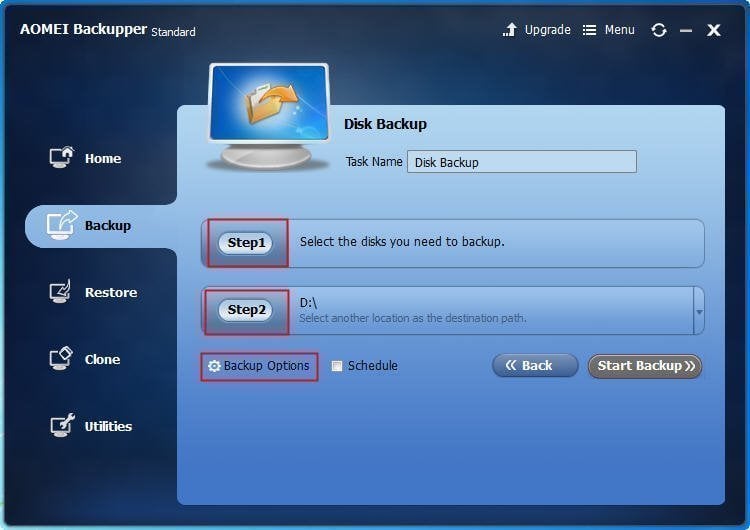 If you want to setup more for the disk backup, for example, add a comment, you can click Backup Options, and set it under the General label. 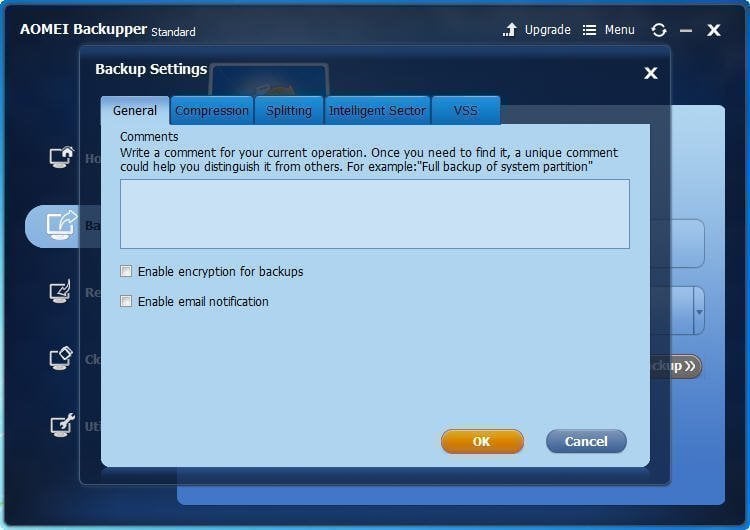 AOMEI Backupper Standard is a free software and it supports Windows 10/8.1/8/7/Vista/XP.