System crash and data loss are encountered by Windows users now and then. To recover from such disasters, you may resort to a reliable Windows backup tool to make an image for your operating system and data in advance.

What is Windows backup?

Talked about very often in information technology, Windows backup refers to the copying and archiving of computer data. You may backup data that is important for you, such as personal files, programs or even the operating system. In general, Windows backup has two distinct purposes: one is to recover data from an earlier time; the other is to restore data after its loss or corruption. 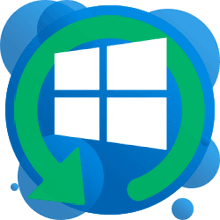 Why do we need a reliable Windows backup utility?

Firstly, data loss is a quite common experience for computer users. Once, a survey indicated that almost 66% computer users had encountered the condition of losing files on their home PC. In order not to suffer the great pain and not to destroy the weekends’ pleasure, we should regard backup as one of our most important tasks, especially backing up our system drive and critical information.

Secondly, problems like hardware/software conflict, bad ram, hard disk drive overload and virus attack occur from time to time. With a Windows backup image at hand, we can restore our computer to a normal state again, no need to spend much time reinstalling Windows operating system. That is really convenient!

Lastly, some computers don’t have a Windows backup tool which technically deals with backup & restore, and even though some have, it still can not satisfy all users’ demands. After searching on Google and many forums, we could indeed find plenty of backup software for Windows platform. However, for we home users, the money paid for it is not a small expenditure. We need a tool that can not only meet most users’ needs but also keep a low cost. So what is the best free PC backup software for Windows 10/8/7?

AOMEI Backupper Standard can be the best Windows 10/8/7 backup utility and it’s free of charge! It supports both 32 bit and 64 bit of Windows PC operating systems. There are four types of backup available in AOMEI Backupper which can meet your different needs:

What’s more, you can create an automatic backup using the “Schedule” feature. After running full backup for the first time, you can choose incremental or differential backup for the next time, thus saving backup time and storage space taken by the image file. Wanna use this powerful Windows backup software? Please move on to the next part.

How to backup Windows 10/8/7 via AOMEI Backupper step by step?

Take system backup as an example. Learn how to backup the operating system via AOMEI Backupper in detail:

Step 3. The required system partition(s) is (are) selected by default. Choose the destination path to store the backup files. You can save the system image to the local disk, external hard drive, NAS device or network location.

>> Options: you can enable email notification, choose the compression level for the backup image file and select intelligent sector backup or sector-by-sector backup.
>> Schedule: you can set the backup task to run at fixed intervals.
>> Scheme: the program will delete old backup images automatically based on your settings. It is supported in AOMEI Backupper Professional and higher editions.

✍ Tip: To run system restore from boot in case of boot failure, you may create bootable media via AOMEI Backupper in advance.