This tutorial focus on how to solve the problem of SCCM PXE boot not working. To boot client computers easily, you can turn to AOMEI Backupper Professional.

Why SCCM PXE boot not working?

Usually, when your computer fails to boot, a bootable CD or bootable USB drive might come to help. However, this traditional method is not suitable for the computer has no CD drive or USB flash drive portal and the user who has no bootable media. Besides, when you need to manage system on too many computers, it’s not a good idea to insert the bootable disc into computer one by one and boot computer.

Fortunately, SCCM PXE boot allows users to use network boot multiple computers. But many users complain that it is not working as SCCM PXE boot aborted, didn’t receive the boot image and so on. There are two chief reasons for this issue, one is IP Helpers and the other is PXE installation and configuration.

How to solve the problem of SCCM PXE boot not working?

Regardless of the cause of SCCM 2012 PXE boot not working, you definitely want to solve this problem immediately. Then these two approaches are for you.

If the DHCP server, the client computer, the ConfigMgr server that is running Windows Deployment Services (WDS) and the PXE-enabled Distribution Point (DP) are all on the same VLAN or subnet, you don't need to configure IP Helpers.

If the DHCP server, the client computer, the ConfigMgr server that is running WDS and the PXE-enabled DP are on separate VLANs or subnets, you must configure the IP Helpers on the routers.

Different routers have different configuration methods. If you want to correctly configure IP Helpers on your routers, contact the manufacturer of the router. If SCCM PXE boot does not work after using this solution, please try next method.

Step 1. Clear the Enable PXE checkbox on the DP. Select Yes when you're prompted to remove the WDS.

Step 2. Use Distmgr.log (for DPs on site server) or Smsdpprov.log (for standalone DP) to verify that PXE was uninstalled.

Step 3. Verify that WDS is uninstalled on Server Manager. Then restart the server.

Step 5. Modify the date on the self-signed certificate in the properties of PXE DP. Wait for the new certificate to be created.

Step 7. Select the check box in DP properties to add the PXE point again. Using Distrmgr.log or Smsdpprov.log to monitor and verify that that the DP was installed.

Step 8. Verify that there is a new Remoteinstall folder.

Step 9. Make sure that at least one x64 boot image and one x86 boot image is distributed to the DP. Verify that the PXE option is enabled for each boot images. (BIOS PCs or UEFI PCs in Legacy mode require an x86 boot image even if all PCs in the environment are x64.)

Step 10. Make sure that the WDS service was started.

Step 11. Verify that the following SMS folders were created after navigating to the RemoteInstall folder:

Step 13. Open the SMSBoot folder and verify that both the x86 and x64 folders are populated with files.

These methods resolve most problems that affect PXE boot. In addition, they also can fix the issue of SCCM PXE boot not responding. However, they are very complicated and time-consuming. Be particularly careful in using these methods as serious problem might occur if you make a mistake in the process.

How to be easy to solve the problem that SCCM PXE boot fails? It's highly recommended to find an alternative that works better. Luckily, AOMEI Backupper Workstation is such a utility! It offers you AOMEI PXE Boot Tool, which provides all the functions that SCCM PXE boot has. By using it, users don’t need to touch any existing DHCP server or router.

It enables you to boot client computers within LAN from the bootable micro-system created by yourself. If don’t have a bootable ISO, you can create a bootable disc with this utility. Unlike SCCM PXE boot not working, this program runs smoothly on Windows10/8.1/8/7/Vista/XP. This PXE boot tool is very easy to use. Let’s see how it works.

Step 2. Choose one of the Preboot Execute Environment. Boot from AOMEI Windows PE system is a recommended option as it helps you to create directly a Windows PE system for network boot. Then click Start Service.

Step 3. Set clients within LAN for network boot. You can enter into BIOS to set the Network boot as the first boot order or press a specific key to bring up the boot menu. 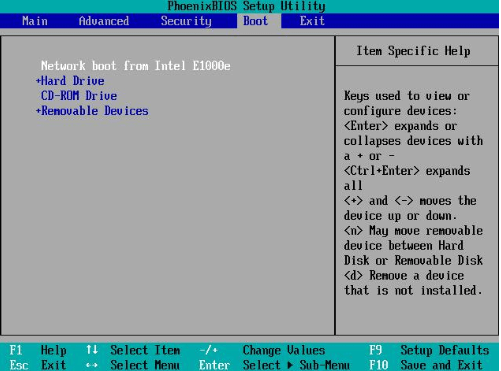 Step 4. When the connected status appears, you can do operations on the client computers.

How to fix SCCM PXE boot not working? There are two ways to do this. An even better option is to use AOMEI PXE Boot Tool, as it also allows you to make client computers boot from the network using PXE. Best of all, it's easier to operate. Don’t hesitate to reduce the daily workloads with AOMEI Backupper Workstation.

You May Also Like
Network Path Not Found or PXE Error, How to Solve it?
PXE Boot Windows 7 - Easy Guide to Boot Computers via Network
How to Deploy Windows 7/XP/10 Image over Network in the easiest way?
Easily Deploy System Image to Multiple Computers Over Network
How to Use AOMEI PXE Boot Tool