If you are not content with Windows Deployment Services and looking for a WDS alternative, here it is. Read this guide to get one free and powerful deployment tool for Windows PC and Server.

Why You Need WDS Alternative? 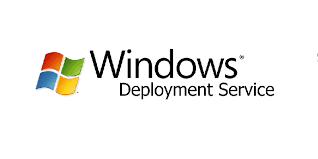 Windows Deployment Services (WDS) is included in Windows Server 2008 (R2)/2012 (R2)/2016 as a Server Role that allows you to deploy all the Windows operating systems since Windows Vista to multiple computers over the network simultaneously. You can first use the Windows Deployment Services Image Capture Wizard to take an image of a system with installed applications and then deploy to many computers.

It also works with virtual machines. You can use a virtual machine as a client machine to test the prepared system image that you want to deploy. Though deploying OS with WDS is not a complex task, even IT pros may take a little time to test and configure before actual deployment starts. If you need something more efficient, you need WDS alternative.

WDS is very useful for image deployment, but it may not meet every company’s needs. Here comes the AOMEI Image Deploy (AID), one free WDS alternative.

How about give it a try? Follow the steps below to see how to perform system deployment.

Step by Step Guide: How to Use this Windows Deployment Services Alternative?

For the custom image, you can use the alternative to Windows Deployment Services AOMEI Backupper Standard to create a system backup or disk backup. Then you can follow the steps below to deploy OS:

✍ Note: Some people report that they may encounter SID conflicts when trying to deploy system images to other client computers, causing the deployment process to fail. To do this, you can try to deploy the image without the SID. 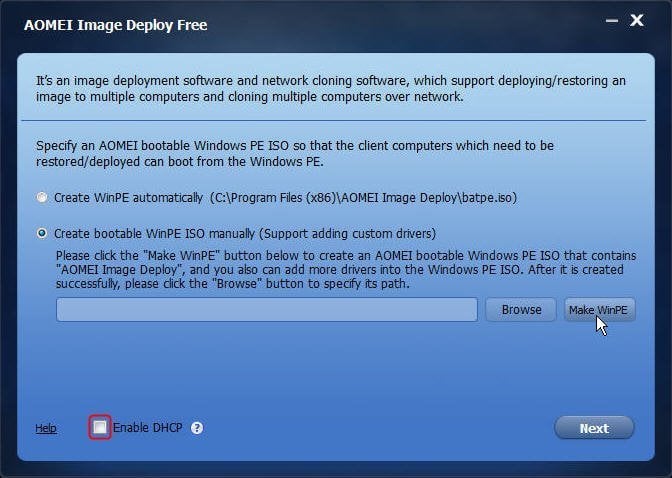 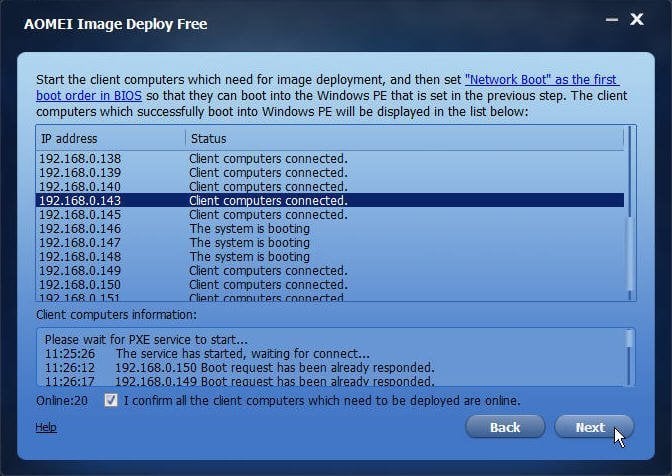 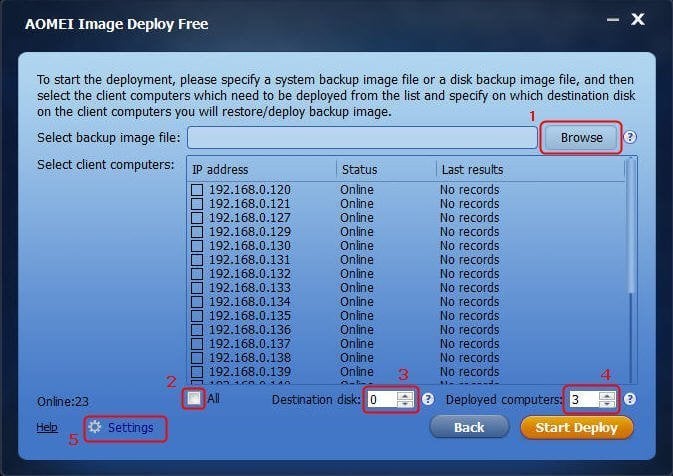 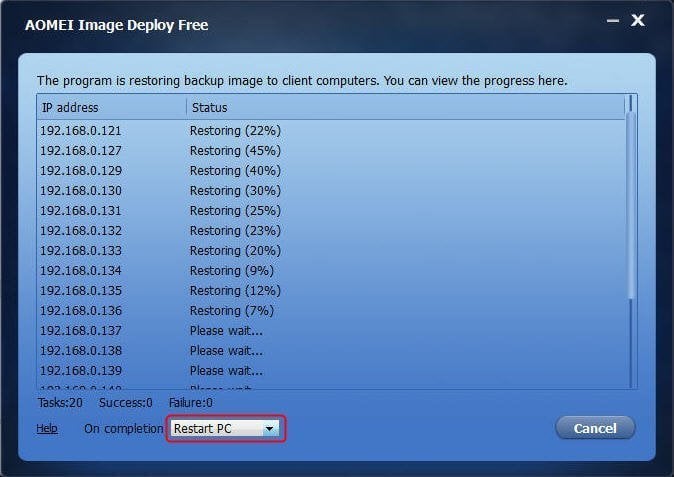 As you can see, within only a few clicks, you can complete the deploy process to batch client computers within the same LAN. Compared to WDS, AOMEI Image Deploy is quite easy to use and efficient. If you are looking for a WDS alternative, then AID is the one.