Open the Run dialog box with the shortcut Win + R, and type in "diskmgmt.msc" and press Enter to open Disk Management in Windows 10/8/7. Then right-click on the system disk. 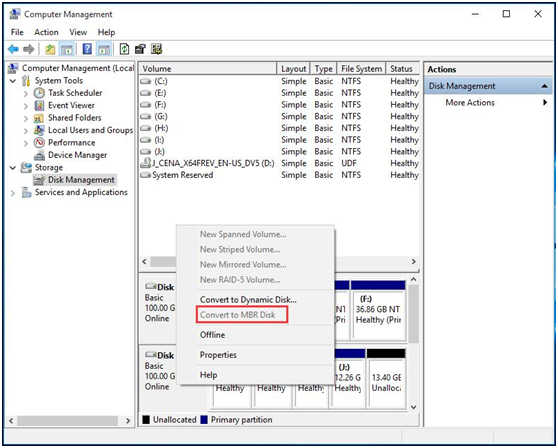 If we can find "Convert to MBR Disk" option available in the menu list, then the system has been installed on the GPT disk already, which also means this computer supports UEFI Boot. However, if the computer does not support UEFI Boot, we will see "Convert to GPT disk" in the drop-down menu instead. Also, many disk partition tools mark GPT or MBR disk directly.

Nowadays UEFI Boot is supported by both Windows 11/10/8/8.1 and 64 bit of Windows 7. It also has been widely adopted by laptop manufacturers and Server platforms. On the other hand, most of the backup tools now on the market are still not 100% compatible with UEFI Boot while AOMEI Backupper has already realized the perfect support for it.

How to Backup System Drive Based on UEFI Boot

Creating a system image backup based on UEFI boot is exactly the same as making a backup for system drive base on BIOS Boot, because AOMEI Backupper has full support for UEFI boot system. Please download AOMEI Backupper Standard in the first of place.

How to Run UEFI Recovery on GPT System Disk

You can try the following steps to restore a system image when the need ever arises in the future.

If your system support creating a Windows Preinstall Environment (WinPE) environment, you can directly use AOMEI Backupper to restore system drive, and AOMEI Backupper will prompt you to restart the computer and enter into Restart Mode to complete the restore operation.

Step 2. At "Bootable Disc Type", select the "Windows PE" option. The created bootable media will support booting from both legacy/MBR and UEFI/GPT.

Step 3. At "Select Bootable Media", choose "USB Boot Device". Or, you can choose other types. Click "Next" to start the process. Wait for the process to complete, and then shut down your computer. 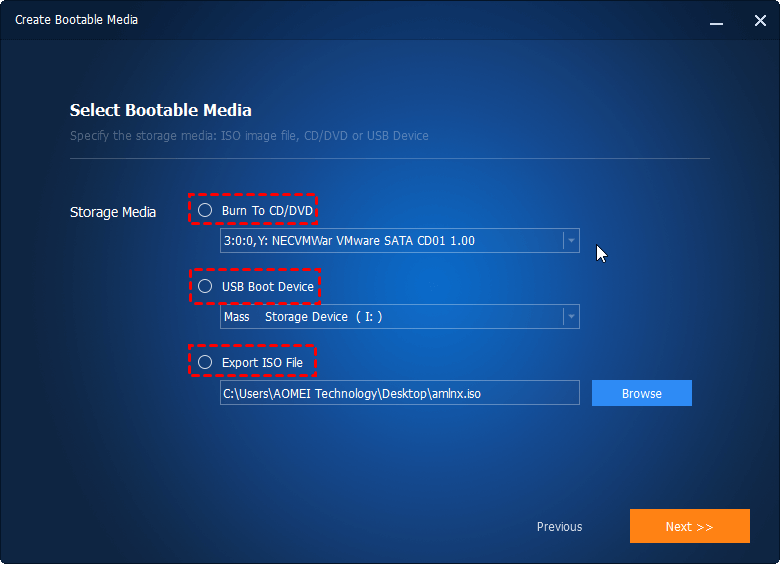 Step 1. Restart your PC and keep tapping Del (or F12 or F2) to enter BIOS. Then change boot priority to the bootable USB drive.

Step 2. You'll see a loaded AOMEI Backupper at the desktop. Click "Restore" button on the left side and select the system backup image by clicking on "Select Image File". Then follow the instructions to complete the system restore process.

Note: Please make sure your system image can be accessed from the Windows PE environment.

Alternate Way: For computers that does not support creating Windows PE environment, you can also download tools from Microsoft Official Website. Download Windows AIK for Windows 7 and Windows ADK for Windows 10.

UEFI or EFI boot mode is more and more popular among computers. It is very important for us to know how to perform UEFI restore. More importantly, foster a habit of regular data backup as well as system backup with reliable backup software, because backup is the precondition of performing file/system recovery.