Move Windows 10 and its License to New Computer Easily

You will learn an easy way to move Windows 10 to new computer with AOMEI Backupper, no activation issue and hardware problem.

Nowadays, due to various reasons, many users want to move Windows 10 to a new computer. Maybe the computer is too old, it runs too slow and the program takes too long to load. or your computer crashes but you don't have a system image for it. or the new computer is bare computer. Here is an example from TenForums.com.

"Hello everyone, I have a question: I am building a new PC and I want to sell my old one. But I want to keep the HDD of my old PC with Windows 10 installed. I was wandering if I can move Windows 10 to new computer with dissimilar hardware, will it automatically run Windows or do I need to purchase a new product key? Thanks in advancd." 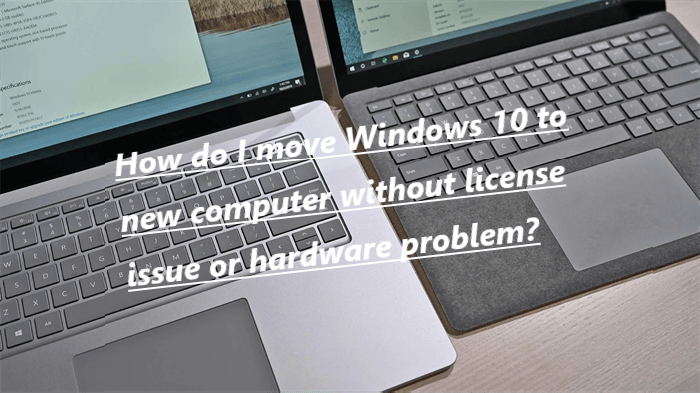 Don't worry about it too much, and this article will help you safely transfer Windows 10 to another computer in simple steps. Before that, we need to talk about two major problems many users will encounter during the process, for example, the activiation issue of new computer and the hardware issue between two computers.

Get clear ideas about license issue and hardware problem

Can I transfer Windows 10 license to new computer?

Windows 10 licenses are tied to the important hardware of your computer, motherboard, for instance, and some of them can be transferred, but not all. Now, let's start to learn.

One thing worth mentioning, you can upgrade your hard drive on the same computer with an OEM or volume license. Repalcing HDD with a larger one or SSD to get more capacity or better performance is absolutely fine under the Windows 10 licensing rules.

Can I move Windows 10 to another computer with dissimilar hardware?

If your new system has identical hardware to the old one, then the process to move Windows 10 to another computer is extremely simple. You can simply install the old hard drive to new computer, and boor from it.

But the problem is that it's difficult to get a new computer with the same hardware or at least similar hardware. Therefore, in most cases, you will encounter hardware incompatibility issues, lacking of system driver is the most likely cause of boot failure.

Well then, how to solve this issue and move old hard drive to new computer? You could try AOMEI Backupper. It provides two useful methods to users, namely, disk clone or disk backup and restore. Please keep reading below to learn details.

Here you will use the “Universal Restore” (also called “dissimilar hardware restore”) in AOMEI Backupper Professional to restore Windows image to new computer with different hardware.

It can greatly overcome the hardware incompatibility issues and ensure secure boot. And this method works well in all the Windows operating system, including Windows 11/10/8.1/8/7/XP/Vista.

Make preparations before you restore image to new computer:
• Download AOMEI Backupper Professional and install it on your old computer. Then, use it to create a disk backup or system image in Windows 10.
•  Create a bootable media to boot computer when it refuses to boot. The same is true for a bare computer.
•  Prepare a target drive to store the backup image you want to restore.
• Prepare a USB-to-SATA cable to connect the target drive. But if the new computer uses an M.2 slot, you need to prepare a M.2 connector, USB-to-M.2 SATA or USB-to-M.2 NVMe, for example.

Then, follow detailed steps to transfer Windows 10 hard drive to new computer. Please check the video tutorial first to quickly understand the entire process and then get details from graphic tutorial.

Step 1. Boot computer from bootable media if it does not boot normally. Insert the bootable media, restart your computer, press a special key to enter the BIOS mode to select where to boot from, and you will get into the interface of AOMEI Backupper.

Step 3. Choose “Restore the entire disk”, and then click Next.

Step 4. Select the hard drive on new computer to store the disk image, and then click Next.

Step 5. In the operation summary window, tick “Universal Restore” to ensure secure boot if your new computer has different hardware. Then click “Start Restore” to restore Windows 10 to new computer. Wait until the process is completed 100%. 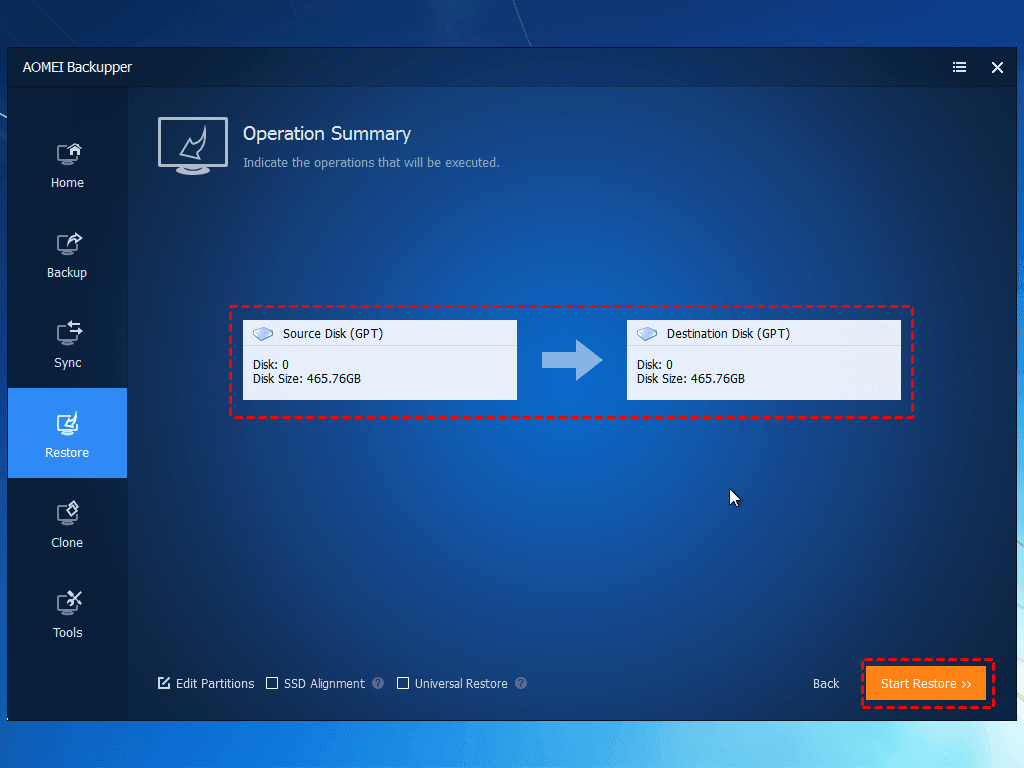 Note:
▪ If you only has two computers, the process is easy to operate. But if you have multiple computers, the process will be a little tedious and time-consuming. At this time, you could consider using "AOMEI Image Deploy(supported by AOMEI Backupper Tech)" to restore image to multiple computers simultaneously.
▪ This software is still disk cloning software, so you can use it to clone Windows 10 to new computer if both computers have the same hardware or similar at least.

To check it out, open the old computer, press “Win + I” and go to “System” > “About” > “Windows Specifications” > “Change the product key or upgrade your edition of Windows”, then it will tell you if the Windows is activated, just like the message “Windows is activated with a digital license linked to your Microsoft account”. 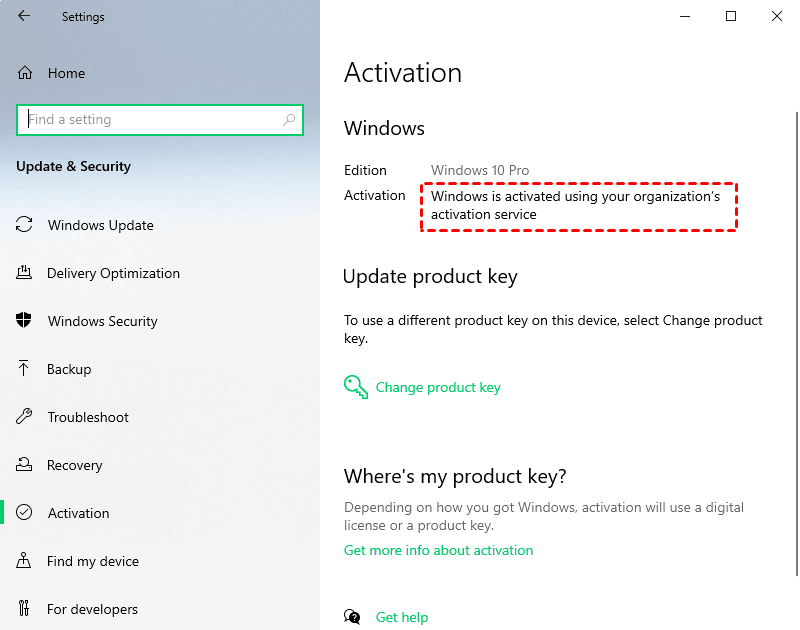 To reactivate Windows 10 on new computer, you just need to log in with the same Microsoft account and validate the license. If the original computer use OEM license, you may encounter “Windows is not activated” error. To get rid of it, you can go to “Updates & Security” by pressing the Windows key + I and then choose “Activation” > “Troubleshoot” > “I changed hardware on this device recently”. After that, log in the same account again.

Witten in the end

With the help of AOMEI Backupper, you can easily move Windows 10 to new computer, even the computer has different hardware. You just need to confirm the license is transferable.

Although Windows 10 has greatly improved the compatibility, your computer may still fail to boot. Therefore, it's suggested to use "Universal Restore" feature in AOMEI Backupper Professional, which is designed to overcome the hardware incompatible issues.