If you are looking for the best Plextor SSD cloning software to migrate OS or entire disk, try AOMEI Backupper Professional. It will include everything and ensure secure boot after cloning.

Plextor SSD drive is a well-known hard drive for computers, which provides a better capability than HDD drives. Plextor SSD drive owns these features: carries easily, no noise when working, and has a faster speed of reading and writing.

In fact, both HDDs and SSDs are used to store data, such as the operating system, installed programs, files, etc. You can easily transfer files from one hard drive to another with the traditional copy-and-paste method, even a new computer. But if you want to move installed programs or OS, it will not work. In this case, you need to use Plextor cloning software.

And usually, there are some common situations you will use it: 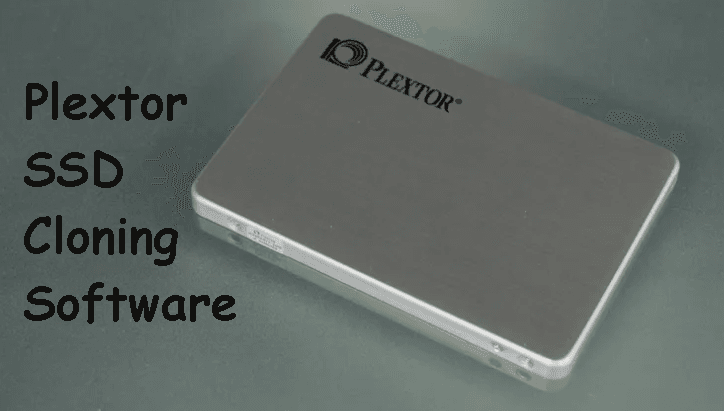 It’s wise to clone OS to Plextor SSD with the best Plextor SSD cloning software - AOMEI Backupper Professional, which helps you speed up the computer if your computer has a low response and long boot time.

Compared with reinstalling Windows, the process costs less time, and it will keep the operating system, installed programs, personal settings and data. So you don't need to waste time installing them again.

In this Plextor cloning software, you can also enjoy the following advantages:

Choose to clone OS or the entire disk. It offers you System Clone to migrate operating system and Disk Clone to migrate everything from one hard drive to another.
By default, it will only clone used sectors on a system partition or disk. So you can easily clone OS to smaller SSD and clone large HDD to smaller SSD without boot issues.
If you use it to clone drive to larger drive, it also works well and helps edit partitions on the destination disk. So you can make full use of disk space.
For Plextor SSD, you can check its SSD Alignment features to improve disk performance.

Please download the Plextor migration software - AOMEI Backupper Professional to have a try. (The Clone features in the free trial can only be demonstrated, please upgrade to enjoy)

How to Clone OS to Plextor SSD without Reinstalling

Please backup files first if your Plextor SSD drive has any important data. Because the data on Plextor SSD will be wiped out finally. And then follow the steps below to migrate OS to Plextor SSD in Windows 11/10/8/7.

Step 2. The AOMEI Backupper program will select the partitions associated with system files automatically, and skip this step for you.  Select the Plextor SSD as the destination to save Windows operating system, and hit Next.

Tips:
✪ If the Plextor SSD is larger, you will see another cloning feature - Make full use of space. And it is checked by default to extend unallocated space to system partition automatically.
✪ Please don't tick the Sector by sector clone feature unless your Plextor SSD is an encrypted disk or your source disk has bad sectors.  So in most cases, you just need to leave it alone.

After the process is finished, please change the boot order in BIOS to boot from the Plextor SSD, or replace HDD with Plextor SSD and boot from it directly, then that’s all.

Besides, this software also helps you perform M.2 SSD clone or NVMe SSD clone to boost the computer's performance. or just to deal with low disk error.

It’s just a piece of cake for the Plextor SSD cloning software - AOMEI Backupper to move OS to SSD without reinstalling, or clone HDD to Plextor SSD with everything transferred. And you could choose to clone data partitions and move your important data.

For Windows Server users, please try AOMEI Backupper Server. You can enjoy all the cloning features in the Professional version and other features like Real-Time Sync, Mirror Sync, etc to transfer files. If you want to create an exact copy of files with a compression image, try the Backup feature in this software.

You May Also Like
How to Clone Windows 10 to NVMe SSD? (Step by Step Guide)
Best Way to Migrate Windows 10 to SSD Samsung
Free Download Best Alternative to NTI Echo Data Migration Software