This article will show you the best free Mushkin SSD clone software and a step by step guide to clone HDD to SSD with different size. Slide down to learn more.

How do I clone HDD to Mushkin SSD?

"I am trying to clone a 500GB HDD onto a 250GB Mushkin SSD, and my current HDD only use 200GB. Only tried with one software, but partition sizes are different after cloning. So, just wandering, is there away around this? What is the best free Mushkin SSD migration software to clone HDD to SSD? Thanks!" 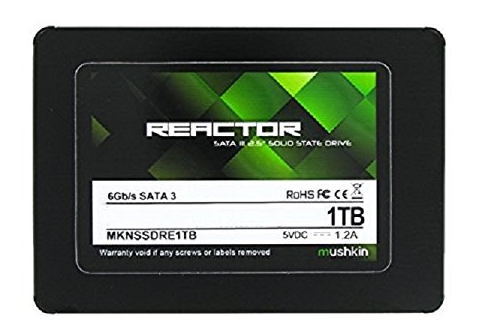 Something about the Mushkin SSD

Overall, Mushkin SSD is worth buying because of its high performance and lower price. It's a great choice for users who don't have a heavy write load. Then, let’s have a closer look at Mushkin SSD.

Thanks to SLC caching, Mushkin reduces the cost of SSDs and then provides users with value-minded storage. It supports solid-state drives (SSDs) varies from 120GB to 1TB at relative lower price, for example, the 500 GB Mushkin Source only costs $64.99 and 1TB Mushkin Source charges for $125.99. Besides Source, it still includes ECO 2, ECO 3, Pilot, and Reactor series.

Meanwhile, the SSDs produced by it are with high performance, such as, faster writing speed, smoothly transfer speed of large files, ISO files, game folders, etc. That’s because this kind of SSD has a strong production background, and the company is regarded as a manufacturer of computer memory modules for other gamers and professional companies in the industry. In the form factor aspect, like Samsung SSDs, it has M.2 SSDs, 2.5” SSDs and PCI-E SSDs. Usually, the warranty is 3 years.

However, it still has some disadvantages you need to take seriously, for example, lower terabytes-written endurance, warranty and 4K reads, no native Mushkin SSD software.

It's disappointed that both Windows and Mushkin does not provide one disk clone software. But you can ask third-party cloning software for help. AOMEI Backupper Standard, free yet professional disk cloning software for Windows 10, 8.1/8, 7, XP, Vista, is recommended for Mushkin SSD clone. It’s very easy to use and has a user-friendly interface, so even novice can understand it easily and quickly.

With it, you can clone disk to larger disk and clone larger drive to smaller drive with ease. Please note the latter requires that the target disk can contain the used space of the source disk.

Meanwhile, you can create bootable media like USB drive to clone hard drive without booting Windows, or prevent boot failure just in case.

In addition, it has some useful feature that make the cloning process convenient. For example, its “Sector by sector clone” feature keeps the partition layout intact. Also, its "SSD Alignment" feature use 4K alignment technology to improve the reading and writing speed of SSDs, which makes up for Mushikin SSD's lower 4K reads. And, it prolongs Mushkin SSD’s lifespan.

Just follow the steps below to perform Mushkin SSD clone and do as it says. In the first place, you need to make some preparations.

Then, without further ado, let’s start to clone HDD to Mushkin SSD with the best free disk cloning software. 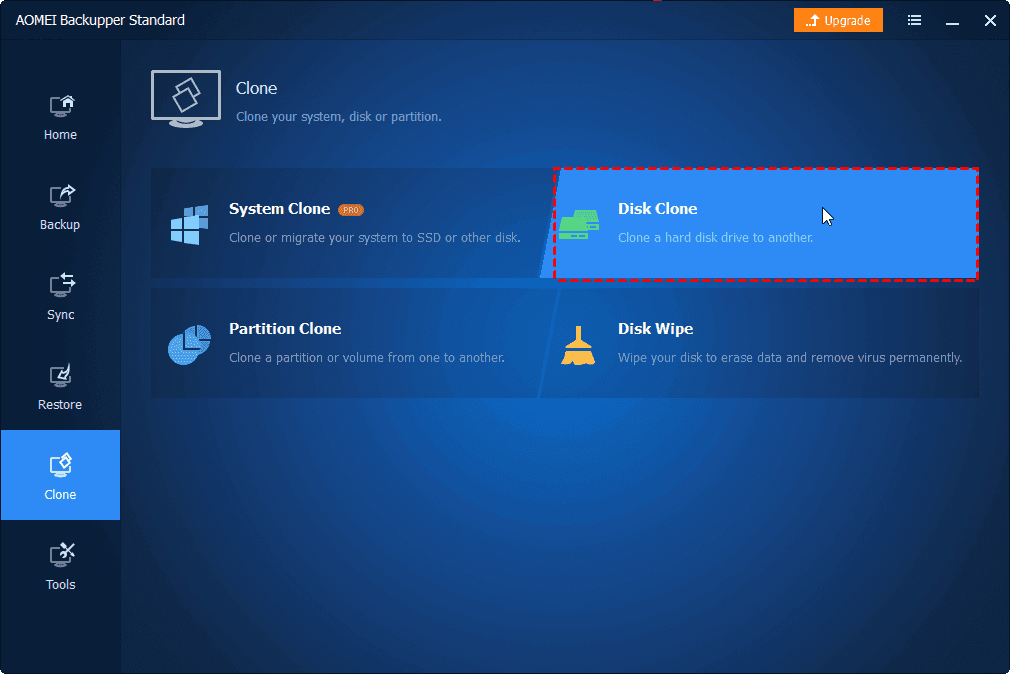 Step 2. Select the source hard drive you’d like to clone from.

Step 3. Select the destination disk, i.e. Mushkin SSD, which you’d like to clone to.

Step 4. Check SSD Alignment to make up for Mushkin SSD’s lower 4k reads. Then, click Start Clone to execute the task, and wait for the process to complete.

Tips ✎...
• By default, the software will clone only used space on the source disk. You can change it by checking Sector-by-sector clone option. Note that this method requires the destination disk is equal or larger than the source.
• If you’re doing Mushkin SSD migration on laptop, it is suggested to try backup-and-restore method with this software, because laptop cloning has more uncertain issues than desktop.
• If you find Mushkin SSD won’t boot even though you have followed this guide strictly, please refer to cloned drive won’t boot for more information.
• Please don't update Mushkin SSD firmware unless necessary, because any interruption of this update may result in data loss and your SSD may not founction as normal.

Step 5. Shut down your computer and swap the hard drive with Mushkin SSD, then change boot order in BIOS to boot from cloned drive.

Sometimes, you may be asked to upgrade to the AOMEI Backupper Professional version if the software on your computer is free version. Because some features are charged and here they are.
• Clone MBR system disk to GPT without converting partition style, and vice versa: MBR and GPT are both partition style, and you can see it in disk management. At the same time, you need to make sure that the target disk is blank.
• Edit Partitions: By default, disk clone feature will make an exact copy of original disk, so you will see an unallocated space at the end of target disk through disk management. This feature help you retain the full capacity after cloning.
• System Clone: This feature is recommended when your SSD does not have enough space. To make fully use of the advantages of SSDs and HDDs, you could consider using SSD as OS and HDD as storage if there are extra drive bay.

Best free Mushkin SSD clone software is fully introduced above, from Mushkin SSD itself to Mushkin SSD software and step by step guide. With its lucid interface, even a computer novice can complete the disk cloning task as an expert. In addition, if the target SSD cannot hold everything on the source disk, you still use “System Clone” feature in the professional version.

For advanced users who prefer using command line, you can clone hard drive from command prompt with the professional version of AOMEI Backupper. It is quite useful in executing unattended tasks. What's more, you can enjoy more advanced features, such as, clone disk with different partition style, clone hard drive with full capacity, etc.

It's suggested to keep AOMEI Backupper installed after cloning since it offers various backup strategies to help you protect operating system and data in all-around. And then you restore them at any time.