How to Set up Automatic System Backup for Windows Server?

Automatic backup system for Server 2003/2008/2012 (R2) will solve a big problem of system failure. when the system crashed, you can restore from the system backup image.

Why Backup System for Server?

Most of the PC users will backup system after installing operating system and applications to keep data safe or in case of the system damaged so that they can restore system without taking a long time. The development of internet is in a fast speed and many companies have their own servers. Different with PC, Windows Server OS platform such as Windows Sever 2003, 2008 (R2), 2011, 2012 (R2), which always use in small and medium sized business. In order to keep the data safe or in case of the unexpected damage, automatic backup system for server is also necessary, even more. Once the server system has some accident damage or the data has been broken, it will restore system immediately. Thus, it may make a big benefit for the company.

Windows Server built-in backup tool can backup data directly. But it has many problems. Once a user told me that he wanted to set up automatic backup system for his server, and he did it through the Windows Server built-in "Task Scheduler". But he met many troubles. His OS platform is Windows 2003 Server, and he entered the system as Administrator, and used the "Task Scheduler" under system tool to create a new task system backup, for the server system can backup all the system files in the mid-night automatically. To ensure it runs normally, he checked it in a few days and found it was OK. Later, considered the safety, he changed his password and the task cannot execution. That is to say, if the password changed, the Task Scheduler set up must be changed too. Besides, if there is something wrong with the backup settings, the server cannot execution the backup task.

To make the automatic backup system for server go easier, you can find a professional backup tool to help you. Compared with many tools, I recommend you a server backup software - AOMEI Backupper Server, which is designed for small and medium sized business, and support all Windows OS platform. It is not only data protection & disaster recovery solution, but also disk partition cloning software. With the simple interface, it could be the easiest backup and disaster recovery solution for servers. What’s more, it is cost-effective because it provides lifetime free upgrades. 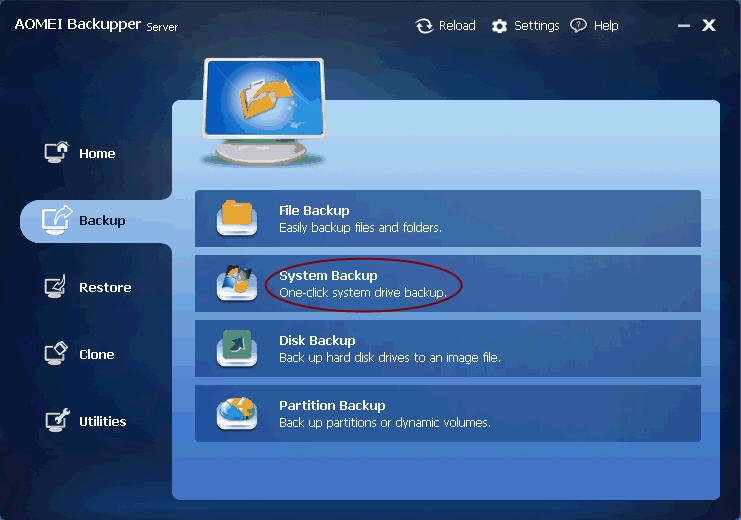 Step2. The program will automatically select system drive for you. After choose the destination path in step2 on the interface, click "Schedule Off" to set up the automatic backup. 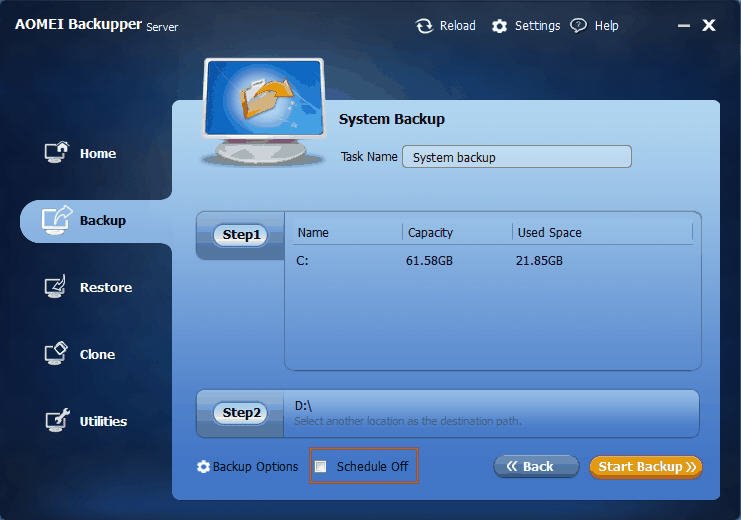 Step3. At the next step, it will open the schedule backup settings where you can set the Daily or Weekly or Monthly or Event Trigger backup. Click the drop-down list button to open the advanced settings. 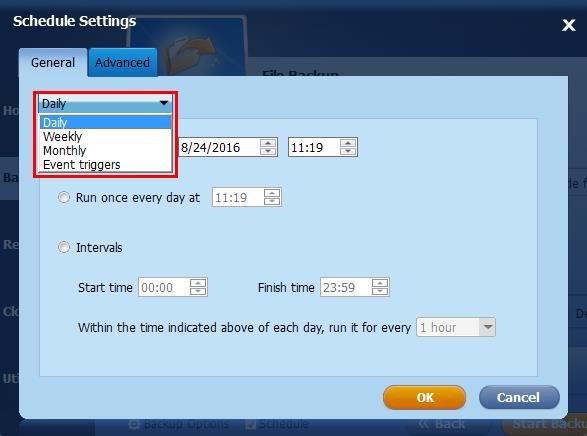 Step4. Here, you can choose a way to perform the scheduled backup. No matter the full backup or the incremental/differential backup, just click the button before it and click "OK". 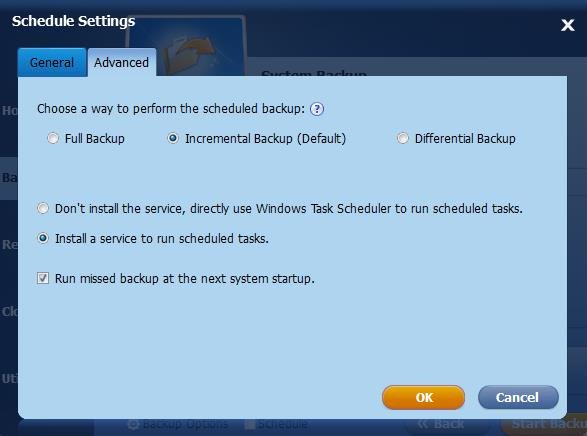 Step5. Then, you have already set up automatic backup system for server and you will come back to the interface. Click "Start Backup" and it will execute the backup. After the process reaches 100%, click "Finish". 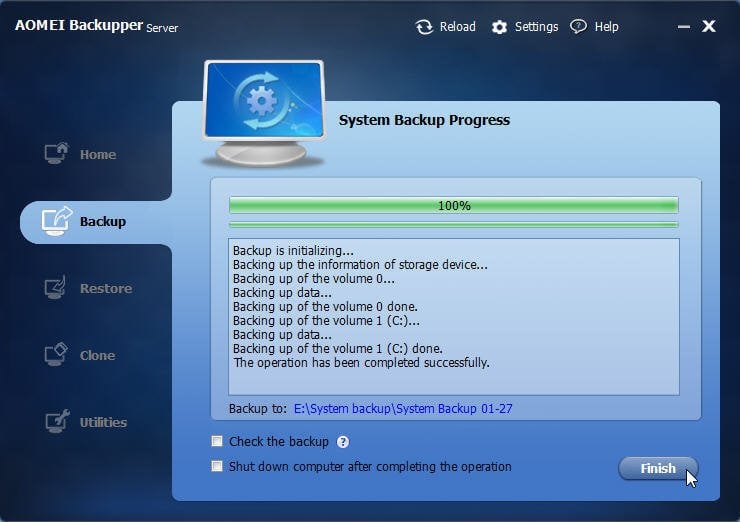