This article will show you an easy way to copy disk to SSD in Windows 10, 8, and 7, which can help you avoid OS reinstallation and data loss caused by replacing the disk with the SSD.

Why copy disk to SSD in Windows 10?

Actually, copying disk to SSD in Windows 10/8/7 does not mean just copying and pasting, or dragging and dropping like you do when copying personal files/folders. The most common and easy way to copy HDD/SSD to SSD is to clone. Generally, people may want to clone disk to SSD for the following reasons:

For better performance: As we all know, SSDs can make your computer run much faster, accelerate the read and write speed during data transfer. So, many users may clone bootable HDD to SSD in Windows 10/8/7.

For larger capacity: Normally, the PC/laptops come with a low-quality and low-capacity disk, typically around 500GBs. So, user may receive the low disk space warning after just a few months and PC/laptop will run slower and slower. Therefore, user will then consider upgrading their disk to a large capacity SSD.

For old disk upgrading: If your old disk has been used for years, the disk itself will be more prone to damage. Replacing the old disk with a new SSD can avoid the disk failure and subsequent data loss.

For a backup: Cloning hard disk (especially the disk with the system installed) to SSD drive, actually, is also a process of transferring OS and all data from one disk to another, so it is also a great way to back up your computer.

Best software to clone disk to SSD in Windows 10

There is no built-in tool in Windows 10/8/7 that can help you clone disk to SSD directly, so, you need third-party clone software like AOMEI Backupper Standard. It is free and reliable clone software for Windows 10/8/7, XP and Vista. With its Disk Clone function, you can clone hard drive to SSD and avoid OS reinstallation and data loss with only a few clicks. And it has the following advantages:

Detailed steps to clone disk to SSD via AOMEI Backupper

You can follow the detailed steps below to copy hard drive to SSD in Windows 10/8/7.

1. Connect the SSD to your computer and make sure it is detected successfully. 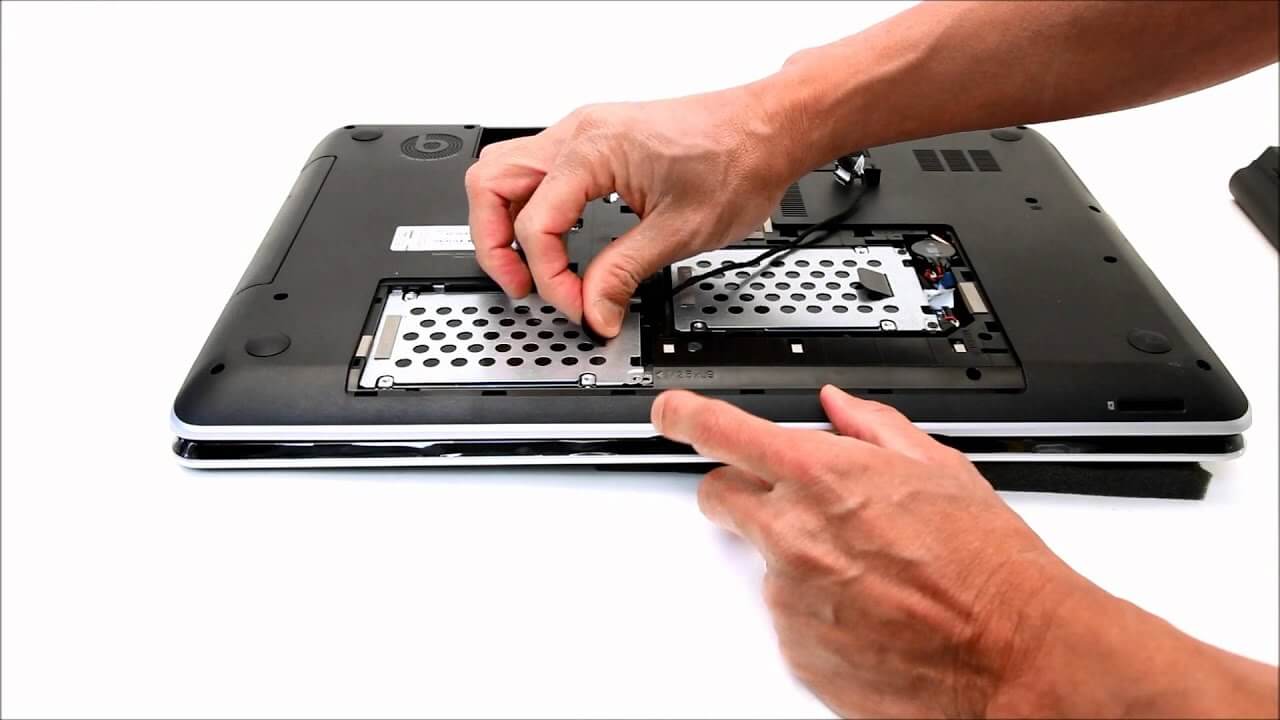 2. Remove unnecessary files or programs on the old disk if your target SSD is not much larger than the hard disk.

3. Back up files to external hard drive in advance because all data on the target SSD will be deleted after cloning.

2. Select the disk you want to clone as the source disk and then click “Next”.

3. Select your SSD as the destination disk, and then click "Next".

✎Note: You can tick ‘Edit Partitions’ function to resize the partitions on the target hard drive to take advantage of the increased capacity when you clone a smaller drive to a larger one. (This feature is only available in AOMEI Backupper Professional edition). 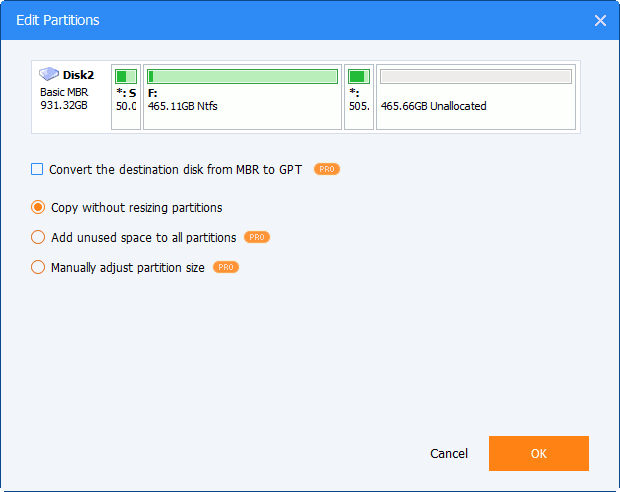 How to boot from the cloned SSD?

After copying disk to SSD, you can follow the steps below to make your computer boot from the cloned SSD successfully.

2. During the initial screen, constantly press setup key (such as F2, DEL…) to access the BIOS environment during the restarting process.

3. Once you get inside the Setup screen, look for the Boot tab and set the cloned SSD as the boot drive in BIOS.

4. Hit F10 to save the changes and exit the Setup screen. Now you should boot the computer from the SSD drive.

To copy disk to SSD in Windows 10/8/7, AOMEI Backupper is a good helper. It can help you clone disk to SSD easily and directly without reinstalling OS and losing data. And after cloning, you can boot from the cloned SSD successfully.

Besides disk clone, it also supports system clone and partition clone only, so you can clone system or a partition like Recovery Partition only to SSD, USB drive, etc. In addition, if you want to clone Server hard drive to SSD or HDD, you can use AOMEI Backupper Server.