Want to restore Windows backup to a different computer with dissimilar hardware? The easiest way is using a powerful backup and restore software.

In terms of backing up and restoring data (especially operating system), it's usually done on the same machine. But sometimes you way want to restore system image of Windows 11, 10, 8, 7 to a different computer:

But can you do that successfully, and how? 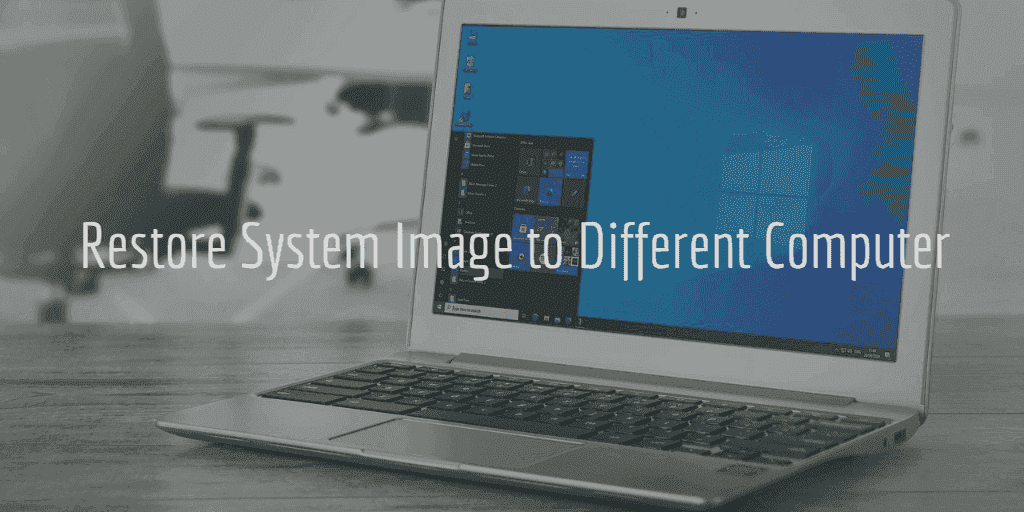 Can I restore a system image to a different computer?

Many users may wonder whether Windows built-in tool can restore system image to dissimilar hardware. In fact, installing Windows on a computer will use drivers specific to that computer's motherboard and chipset. Therefore, when you use Windows Backup and Restore to create system image and restore to different computer, you may receive errors such as Stop 0x0000007B after booting the new computer. Inaccessible_Boot_Device.

So how can you recover a system image to a different computer successfully without reinstalling system and apps? Is there any simpler way than clean installation?

In view of this situation, a powerful backup software, AOMEI Backupper Professional, may save you much trouble. With its Universal Restore feature, it can help you restore a system image of a working computer to a different computer which owns different processor, different motherboard or CPU, different storage device or dissimilar configuration compared.

How to restore Windows 10/8/7 image to a different computer?

Before restoring Windows 10/8/7 system image backup to dissimilar hardware, you will need to do some preparation first, which I will explain in two scenarios below:

If your target computer has system installed and is bootable:

>> Install the Professional edition on the target computer to support the Universal Restore feature.

>> Use the free Standard edition on the source computer to create a system backup, save it to a network location or removable device.

If your target computer cannot boot up normally:

>> Install the Professional edition on the source comptuer.

>> Create a system image backup and a bootable media (in Tools tab).

>> Use the media to boot the target computer into WinPE, and perform Universal Restore in the pop-up interface.

Next I will detail the steps to create and restore a system image.

Step 1. Launch AOMEI Backupper in the source comptuer, click Backup and then choose System Backup. If you want to transfer everything on the disk, you can also choose Disk Backup.

Step 2. The system and boot drives have been selected as source partitions automatically. Choose a destination path (external hard drive, CD/DVD, USB flash drive, or NAS/network) to save the image backup.

Step 3. Click Start Backup to execute the operation, and wait until it is finished.

Steps to restore system image to another computer

Step 2. Select the backup image you want to restore and click Next.

Step 3. Select to restore the entire backup image or a partition, and click Next.

Step 4. On the summary page, confirm the operation and make sure the Universal Restore option is checked, then click Start Restore to begin restoration.

As you can see, AOMEI Backupper Professional can help you restore system image to a different computer in Windows 11, 10, 8, 7 without effort. It helps you save both the time and effort.

In addition to backup and restore, AOMEI Backupper is also a disk cloning software. When you want to replace the hard drive, such as upgrading HDD to SSD, you can use the disk clone feature to migrate everything directly without restoration.