Best Free Way to Sync Files between Desktop and Laptop

Here are 5 common used ways to sync Windows 10 files between desktop and laptop. Pick out the best free way and start your file sync immediately to protect data.

How do I sync two Windows 10 computers?

"I want to fully sync two windows 10 computers.  I use a laptop at work and a desktop at home (both seem to run windows 10 fine). I want a way to do this, I keep finding articles about syncing documents or using SkyDrive, but I want it all.  Applications, games, documents etc.  Anyone else want this too?", one user asked.

For users who have two or more Windows 10 computers, syncing files between desktop and laptop in Windows 10 seems to be a common demand in daily usage. You may always want to keep files up-to-date or retain an exact copy of files to prevent data loss. Whatever the reason, you definitely need an easy and quick way to make it. Keep reading below and get the best free way.

What is the best free way to sync files between two computers?

If you have done a in-depth research online, you probably know there are several ways to sync files between laptop and desktop in Windows 10, that is, using folder sharing, external drive, cloud storage, SyncToy, or third-party program. Now, let's have a closer look at them and pick out the best way.

Automatic sync files between desktop and laptop with AOMEI Backupper

AOMEI Backupper Standard is one of the best free file sync software for Windows 7/8/8.1/10/XP/Vista, which can help you sync files between desktop and laptop easily and quickly. Thanks to its user-friendly interface, all users even novices can use it effortlessly.

Its daily/weekly/monthly schedule sync settings make the process automatic and the schedule task will sync changes inlcuding newly added and modified files. Also, you can make a comment for the task to distinguish, set up email notication to get final result timely etc. In addition, you still can sync files between Windows Servers, sync folders between drives, sync files between computer and flash drive, etc.

Then, without further ado, let's get started. Before that, you need to do some preparations in the following.

Notes ✎...
◉ Don't modify the source folder name, otherwise this tool will not sync changes anymore.
◉ The schedule sync task will not transfer the deleted files. However, you could use "Real-time sync (supported by AOMEI Backupper Professional)" to sync all changes, including added, edited and deleted files.
◉ This tool does not sync files over 4GB to target drive with FAT/FAT32 file system.
◉ To sync files with OneDrive, click the inverted triangle next to the folder shapped button> "Select a cloud drive" > "OneDrive" as instead.

Sync files between laptop and desktop in Windows 10 with OneDrive

To sync files with OneDrive, you have two available ways. First, copy and paste files with the desktop folder. It's simple and easy-to-operate, but requires human intervention. In addition, it's time-consuming. Second, use AOMEI Backupper Standard to sync files. The file sync steps are very similar and you just need to replace the destination path above with OneDrive. Here, I only introduce the first way.

By default, the desktop folder is located at C:\Users\Username\OneDrive. You can go to that location and open the folder, then copy and paste files it.  Later, your files will be syned to onedrive.com and other devices logged in the same account. 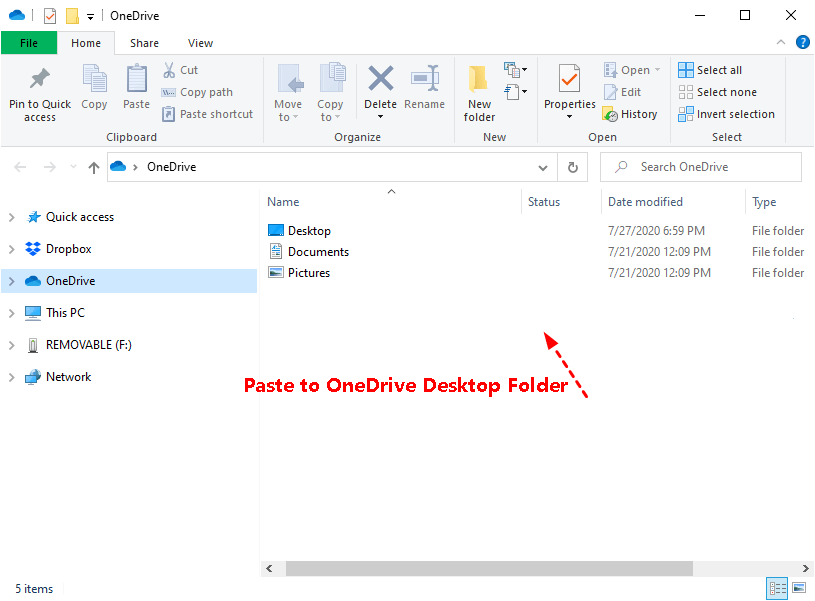 But if this is the first time you use OneDrive, you will be asked to registry an account, log in with account and set your preference, then click Open my OneDrive folder and do as above. During the setup process, you can change default location of OneDrive folder. 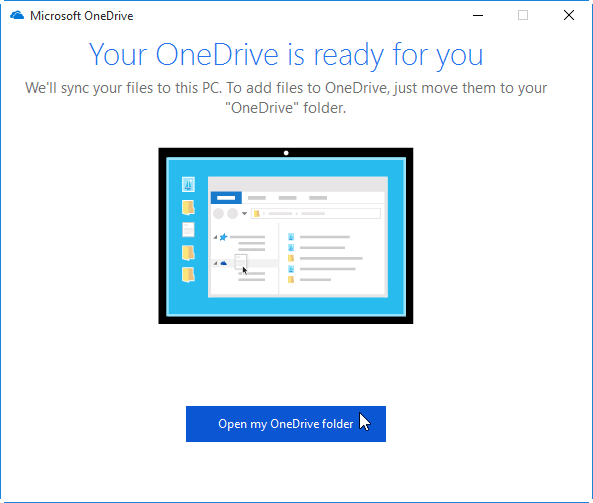 Note: If you are currently using Windows 7/8/8.1, you need to download OneDrive desktop app first.

Sync your settings between desktop and laptop 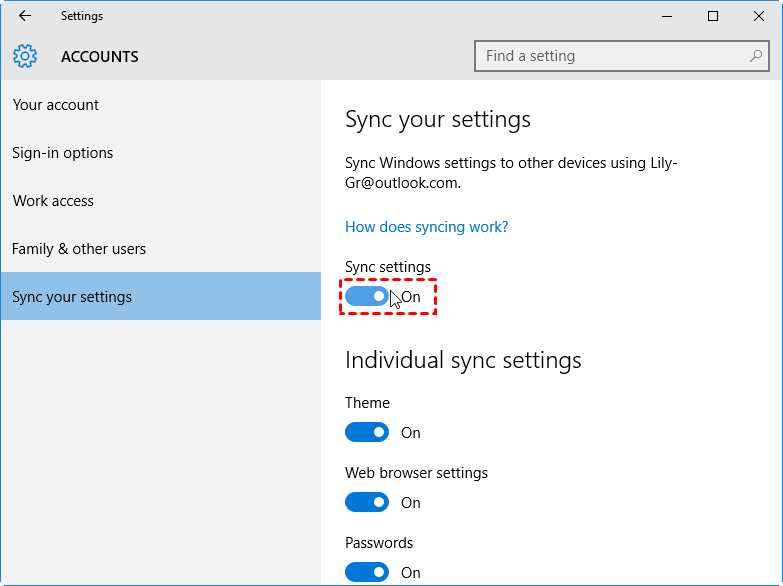 Note: If you don't want to always use the same desktop between two computers, you can turn off "Sync your settings" by clicking the sync settings button "On".

Whether you are currently using desktop and laptop at home, work or both location, you can sync files between desktop and laptop in Windows 10. Please note majority of methods require two acomputers at the same network segment. If this is also your case, you could consider using AOMEI Backupper Standard to automatic sync files. If you are traveling, external hard drive or cloud storage will be a better choice for file sync.

In addition, you can sync your Windows settings with built-in "Sync your settings" feature. After syncing, all of your computers will have the same preference settings. The most intuitive thing is that two computers use the same desktop image, and your computer desktop image will change accordingly.