About NAS to NAS Sync

NAS, the short of network-attached storage, is a kind of storage device to store or share data on the NAS device. When you use two NAS devices and you want to keep the data same as each other, syncing one NAS to another NAS should be the best way.

For NAS to NAS sync, it is to make a one-to-one replica of the NAS data, so you can use it directly, modify, delete, etc on the other NAS. Meanwhile, you may like to know another term “Backup”. Similar to "Sync", it compresses all the data into an image file, which is not convenient if you want to use it. It requires you a restoration process.

In view of the differences between them, the sync method is much more popular, especially for small business and enterprise environments. If you are more concerned about data security, try backup method to create NAS to NAS backup.

How to perform NAS to NAS sync in Windows 11, 10, 8, 7? Windows operating system doesn’t provide any NAS sync software for you to sync NAS to NAS, what should you do? Syncing NAS to NAS is not an easy thing, but if you find the right way, it could be an easy job.

We recommended use the best free NAS sync software - AOMEI Backupper Standard and its Sync feature to perform NAS to NAS sync more easily and safely.

Safely sync NAS in Windows PCs. It’s designed to sync NAS to NAS easily in Windows XP, Vista, 7, 8, 8.1, 10, 11. The Server edition of the software could help you sync files in Server 2022, 2019, 2016, etc.
Support scheduled sync. This option allows you to automatically sync the NAS to another NAS via daily, weekly, or monthly.
For any NAS devices. No matter what NAS devices you are using (Synology, QNAP, WD, Seagate, Buffalo, etc.), you can use AOMEI Backupper to sync files between them. For example, Synology Sync two NAS or QNAP NAS to NAS Sync.
Not only NAS sync software but also NAS backup software. It allows you to backup NAS to external hard drive, local disk, USB flash drive, even the cloud, etc. And all the scheduled settings are supported.

Please download the best free NAS sync software to give it a try.

Now, we will show you how to sync Synology NAS to another Synology NAS with AOMEI Backupper in Windows 10, please refer to the steps listed below (applied to Windows XP/Vista/7/8/11 as well): 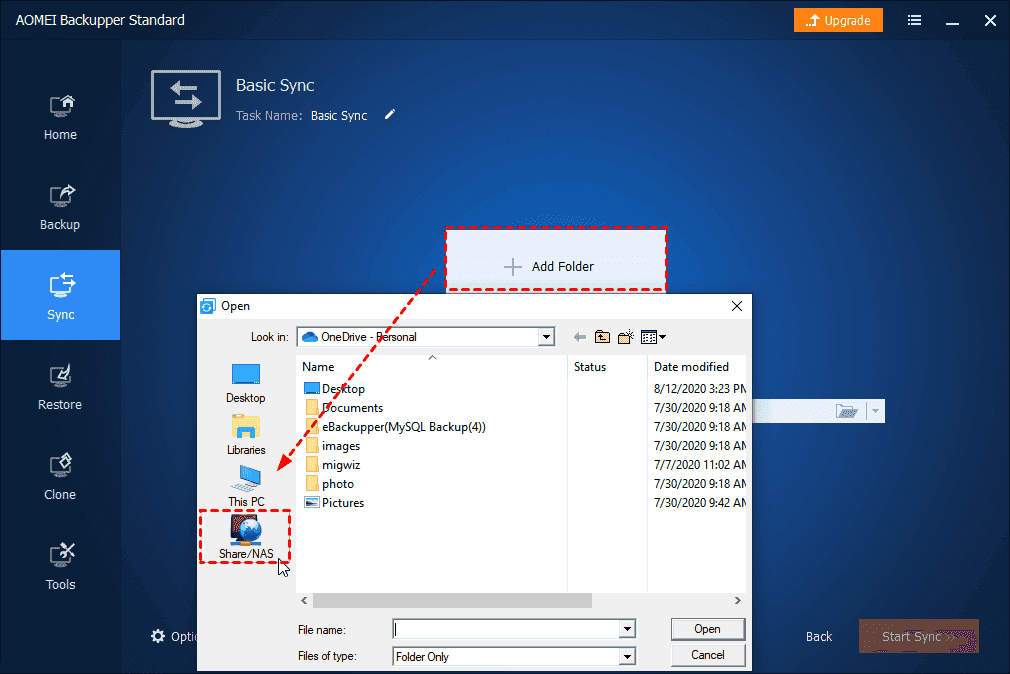 Step 3. Click Add Add Share or NAS Devices, type the IP address of the NAS device and click Ok to add the Synology NAS. If necessary, input the username and password and then choose the Synology NAS folders you would like to sync.

Step 4. Expand the drop-down menu of the second bar and choose Add Share or NAS Devices. Then input the NAS path and add shared folder on another Synology NAS as the destination. 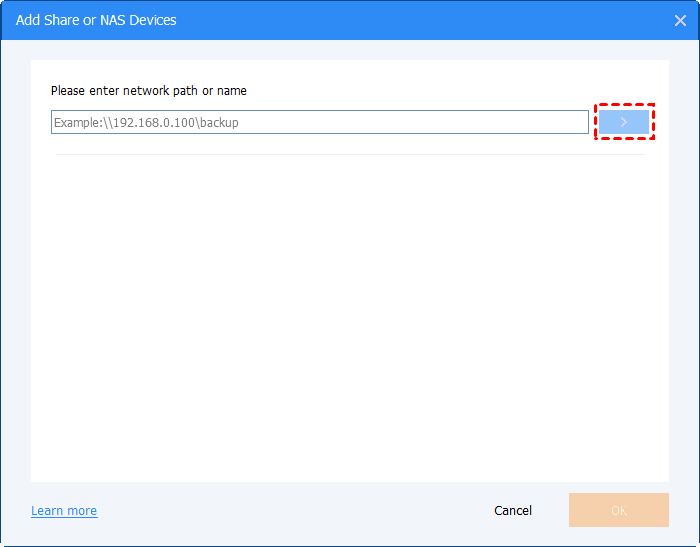 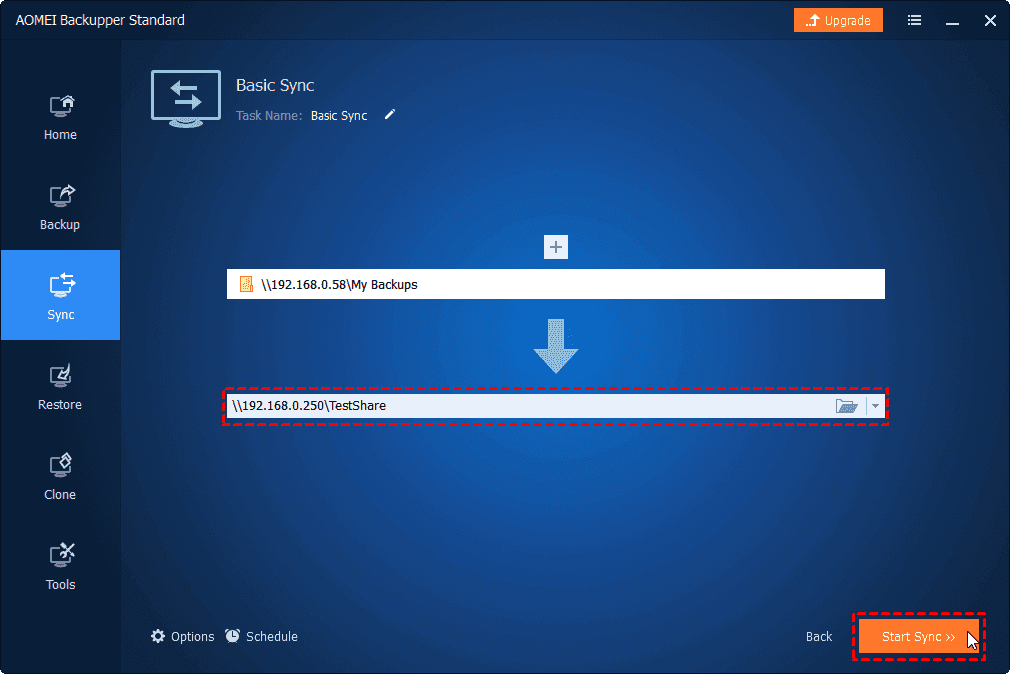 ★Tips:
✍Options permits you to add comments to distinguish the NAS to NAS sync task from others, enable email or SMS notification, sync the deletions in the source directory to the destination, Pre-command (paid) provided for you to shutdown the database before synchronization, post-command (paid) you could set up to open the database or shutdown the computer after synchronization, etc.
✍ Schedule Sync provides you to set up an automatic sync NAS to NAS for daily, weekly, monthly, event triggers or USB plug in. The last two are available in AOMEI Backupper Professional or other advanced editions, please upgrade to enjoy.

According to the above steps, Synology NAS to NAS sync is not difficult just as you imagined, just find the right NAS sync software - AOMEI Backupper Standard to sync NAS to NAS easily and safely.

Furthermore, it can not only sync your NAS device, but also sync folders between different computers or on the same computer, sync files to Google Drive, etc. Besides, you could use it to protect your Windows computer, like disk backup, system backup, disk clone, partition clone, etc.