Get the best two-way sync software to perform bidirectional sync in Windows 11, 10, 8, 7 easily. It can keep two folders exactly the same.

What Is Two-Way Sync?

One-way sync is a sync mode that syncs items you specified from the source directory to the destination directory. Any changes in your source location, like creation, deletion, and modification, will be synced to the destination.

It’s highly recommended by millions of users due to the powerful features and reliable performance. Please download the 30-day free trial to have a shot.

Here we are going to show you how to perform two-way file sync. 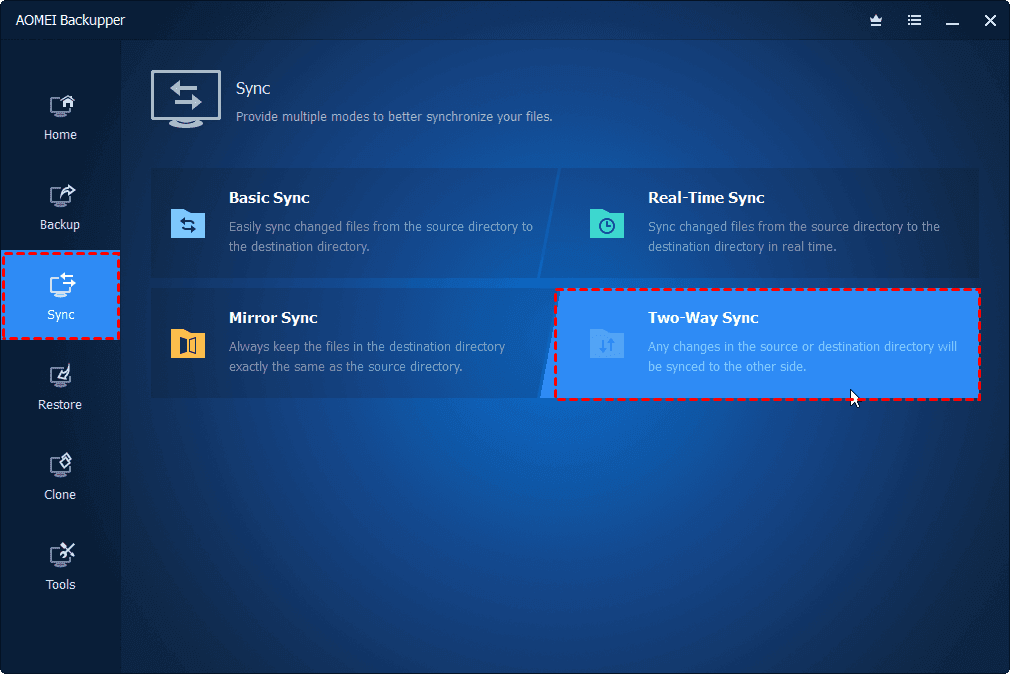 2. Click + Add Folder push button to choose the source folder you would like to sync. Change the Task Name to differ from others if need be. 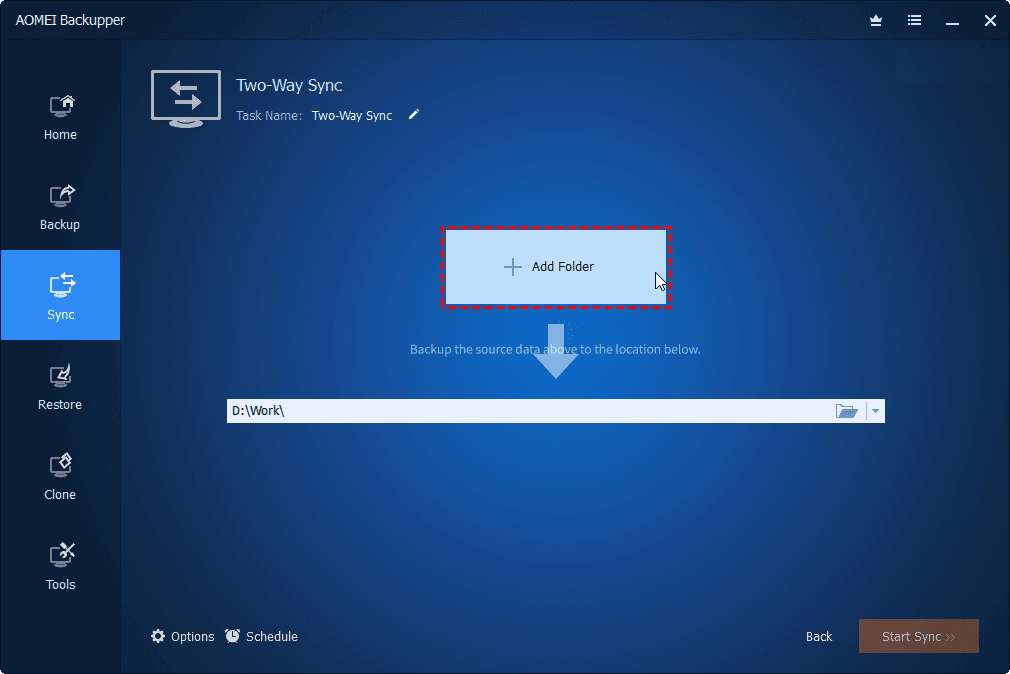 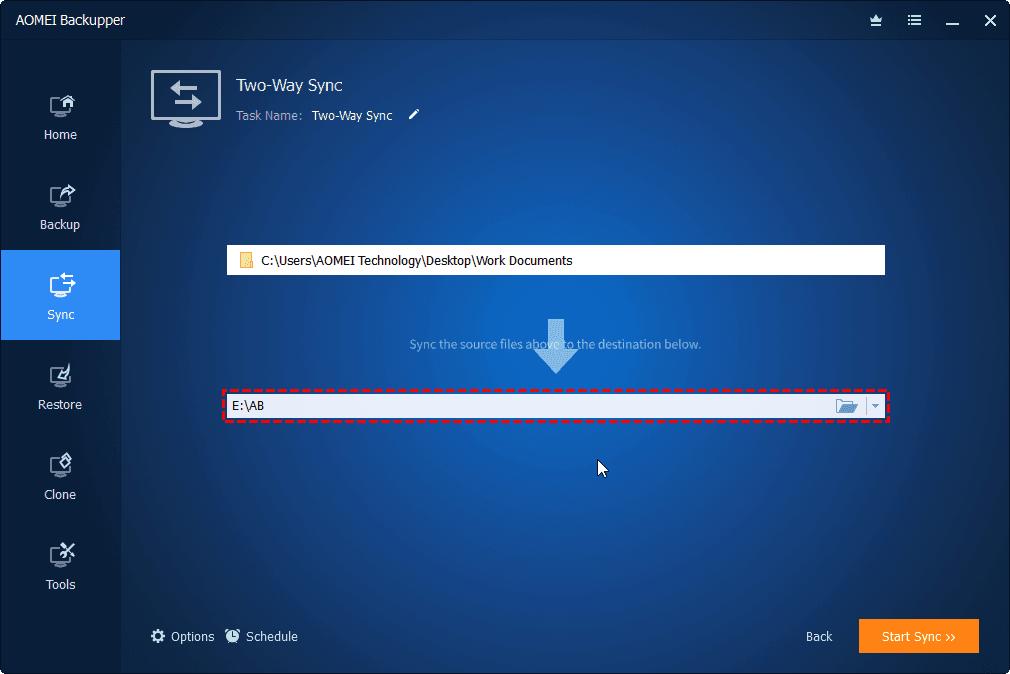 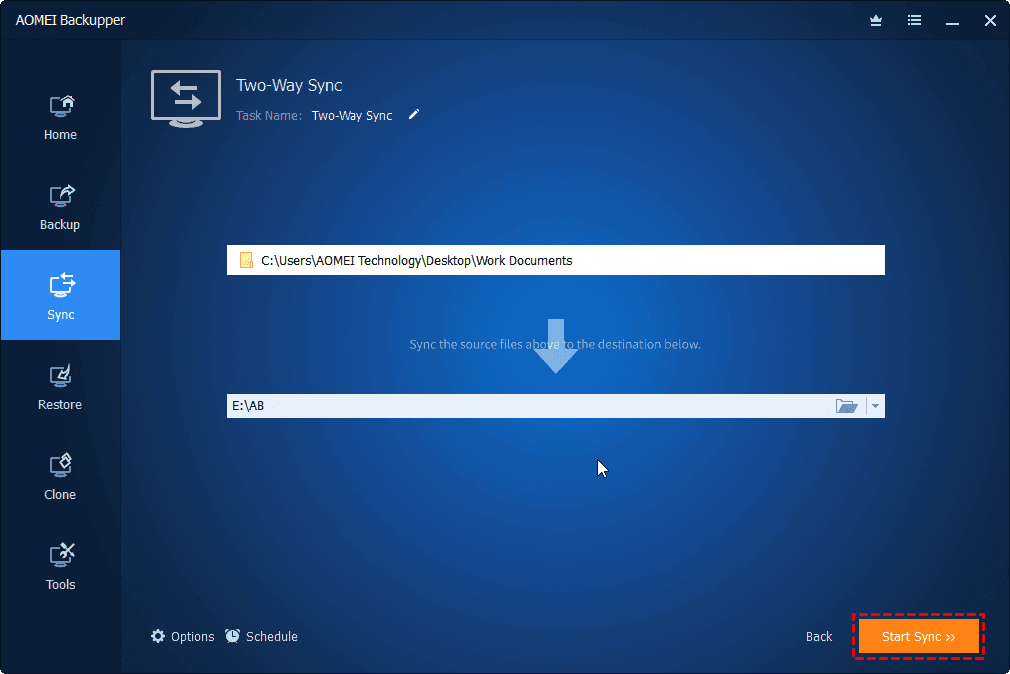 - In General tab, you could write a comment on the sync task, and enable email notification to get email or SMS alert after syncing once you set up. 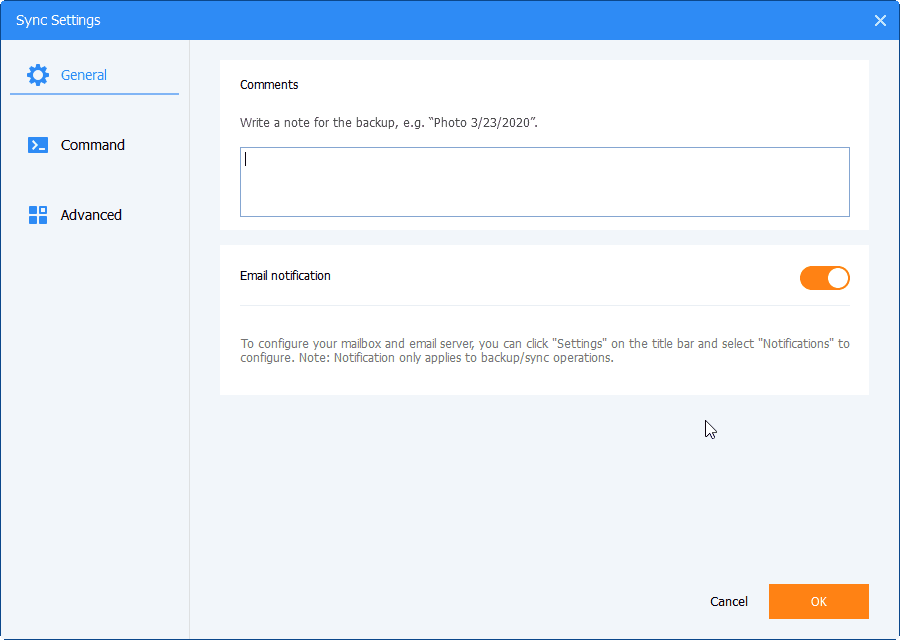 - In Command tab, you could enable pre-command or post-command to run a specified program or script before or after the synchronization. 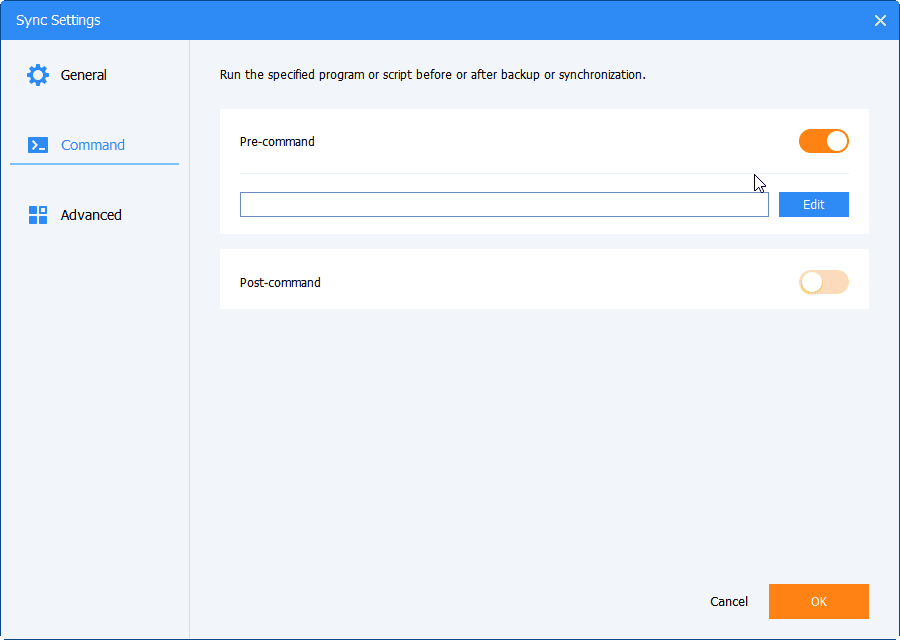 - At the Advanced tab, you could set operation priority or tick "Automatically create a folder with the same name as the task in the target location" as per your need.

2. Schedule Sync allows you to sync the data via 5 modes: Daily, Weekly, Monthly, Event triggers, and USB plug in.

1). Daily has three options you can make: 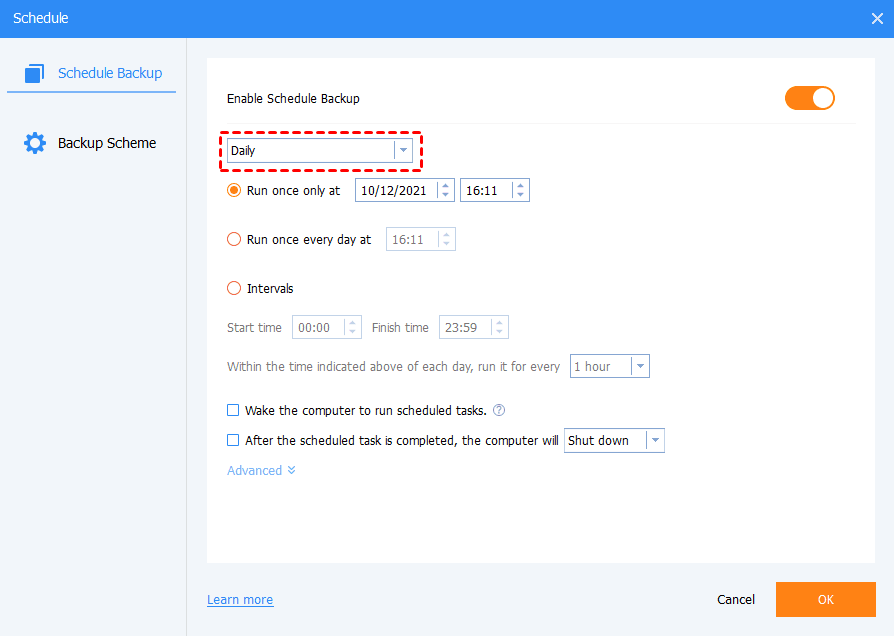 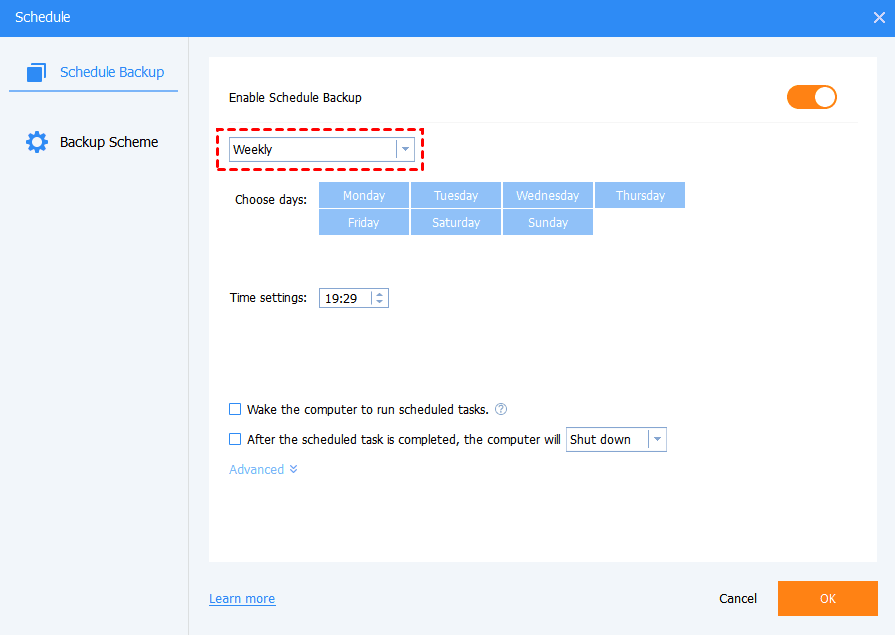 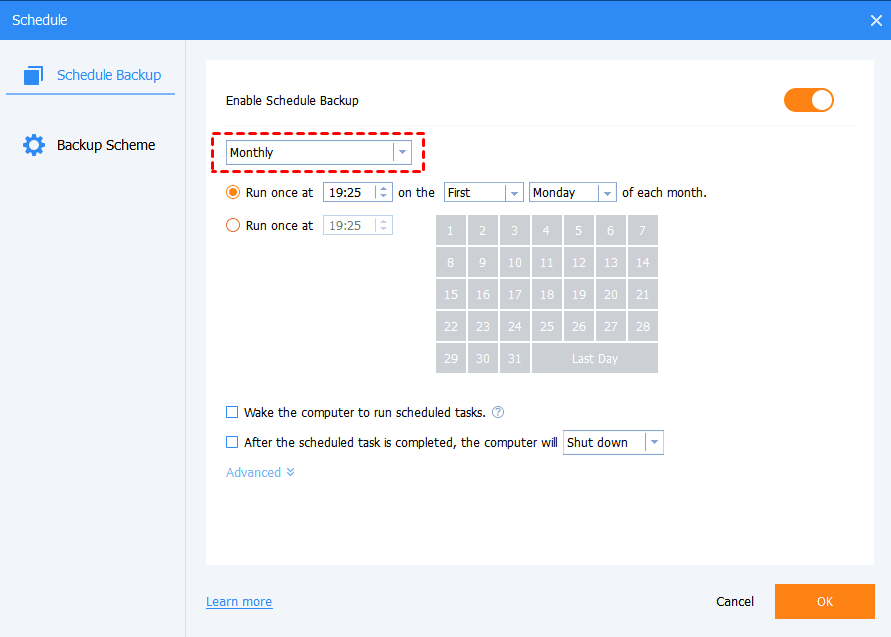 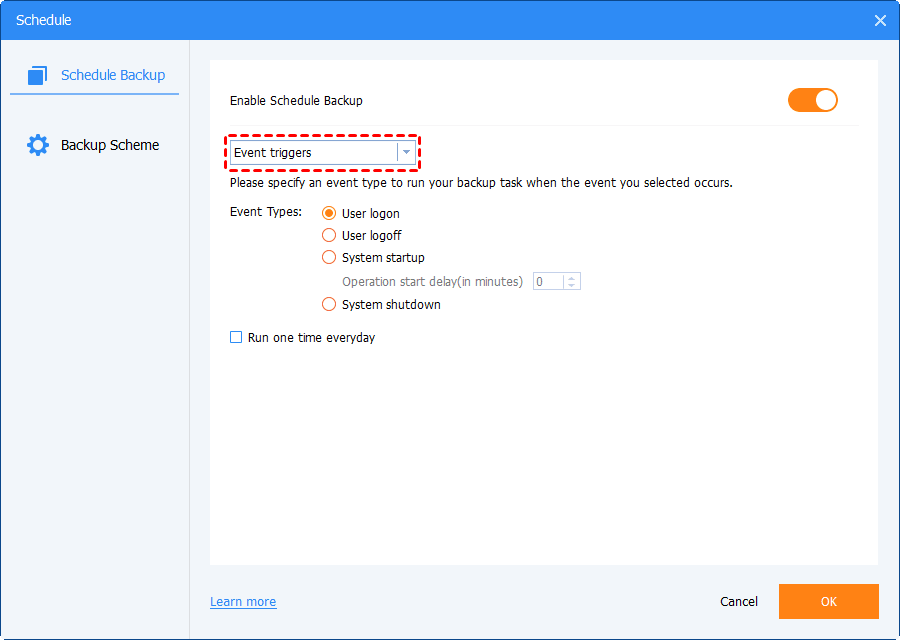 5). USB plug in: If you perform two-way sync between a USB drive and your computer, you could use this option to automatically sync changes to the other side once the USB drive related to the two-way sync is detected. 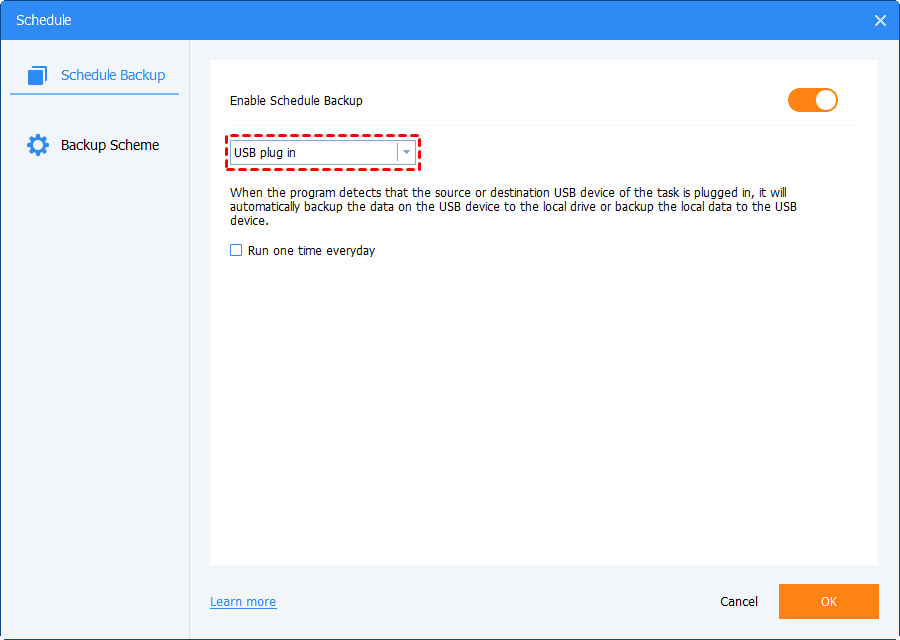 During the Two-Way Sync Process

There is something you could do during the syncing process:

1. Set up the awaiting execution event for the computer. Click the setting icon at the bottom left corner, tick On completion, and choose one of the four events: Shut down PC, Restart PC, Hibernate, Sleep, and press OK. 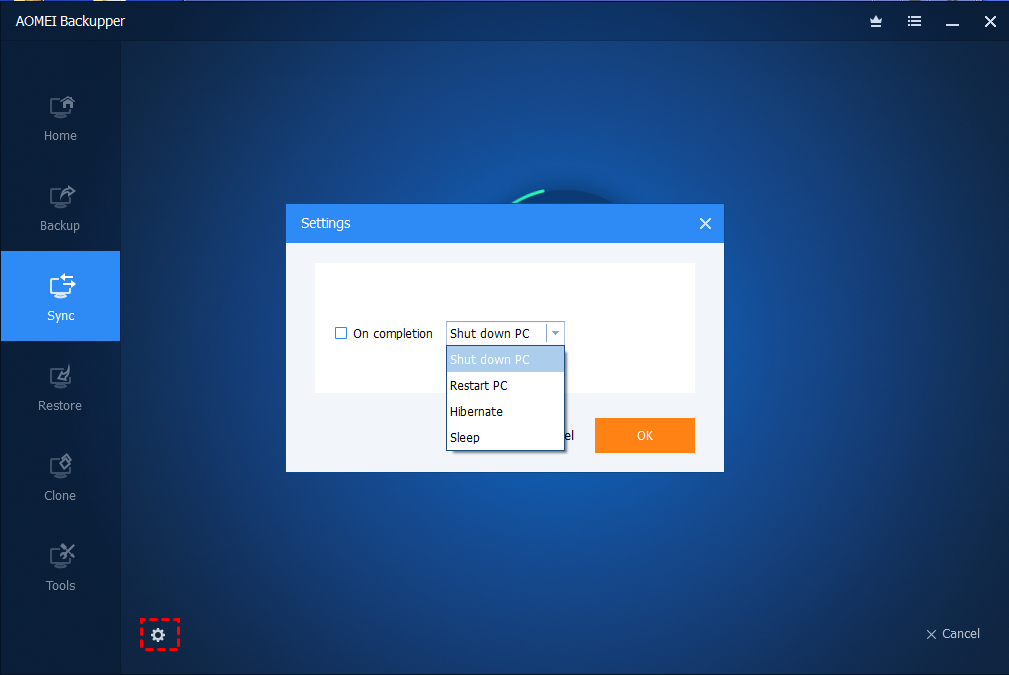 Once the two-way data sync is finished, the computer will do the event you set up.

2. Cancel the two-way synchronization process. If you found you set it wrong and want to cancel it, just do it. 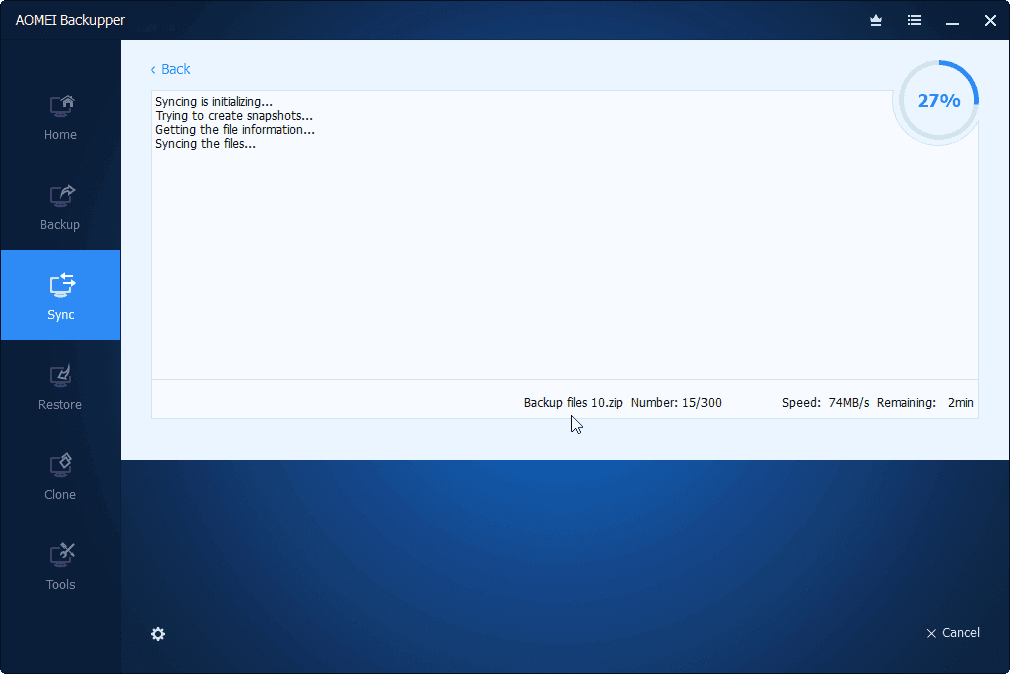 After the two-way sync reaches 100%, please hit Finish. Until now, the two-way data synchronization has been finished successfully.

Some Tips for Two-Way Sync

2. The maximum file path of Two-Way Sync is restricted to 256 characters.

3. The source folder and the target folder cannot have a containment relationship.

4. CD files are not supported in two-way sync and other sync modes.