Want to clone the system to another disk and make it bootable? In old days, XXClone can help you with the Make Bootable feature. Now that its design life has expired, you may need an alternative to perform system disk cloning with secure boot.

What is XXClone Make Bootable?

XXClone is a volume cloning tool on Windows XP/Vista/7/8/10 to duplicate system volume to another disk, and makes the target volume self-bootable. To do so, you might use the XXClone Make Bootable feature in Cool Tools.

As you can see, there are tons of cases that the new hard drive won’t boot after system cloning, which makes all the effort go to waste. But what actually determines whether the cloned system disk can boot or not?

In general, there are 3 essential data items - the Master Boot Record (MBR), the Boot Sector, and the BOOT.INI file.

The working principle of XXClone Make Bootable is to initialize the 3 data items so as to make the target volume self-bootable. This is not a necessary step, because a normal cloning with XXClone or other disk clone software should make the target drive bootable. But when the target volume is newly partitioned and formatted, or you just encounter an XXClone boot error, this feature might be helpful.

Also, if any of the data items is corrupted, you can use XXClone Make Bootable to fix MBR or rewrite the Boot Sector. 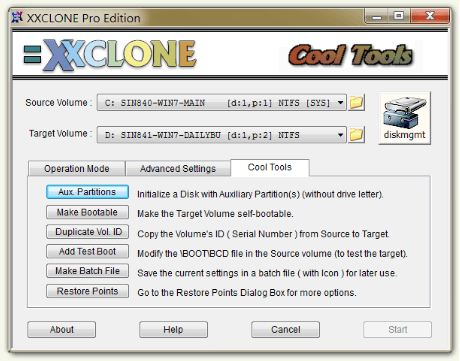 From above introduction, you can see XXClone Make Bootable is a practical tool for system volume cloning with secure boot. Unfortunately, as declared in the official site, the manufacturer Pixelab has ceased operation and stopped accepting any new orders and renewals of XXClone since March 22nd, 2017.

As I tried to install the free version of XXClone, a message popped up saying “This Program’s design life has expired”. In this case, you may need an effective alternative with updated versions and more powerful features. 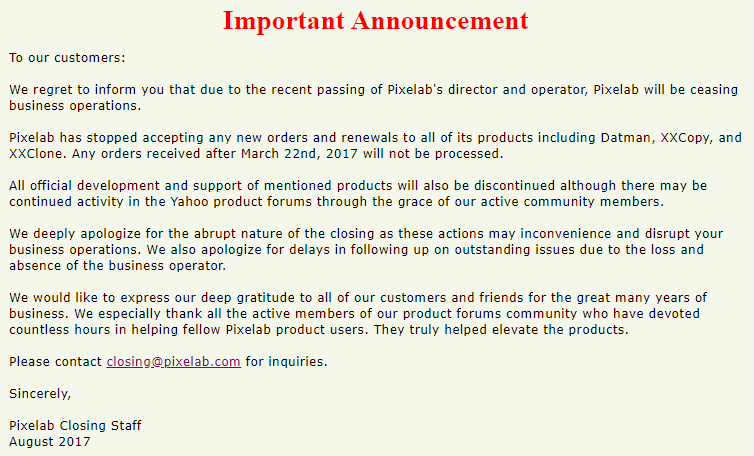 Back in the old days when XXClone hasn't expired, it was a handy and easy-to-use software for system disk backup and clone. But it has certain limitations especially in the free version. For example, incremental backup and non-system volume backup can only be performed in advanced editions.

Moreover, in all editions of XXClone, you can’t select a Dynamic Disk as the target volume, nor backup the entire hard drive instead of individual volumes, which is not effective on hard drive replacement, like clone HDD to SSD.

Therefore, a qualified alternative to XXClone Make Bootable in Windows 7/8/10 should not only be able to make the cloned system disk bootable, but also make up for above mentioned shortcomings. AOMEI Backupper Professional is an example.

What can AOMEI Backupper offer?

● It is a Windows backup & clone software applied to different levels of data. For backup, you can use File Backup, Partition Backup, System Backup and Disk Backup. As for clone, there are Partition Clone, System Clone and Disk Clone. Dynamic volumes on dynamic disk are also supported in Pro edition.

● When performing backup in this software, you can choose full backup, incremental or differential backup; set up schedule to create automatic backup; configure compression level, etc.

● You can clone operating system to another HDD/SSD, or restore a system image to another computer with secure boot.  It enables you to clone system disk from MBR to MBR, MBR to GPT, GPT to MBR, GPT to GPT.

Clone System Volume to Another Disk and Make It Bootable

Now I’ll introduce how to clone the system volumes to another hard drive with secure boot.

First you need to do some preparations:

◆ Connect the new HDD or SSD to your computer. If there’s only one slot, use an USB-to-SATA adapter to connect it.

◆ Download and install the XXClone Make Bootable alternative on your computer.

✍ Note: If you are worried about whether your Windows license can be transferred to the new disk, right-click This PC > choose Properties > check if there’s “OEM” in the Product ID > if not, it’s a Retail or Volume key that can be transferred; if yes, the OEM is also transferable between hard drives as long as you don't change the motherboard.

◉ SSD Alignment: if your destination disk is an SSD, ticking this option will accelerate the reading and writing speed.
◉ Clone Mode: the default intelligent clone mode will clone only the used sectors to save space. It can be used to clone larger drive to smaller drive. If your destination has enough space, you can also tick Sector By Sector Clone option to clone all the sectors no matter used or not.

The required key to enter BIOS depends on your PC module, you can refer to the manual or search on Internet.

Although this program has expired, I’d also like to show you how XXClone Make Bootable works as a supplement. 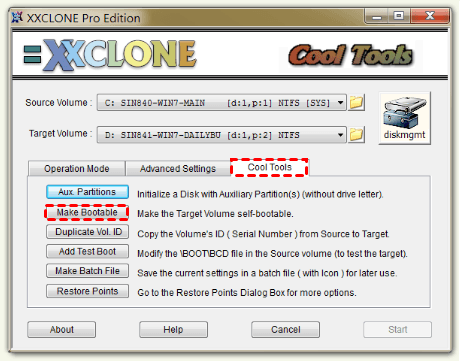 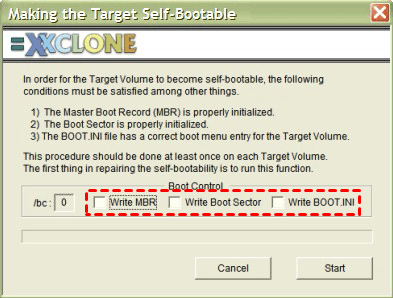 You can see the operation is simple, but there are fewer options at the same time. With the alternative AOMEI Backupper, you can enjoy an equally simple process with more powerful features.

XXClone was a practical volume cloning tool with the Make Bootable tool making the target self-bootable. However, it has expired since 2017. If you are finding a currently effective solution, an alternative like AOMEI Backupper would be necessary.

AOMEI Backupper can not only clone system volume to another hard drive, but also other individual partitions or the entire disk. Thus you can replace hard drive without losing data. If you are worried that the computer won’t boot due to system errors, you can also make bootable USB or disc just in case.

You May Also Like
Quick Guide to XXClone in Windows 10 (Tutorial Attached)
Best Free Alternative to XXClone for Windows 10/8/7
How to Create Bootable Clone of Windows 10 for Free?
2 Ways: Clone Old Computer to New PC (Bootable)