You may clone MBR disk to GPT disk to enjoy the advantages of GPT disk, such as create more than 4 primary partitions, and make full use of a disk larger than 2 TB. Please note that Windows can only boot from GPT on UEFI-based computers running 64-bit versions of Windows 10, 8, 7, Vista, and corresponding server versions. Make sure your computer meets the requirement if you are migrating MBR OS to a GPT disk.

How to clone MBR to GPT SSD with Samsung Data Migration?

To clone MBR to GPT SSD by Samsung Data Migration, there are two things you should confirm:

Now I’ll show you how to clone MBR to GPT SSD with Samsung Data Migration in detail:

1. Connect Samsung SSD to your computer and make sure it can be recognized. Run Samsung Data Migration. In the “Start” page, click on Start in the bottom right hand corner. 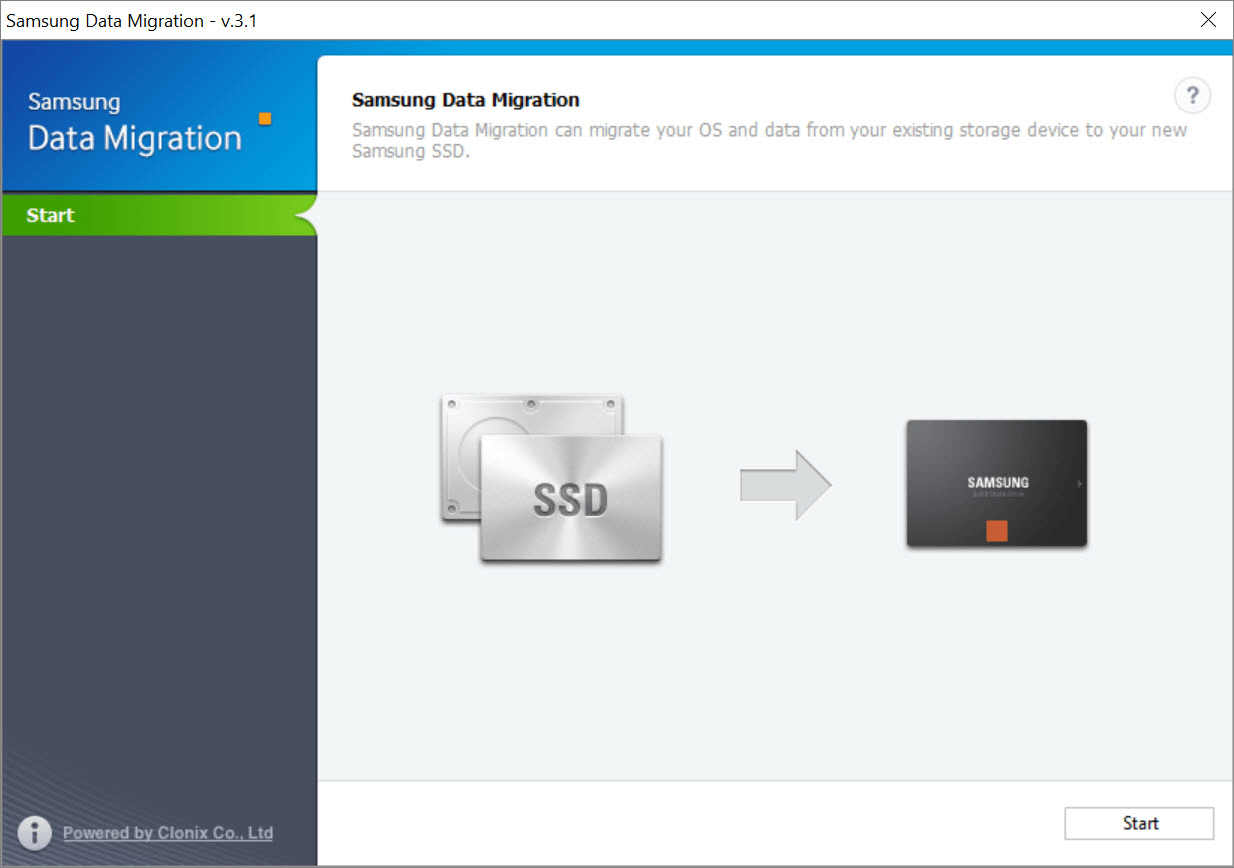 2. You’ll see the Disk Analysis and Cloning menu then. Confirm the source and the target disk listed here and click on Start to begin the migration process.

3. Wait until the process is finished. Shut down your computer, replace the old hard drive with the new Samsung SSD and you will get the system back immediately.

✎ Note: A difference of a few GB of data capacity between the source and the target disk is normal after cloning.

Equivalent of Samsung Data Migration in MBR to GPT cloning

● It allows you to clone MBR disk to GPT SSD of different brands, including Samsung, SanDisk, Seagate, WD, and PNY, etc.
● The source disk can either be a system disk or a data disk.
● It enables you to clone the entire disk via Disk Clone or migrate OS only from MBR to GPT via System Clone.
● It offers the SSD Alignment feature which can help to improve the reading and writing speed of the destination SSD.

✎ Note: Backup files on the destination SSD before cloning, because it will be overwritten during the cloning process.

Step 1. Connect the GPT SSD to your computer and make sure it is detected. Install and run AOMEI Backupper. Click “Clone” on the left pane and select “Disk Clone”.

Step 2. Select the MBR disk as the source disk and click “Next”.

Step 3. Select the GPT disk as the destination disk and click “Next”.

Step 4. Tick “SSD Alignment” to improve the performance of the destination SSD. Confirm the operation and click “Start Clone”. 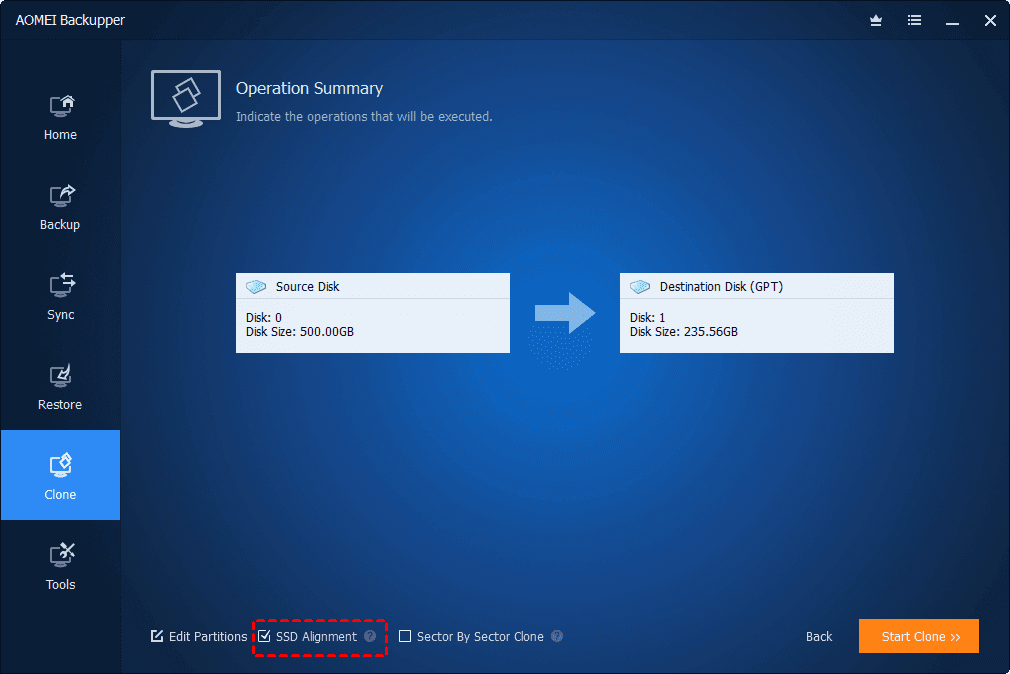 Step 5. (Optional) To boot from the cloned GPT disk, you should replace the old MBR disk with the GPT disk, enter BIOS and change Legacy to UEFI boot mode.

✍ Tips: If your system supports booting from a GPT disk, that is Windows 10/8/7/Vista 64 bit, AOMEI Backupper will conduct MBR to GPT cloning without disk conversion; otherwise, you will be prompted to convert the GPT disk to MBR to make sure the cloned hard drive is bootable after cloning.

It is simple to realize Samsung Data Migration MBR to GPT cloning, but it only applies to Samsung SSDs and you may get stuck in Samsung Data Migration cloning failed error. With AOMEI Backupper, you can clone MBR to GPT SSD without the SSD brand limitation. Besides, you are able to use AOMEI Backupper as M.2 NVMe SSD duplicator and get a quick workaround when WD Sync not working.