How to Migrate OS to Smaller SSD Securely (3 Steps)

You will learn how to easily migrate OS to smaller SSD without Windows built-in utility, since it does not allows you to do so.

User case: How to move OS to smaller SSD?

"So I have a 1TB Seagate HDD, and recently bought a 240GB Kingston SSD. I am running windows 7 from the HDD but want to move it to my SSD. I have seen videos where people use tools to clone the HDD to the SSD, but my HDD has 600GB of data on it, so I can't fit all of it on the SSD.

So what I would like to do is move my windows installation to the SSD and then move some programs over as well. I'm really trying to get my head around what I need to do and how I would do this. Any help is appreciated." 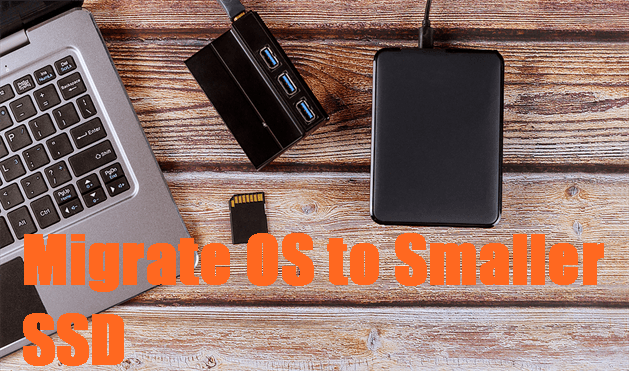 Why migrate OS to smaller SSD

As we all-known, SSD (Solid-state Drive) has significant advantages than traditional hard drive, since it does not have moving part and the information is stored in a microchip, thus many users want to replace HDD with SSD to gain it. To be specific , SSD is much faster, durable, lower weight, no noise, and consumes less power.

However, at the same price, most SSDs hold smaller capacity than HDDs, so users cannot move everything from HDD to SSD due to insufficient disk space. In this case, many users will choose to migrate OS only to smaller SSD and then use HDD for storage.

How to transfer OS to smaller SSD successfully

Windows backup utility is the first option for most users to migrate operating system by backup and restore method. To complete the process, you need to create a system image backup with Backup and Restore and then restore system image to new SSD. Between these two processes, you need another storage device to store the backup image. In sum, you need to move system image twice, time-consuiming and tedious.

Thus, it's not suggested to use built-in tool for OS migration. The best way is  using a professional disk cloning software like AOMEI Backupper Professional, which can put everything in place in one step and ensure the cloned SSD is bootable.

To transfer OS, you will use its System Clone feature, which will include the operating system, boot partition(s) like system reserved partition, personal data, installed programs, etc.
It will be ok if the SSD disk is smaller, since it uses the Intelligent Clone features, which only clones the used sectors of your system partition.
And  it can help you further accelerate the reading and writing speed of SSD disk as well as prolong its lifespan.

And all the operation are based on an intuitive interface, so all the users can understanrd it easily and quickly. Please download it to have a try!

(Note that the Clone feature in the free trial version can only be demonstrated. To migrate OS and boot from it, please upgrade to the full version. This page offers discount for users up to 20%.)

Then, you can migrate OS to smaller SSD without reinstalling Windows. But before that, you need to make some preparations as follow:

2. Choose the smaller SSD as the Destination Partition and click Next. The system and system related partitions are selected by default. 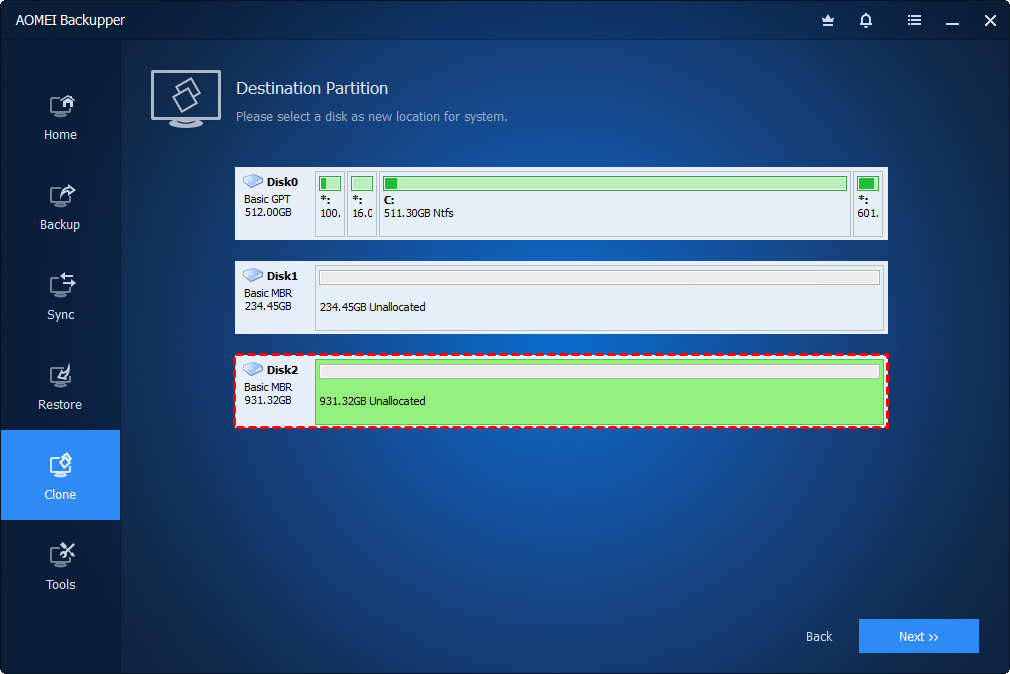 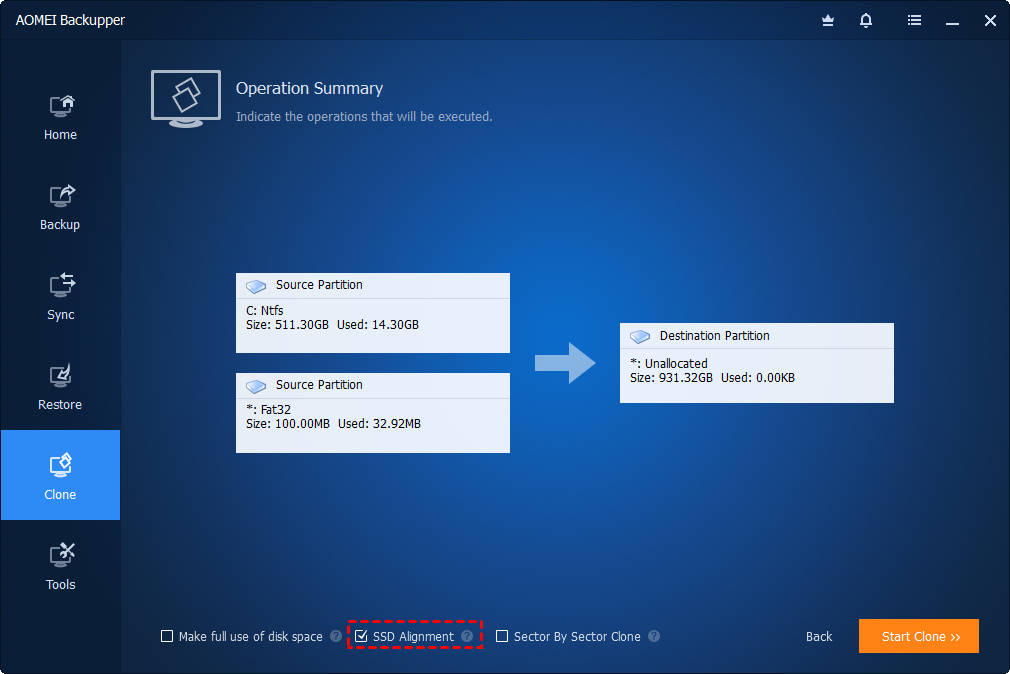 Notes:✎...
Make full use of disk space: By default, this feature will be checked if you are cloning OS to a larger drive. It's used to extend the size of system partition by unallocated space.
Sector by sector clone means cloning every part (both used and unused part) of a disk to SSD. You can ignore this option in this situation, otherwise this operation will fail due to insufficient disk space.

Tip on boot computer from the cloned SSD:

Just within 3 simple steps, you are able to migrate OS to smaller SSD successfully and ensure your computer can boot from it. Actually, if your SSD is large enough to contain everything on the HDD, you can clone entire disk to SSD with Disk Clone feature in this software. And it supports cloning system disk between MBR or GPT, or from MBR to GPT and vice versa.

It's disappointed that the Windows backup utility does not allow you transfer OS to smaller SSD, you can only use professional cloning software to achieve this goal. AOMEI Backupper supports cloning OS only and it uses the Intelligent Clone feature to clone only used sectors by default. This makes it easier to clone OS to smaller SSD with secure boot. And you can further improve the performance of the SSD disk.

In addition, this powerful backup utility can help you create system image backup in Windows and then restore it to smaller SSD without any obstacle. Also, you are able to deploy system image to multiple computers if you want to perform batch operations, for example, install the system for 25 computers, even if some of them has dissimilar hardware. You need to use image deployment software in the technician or techplus edition. All in all, it is software worth trying, and select the version you want.