Are you tired of creating backups on the server one by one? If yes, you can use client server backup software AOMEI Centralized Backupper to create centralized backups on multiple computers running Windows Server 2003, 2008 (R2), 2012 (R2), 2016.

Client-server backup is an effective model, which can let you backup data from multiple workstations, servers and virtual machines to a central server. You can use the server computer to control client computers through a central management console.

The term Server in the client-server model does not mean that the machine of the administrator must run server operating system. It refers to a computer that can manage multiple client computers, including Windows 7/8/10 or Windows Server 2008 (R2)/2012(R2)/2016.

Client server backup software can help you to create and manage backup tasks on multiple workstations, servers and virtual machines from a central management console. That's exactly what you can find in our software.

ACB cut down backup administration costs and save much time. You can use a computer as a central server to start, schedule, stop and monitor remote backup tasks for all clients in the network.

What you can back up?

To protect your computer and data, one of the best ways is to create a system backup. It will include the operating system, applications, drivers, configuration settings, system files and boot files. What's more, you can restore Windows client backup image when something unexpected happens to your computer.

To ensure the security of your data on disk, you are supposed to create a disk backup. It will include all partitions on the disk and system files. Thus, if you backup the entire hard drive, you still can restore disk image backup and use it to boot your computer.

If you just want to backup the specific partition, Partition Backup is a great choice. You can specify what will be backed up by creating a template based on one of the client computers or choosing specified disks, drive letters or partition labels to match.

Hot Backup is based on VSS technique. With it, a backup task can be done without stopping any processes on the client computers. Any open files and running applications will be backed up without problems.

If you have one computer with windows server 2012 (R2), you may create Windows Server backup for it. But if you have multiple computers, you are not willing to create backups one by one. It's time-consuming.

Follow the steps below, and then learn how to create client server backup in Windows Server 2012(R2).

Step 2. Send a request to your client computers. You can click Computers > Not Control Computer, then select all or part computers and click Request Control. 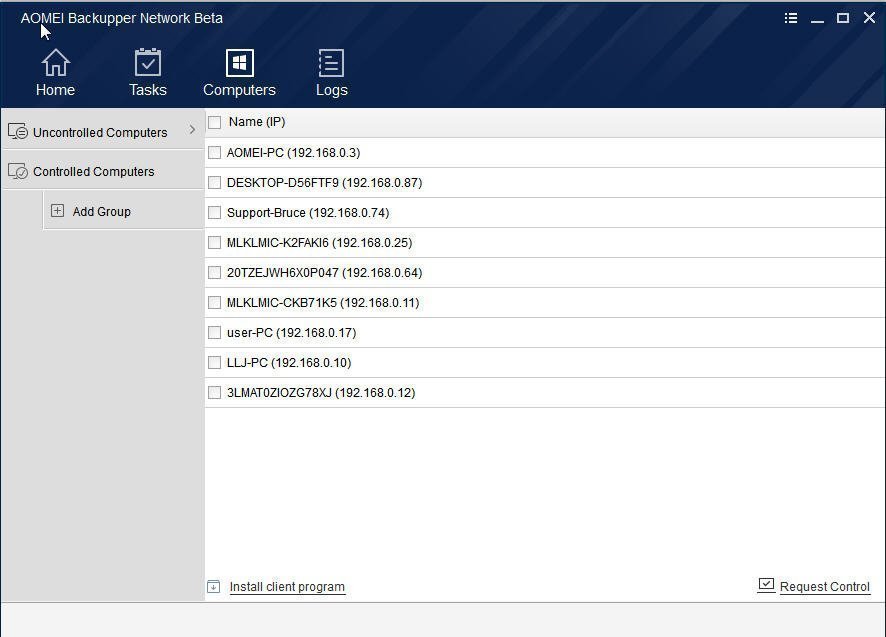 Step 3. Select a backup task. You can click New Task under the Tasks tab, then choose System Backup, Disk Backup, Partition Backup according to your needs. 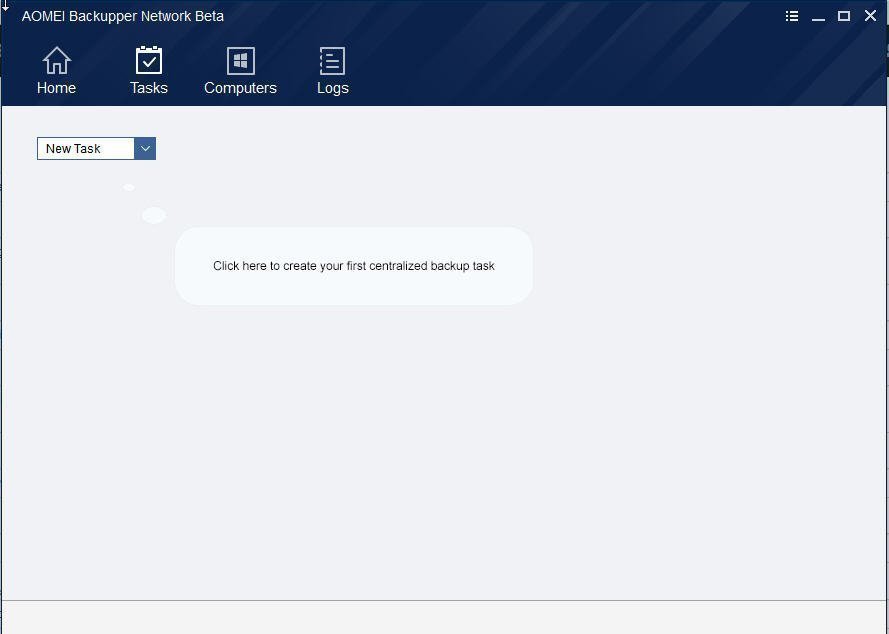 Step 4. Specify a name for your backup 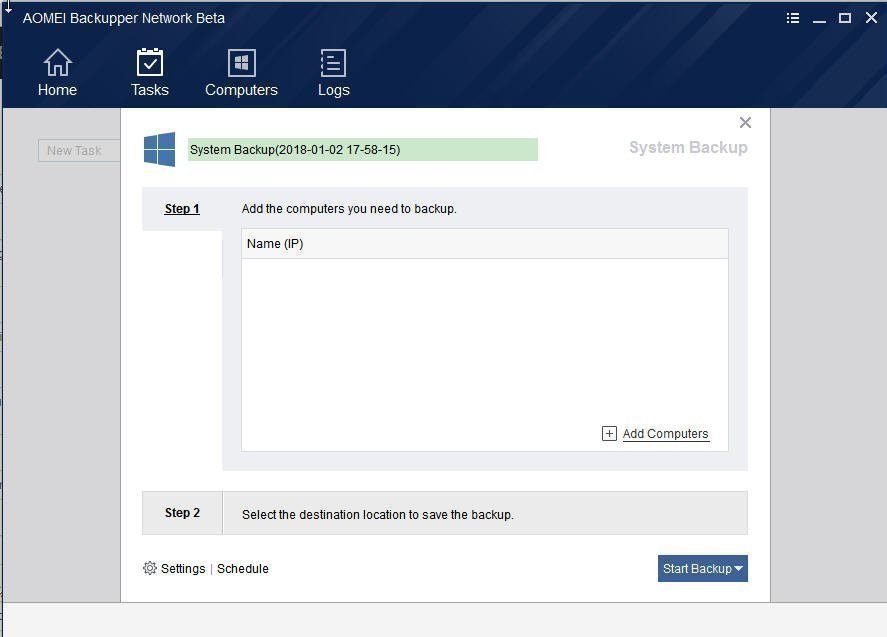 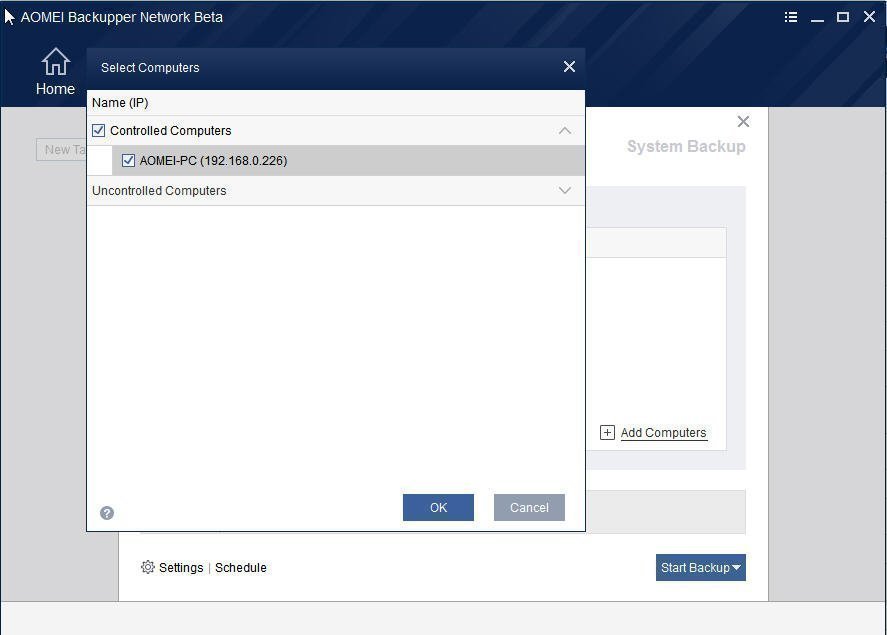 Step 6. Add storage for your client backup. You can click Step 2 and Add Storage, then input Display Name and Share or NAS path in the next window. At last, click OK to finish this step. 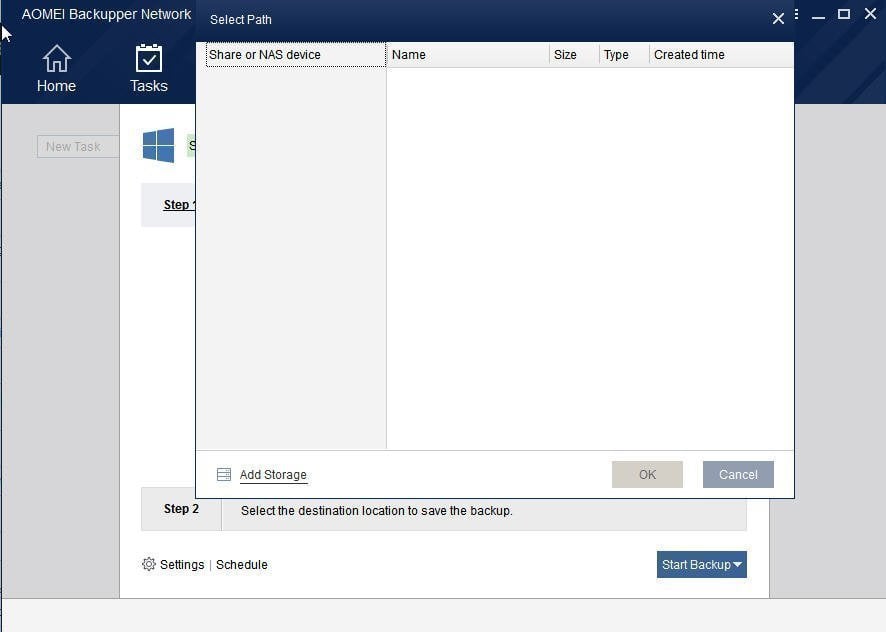 Step 7. Choose settings for your backup. You can click Setting or Schedule in the lower left corner, then choose whatever you like. 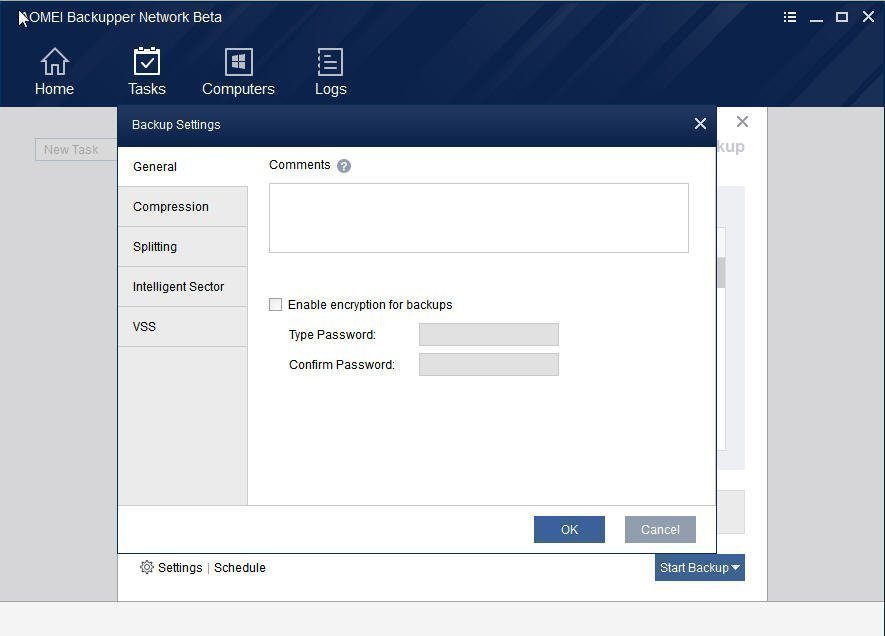 Step 8. Click Start Backup, then choose Only create a task or Create and execute tasks to start the backup. 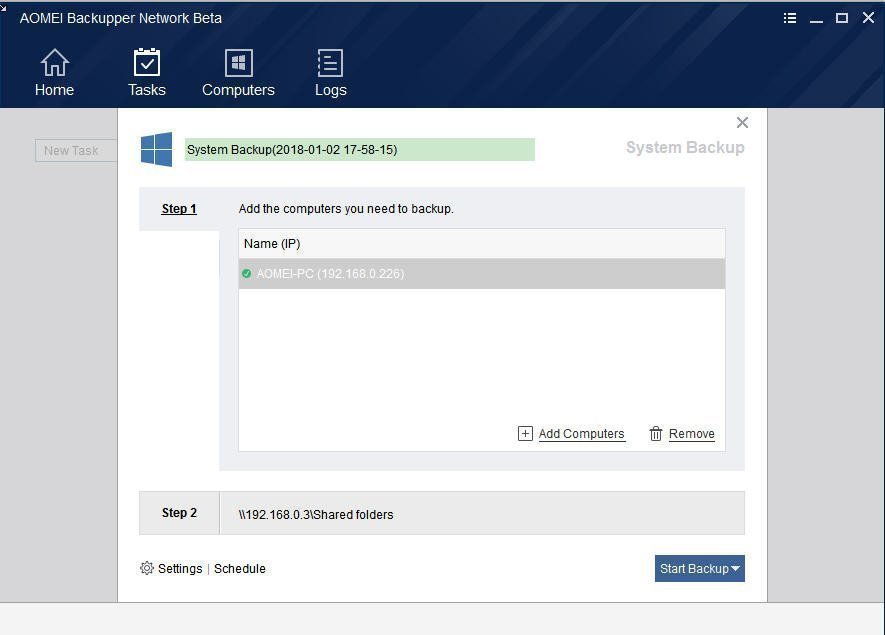 To create client server backup, you can use AOMEI Backupper Network. With it, you can create backup tasks on multiple computers, including System Backup, Disk Backup, Partition Backup. Also, you can select which computer you want to backup. If it does not appear under Not Control Computer tab, you can add it from the Install client program tab.

If you want to cut down backup administration costs and save much time, you can download AOMEI Backupper Network and try it for yourself.