This tutorial will show you how to create a system image using Windows 7 built-in Backup and Restore utility as well as powerful 3rd party software AOMEI Backupper step by step.

About “Create a system image” in Windows 7

This system image backup contains Windows OS and your system configurations, installed programs and created files. If the hard drive or system refuses to work, one can restore all contents of the computer via the system backup image.

When restoring from the backup image, a complete restore is performed. During this process, all current programs, system settings and files on the hard drive will be replaced. This system image contains only the drives that Windows needs to run. If you want to include other data drives, you can manually create a system image.

How to create a system image using Windows 7 utility

In the first place, please connect the external device if you want to store the backup image outside. It is suggested to store the system image separately from the running system so that it won’t be damaged if bad luck occurs.

Then, it will search for the device for a while and pop up the following window. Select the desire backup location. Here will take backup system to a new volume for example.

Finally, you need to confirm the backup settings. The backup contains the EFI System Partition and entire C drive including your installed applications and created personal files. Click Start backup.

Problems of Windows 7 Backup and Restore

It is quite simple to create a system image by using Backup and Restore in Windows 7. There are some drawbacks of this feature that you cannot ignore.

As you see, it is quite necessary to find an all-around Windows 7 Backup and Restore alternative. AOMEI Backupper Professional is such a backup utility with full backup solutions.

Let’s learn how to perform the system backup task in this software.

Steps to create a Windows 7 system image to USB drive

3. As you can see that the system drive C and the hidden EFI partition are selected by default. Now click the second bar to select USB drive as the destination path.

4. (Optional) Do more settings according to your situation. 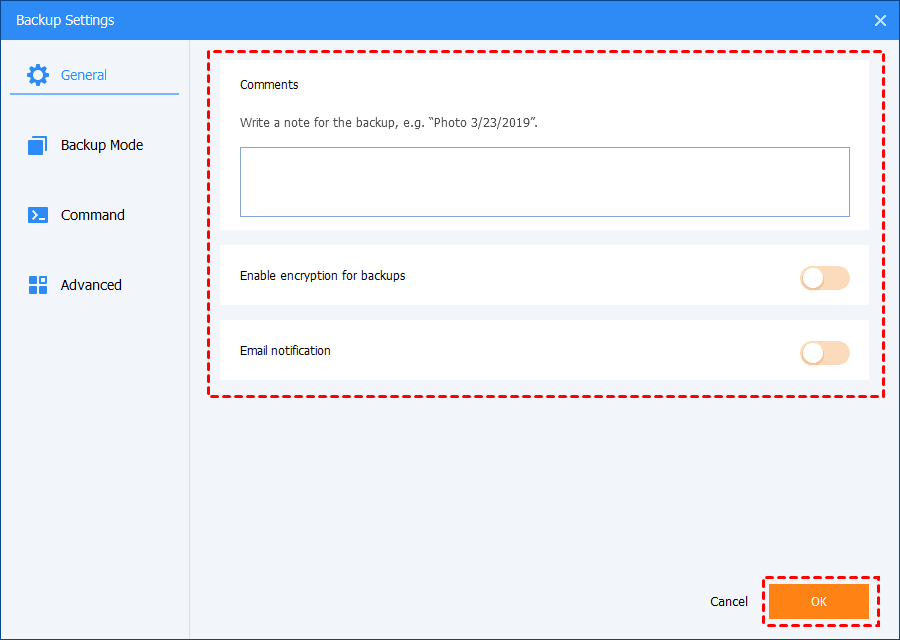 Don’t you find it is quite easy to create a system image with the help of AOMEI Backupper? To be honest, both methods are fine yet the latter one safeguards more for your system. You can create a bootable USB drive in Tools to backup hard drive without booting Windows if the need ever arises. Also, you can transfer Windows 7 to a new hard drive using its Clone feature.