Solved: Create a System Image Not Working for USB Drive in Windows 7/8/10

Create a system image not working for a USB drive in Windows 10/8/7? Use the third party free backup software to fix the USB drive is not a valid backup location problem with ease.

Maybe you've encountered this situation. You were told that you could not backup system because the drive not formatted as NTFS when you first try. To create a system image to a USB drive, it must be formatted to use the NTFS file system. Then, format the USB flash drive to NTFS, but the computer displayed the information "The drive is not a valid backup location" so that you still cannot backup system to the USB drive.

The reason why you got this message is Windows 7 Backup and Restore, File recovery in Windows 8, both don’t allow using USB Flash drive as destination, and Windows 10 works the same way. Since the size of USB drive is quite small so that the space filled up quickly. Moreover, the USB flash drive could be easily lost or access by other people. So making a system backup to USB flash drive is not a recommended option for Windows 7/8/10 users.

Backup your system to an external hard drive or a separated partition on internal hard disk could be close to your needs, you can still restore Windows OS from the image file even the OS corrupted, as long as the hard disk not formatted.

After problem analysis and method summary, we found the best way to fix this problem is to use the third party backup software.

Create a System Image to USB Drive with AOMEI Backupper

AOMEI Backupper is more flexible than Windows built-in backup program, which supports create a system image to a NTFS formatted USB flash drive, and so on. 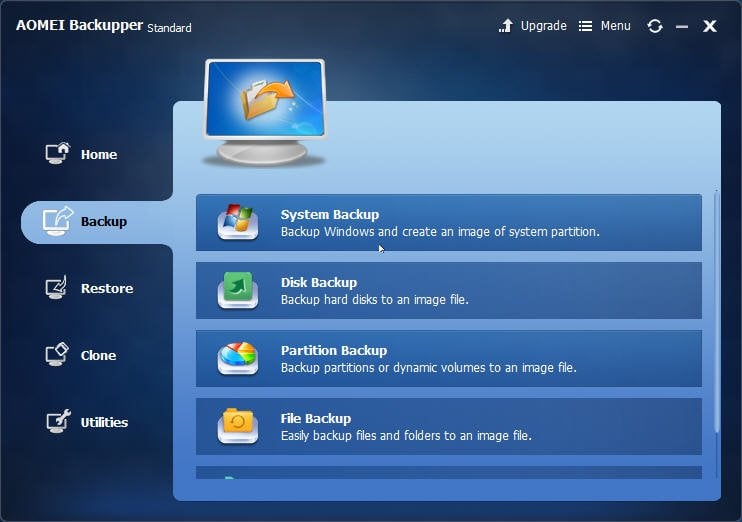 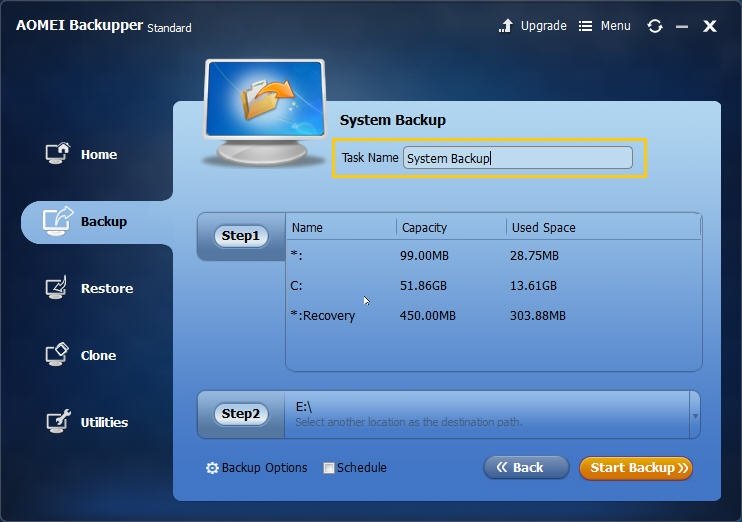 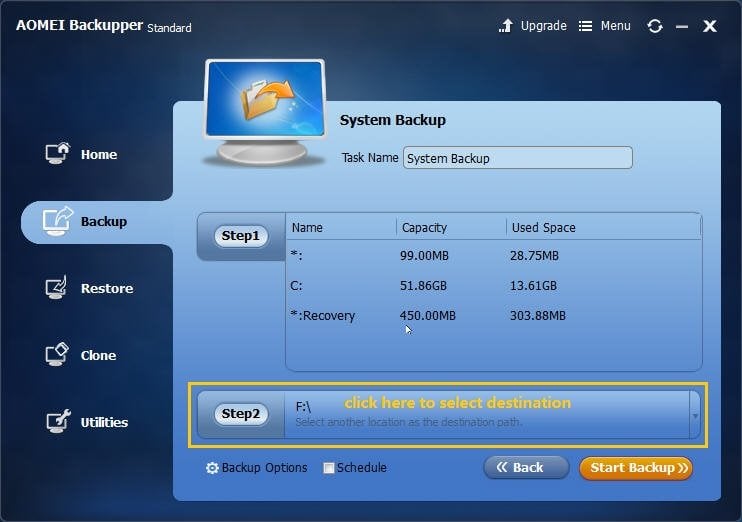 Tips: In the “Step1”, the AOMEI program will select the partition associated with system files automatically to ensure Windows OS could be restored properly. You don’t have to select manually.

Tips: You can configure the image file with “Backup Options”, and set the schedule backup with “Schedule”.

After you backed up, the problem “create a system image not working for USB drive” will be fixed eventually. The mirror image could be saved to the USB flash drive. Please take care of the USB flash drive in case of losing. Then, you can restore Windows Operating System to an earlier state from the USB drive with the image file when your system corrupted.