Whether you want to clone Raspberry Pi SD card to larger card or smaller card in Windows 10 as a backup or for a card replacement, you can learn how to make it easily below.

Case: Can I Clone a Raspberry Pi SD Card?

I want to make a back up of my raspberry pi because I have done a lot of work and repeating the process would take a lot of time. How does one go about making an image of a Raspberry Pi SD card to larger card for Windows 10? A step by step guide would be very helpful!

Can anyone help? I have my Raspberry Pi model 3 image on a 16 GB micro SD card. I tried to clone the card to another card but I find that the new card is a few MB smaller!

What is Raspberry Pi?

Raspberry Pi is a series of credit-card sized and single-board computers that plugs into a computer monitor or TV. It enables users to do basically everything you can expect on a desktop computer. Meanwhile, it has been widely used in many areas for its low cost and high portability.

The Raspberry Pi SD card inserted to the board works as hard drive. If it gets corrupted by power outage, overclocking, or some other reasons, you have no choice but to start from scratch, which is quite frustrating. 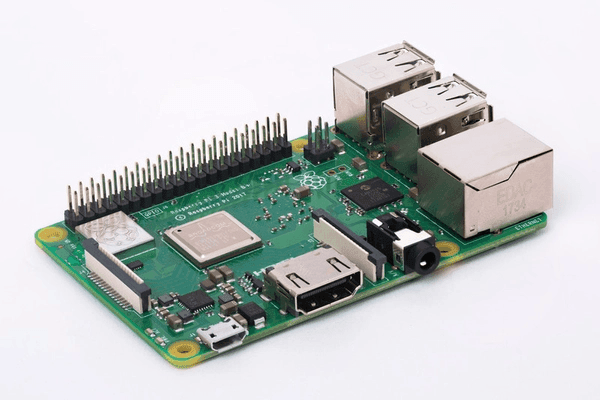 If you’ve been using Raspberry Pi for a while, you probably know it’s a finicky little device. Especially when you use Raspberry Pi as a media center or retro gaming station, the SD card would be crashed and corrupted easily. Thus you may lost everything on it. To avoid this tragedy, you could clone the Raspberry Pi SD card to protect the data.

To clone or backup Raspberry Pi SD Card, the simplest and safest way is to use an effective SD card copier like AOMEI Backupper Professional. It integrates complete features including the Disk Clone to clone Raspiberry CPi SD card easily. To make it, you can connect it as an external hard drive.

In addition, below are some useful features of it:

◆ It is capable of cloning Raspberry Pi SD card to larger card and smaller card successfully with the help of Intelligent Clone feature and Sector by Sector Clone feature.

◆  If you are cloning Raspberry Pi SD card to SSD, it is able to accelerate the reading and writing speed of SSD disk via 4k alignment technology.

◆ You can use it to clone Raspberry Pi SD card in Windows 10 and all the previous system, including Windows 8.1/8/7/XP/Vista.

With all these information, you can get started to clone Raspberry Pi SD card.

Clone SD card to another with AOMEI Backupper:

1. Launch the software, go to Clone tab and click Disk Clone. It will copy everything on the SD card.

2. Select the Raspberry Pi SD card as the source disk and click Next. Then choose the destination disk. In this case it should be another SD card you just connected. Click Next to continue.

3. Customize the cloning as you need, then click Start Clone and wait for the process to complete.

◆ SSD Alignment: for a destination SSD, this option will accelerate the reading and writing speed therefore improve the performance.
◆ Sector By Sector Clone: to create an intact copy of all the sectors, you can tick this option when you want to clone hard drive to larger drive. Otherwise it will only clone used sectors.
◆ Edit Partition: You can use this feature to adjust the destination disk’s partition size and drive letter. Thus, you will never encounter the cloned hard drive unallocated space left issue.

When the cloning is over, you can remove the SD cards, and insert the cloned card to the Raspberry Pi.

And in daily use, it also works as an all-around data protection solution. Thus, you can use it to backup system, backup disk, backup files or folders, etc as you like. Then, when something bad happens, you can use the backup image to get them back in a very short time.